Farrow & Ball's Tips on How to Use Color in Your Home 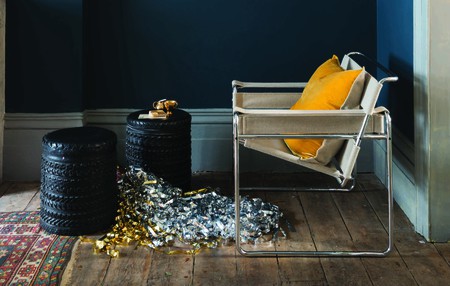 Compared to Greenpoint or Willamsburg, the Boerum Hill neighborhood feels a bit more mature and a bit wiser—like it’s been around for a little while and decided it’s okay to get dressed up just to stay home. It’s home to young professionals and families, with a hip, authentic Brooklyn edge that you just can’t shake, no matter how much the city changes.

Boerum Hill is also the home of Farrow & Ball’s newest showroom, a paint and wallpaper store that brings sophisticated UK vibes (with a spin) to NYC. With four showrooms in Manhattan, this Brooklyn location has been a long time coming. We talked to showroom manager, Eric Stogner, about “all things home,” including the hottest colors for 2018, and one surprising way to use wallpaper to make your space appear larger. 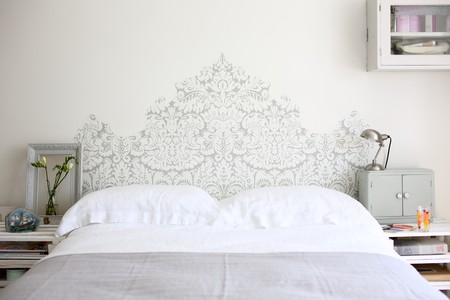 Eric Stogner: One of the trends is painting ceilings in a really dark color. That can have almost the same effect as painting the whole room in white, where it feels more open.

Painting the ceiling black can have that effect of not feeling closed in. Like a void almost, like the night sky. It really opens it up.

CT: Painting the ceiling black vaguely reminds me of that one ’90s trend…you know, where people would stick those glow in the dark stars on the ceiling? Is there an adult equivalent of that?

ES: Well, you could wallpaper your ceilings! The Brooklyn Designer Showhouse did one or two of their rooms with wallpaper on the ceilings. Our wallpaper is made with our paint, so a lot of people just think it’s stenciled on.

CT: What’s been a popular design for wallpaper for the ceiling?

ES: I think stripes is a common wallpaper to do on ceilings, oddly enough. In the Showhouse they used our Bumblebee [wallpaper]. But I think anything can work on the ceiling, it just depends on the space and your preference. 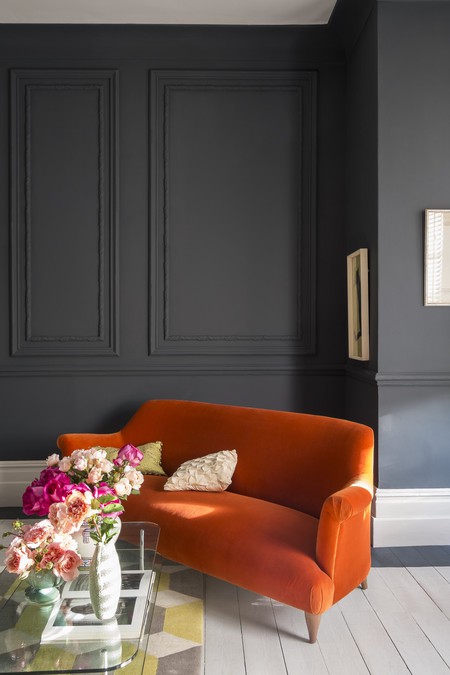 CT: I feel like certain wallpaper can almost close in a room, especially if you’re papering the entire space. What would be your recommendations for a small living room, for instance?

ES: You can do wallpaper just as an accent. That way you have something interesting in a different part of the room without really overbearing [the space].

CT: Have you noticed any particular color or texture people should stay away from?

ES: Usually people would say not to use dark colors because it feels more closed in, but to be honest, just go with whatever you really feel comfortable with. A lot of people like bedrooms with darker colors—it just feels cozy.

CT: What colors are trending right now for 2018?

ES: As far as colors are concerned, pinks have been trending for the past year. Everything from these flesh tone pinks to grey pinks to more lavender pinks.

CT: Do you think that’s going to continue though?

ES: Maybe. It’s always shifting. It’ll probably go to something else, but I know dark colors now are in too, like the dark blues. And not just during fall, but all throughout the year.

ES: Yeah. I think we’ve pushed that more our Instagram [for instance]. I feel like the darker colors and dark blues have been the more recent trend. Dark greens.

CT: Personally I’ve just been waiting for the “millennial pink” trend to end. But I see that it does work well in the home because it’s neutral and you can use it anywhere. It’s classic, sure, but I’m so sick of it….

ES: Honestly, I don’t even like pink. But I painted my bathroom in Pink Ground which is more this flesh tone pink. Colors like pinks and warmer colors are perfect for bathrooms just because you want a color that reflects well on your face. So you want to stay away from greens and yellows. 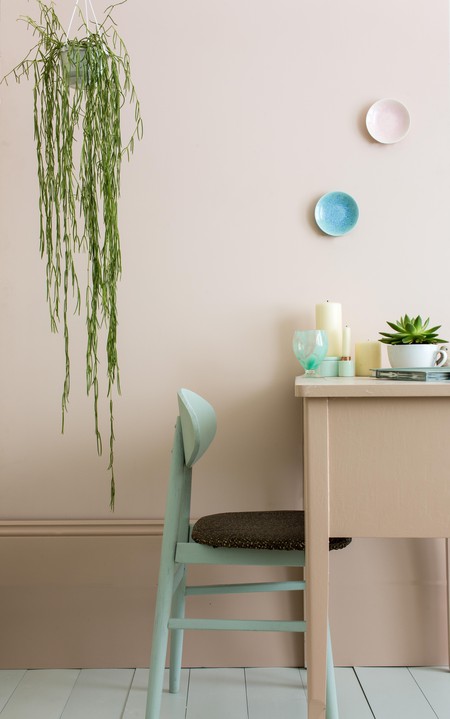 CT: Such a good point! What about blues in bathrooms?

ES: If it’s a very dark blue I feel like that sometimes works. Dark colors also work well on cabinets. Either white or very dark blue. Hague blue is a very popular color a lot of people use [for cabinets].

CT: What are the average numbers of colors used in a small apartment—so you don’t overload the space with a single color?

ES: It really depends on the space, but you don’t want to have too many colors because it doesn’t feel cohesive from room to room. You can find colors that are similar and work well together so you don’t have that feel. On average people end up doing 2-3 colors per space. That’s including the ceiling, trim, and walls.

CT: What about trending wallpaper prints?

ES: Helleborus. This one has the much larger repeat on it. It’s one of the largest scales we’ve ever done on wallpaper. These came out last year and [the beige print] gets the most interest. It has become more popular within the past few months. 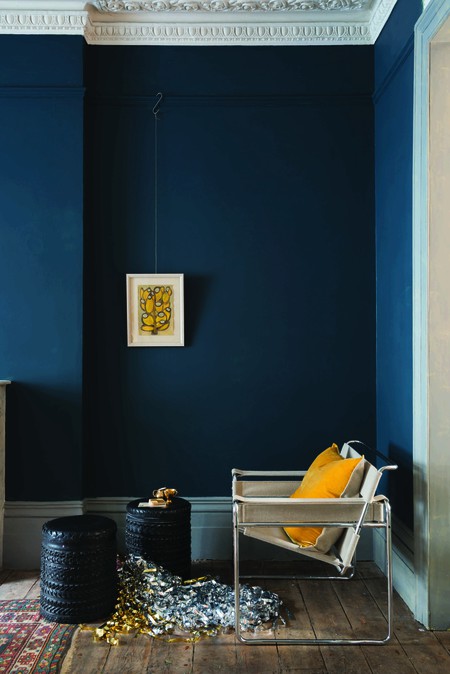 CT: What is the most unusual use of wallpaper that you’ve seen?

CT: Yes, it’s a bit old fashioned, but with the right wallpaper, it could work.

ES: Yes, in the Showhouse they [lined the backs of glass cabinets] and they used the Bumblebee pattern. The cabinets were the Hague color railings and the Bumblebee wallpaper was really bright blue. It looked phenomenal. 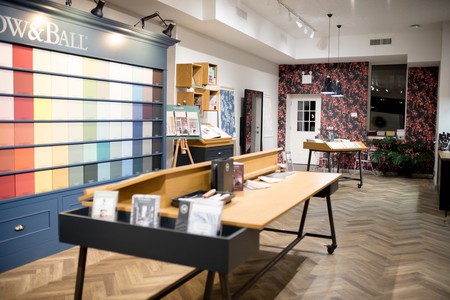 CT: What brings Farrow & Ball to Brooklyn? To Boerum Hill in particular?

ES: We have so many clients in Brooklyn, so naturally we’re going to move where the demand is. But it is a very dynamic community and there’s a lot going on. It was only a matter of time for us to come here.

There a lot of younger families here, similar to the clientele that we would have in Flatiron, and also younger singles who are doing well financially. Luckily our paint gets great coverage so it ends up being the perfect product for these people because in small spaces they wouldn’t need as much.

CT: Since Farrow & Ball is a UK company, how much of the aesthetics /color choices are influenced by the cultural design in Europe versus influenced by New York?

ES: I think typically we had more of that “UK look” as far as our color palette was concerned, and our selection of wallpapers. But over the years, they’ve really tried to get away from that and be less traditional and more progressive with some of the patterns. Now [NYC] is a big part of the company, so it makes sense to make things that appeal to our clientele.

Editor’s Note: Farrow & Ball’s newest wallpaper collection, which will be released February 8, was a collaboration between color consultants in the US, France, the UK, and more.

For more stories on wallpaper tips and design in Brooklyn, check out our exclusive video with Flavor Paper here.