Cuban born Sophia Lamar meets me for an afternoon coffee at the Soho Grand Hotel in Manhattan, and looks incredible, despite having been out drinking to five a.m. the night before. An international party girl, who was a member of New York’s Club Kids scene until its founder, Michael Alig, was convicted of murdering a drug dealer, dismembering his body, and dumping it into the Hudson River, Lamar is still a major player in the downtown party scene. She’s appeared in art house independent films, and has been photographed by Mario Testino, David LaChapelle, and Terry Richardson, with spreads appearing in V, Vogue, and Paper.

Artist Chris Luttrell shot her in his Brooklyn studio for Culture Trip, where Lamar pulled outfits from household items, (plastic fruit netting, a blanket, a feather) to fashion a couture look that shows her breadth of style. And speaking of style, on the subject, Lamar tells me, “You’re born with style; you might acquire it with experience but fashion is a trend, a fad. I hate how it’s being used as a status symbol. ‘Look at my Chanel purse;’ it’s awful when people don’t look like they ‘own’ the piece. You can spend a lot of money on clothes and accessories and look like you stole them.”

“Halloween is the one day a year people dare to dress like someone other than themselves. I do that everyday, and never go out on Halloween,” Lamar tells, me, sipping a black coffee and looking posh in a slip over jeans, with a thin black sash around her neck, fashioned like a tie. “Girls tend to dress sexy; sexy nurse, sexy police officer, sexy cab driver. Gay men go for military looks, and shirtless, of course — shirtless police officer, shirtless fireman. All of these are cliches. Stay away from cliches; your look will be so much better.”

So what does Lamar think makes a good costume? “You want to be elusive. I hate when people ask me ‘who are you supposed to be’? Such a stupid question. I’m just me with a wig or makeup.” 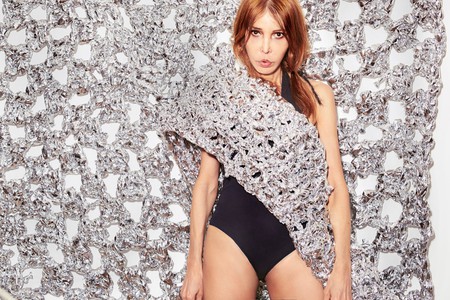 An expert in fantasy dressing, Lamar explains that you should keep adding things until you achieve “aesthetic harmony.” She adds, “Be sure to dress properly for your proportions and pay attention to silhouettes. The most important thing is to use your imagination Sometimes I wear things upside down, like a coat. I used to glue pieces of red fabric to my shoes. I always got asked about them: ‘Are those Margiela?’ And I’d say, “no, this is style.'”

Born Enrique Muñoz, Lamar tells me that everyone started calling her Sophia when she was a young boy with a penchant for wearing false eyelashes. “I wore lashes to the ballet in Cuba. As a social deviant, I was sent to a ‘reeducation camp.’ When I got to America, I started dressing more androgynous and then I started taking hormones, and eventually got a sex change surgery. Voila. I call myself one; synchronized. I don’t care for all these PC terms. I’m just me.”

As for her beauty regime, did I mention her skin is flawless, Lamar swears by good hygiene, and cheap products. “I never go to bed without washing my face. I drink two glasses of water before bed every night. I take DHEA hormone (you can get it from a health food store). I eat really well, nothing processed because you are what you eat. I love Retin-A because when you get older your skin doesn’t turn over as quickly as it used to. Retin-A helps keep the pace. I also suggest products with retinol. And lots of coconut oil to balance out the peeling from Retin-A. And the purest vitamin C serum you can find. There’s no need to buy expensive creams.” 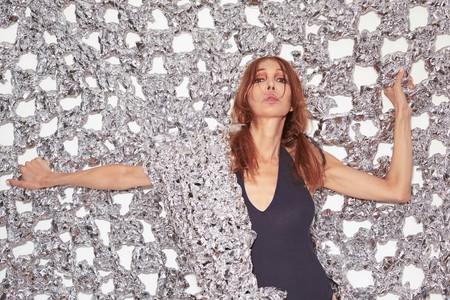 When it comes to make-up, this queen of the night has her staples: false eyelashes, Sharpie for eyeliner, and Nars Luminous foundation. “I love Ardell false eyelashes in demi. These add volume, which gives your eyes more of an impact. Use a magnifying mirror, and apply the glue to your lashes, and then apply. Never apply glue to the lid. I buy the cheapest mascara, and Nars or M.A.C. eyeshadow. As for brows, oh, god, I never learned how to do them, so sometimes they come out amazing and other times I look really angry. I consider not being able to do my brows one of my failures.”

The key to fantasy dressing, so I’ve come to learn over the course of this chat, is to be creative, not garish, like you’re trying too hard. It helps to envision the person you want to become. As such, some of Lamar’s favorite fashion haunts include army and navy stores for military style items. “Uniform stores are great too. Use your imagination. And of course check out secondhand shops. In Soho, I love the store If, and I covet Yves Saint Laurent under Hedi Slimane (not so into it now.)” 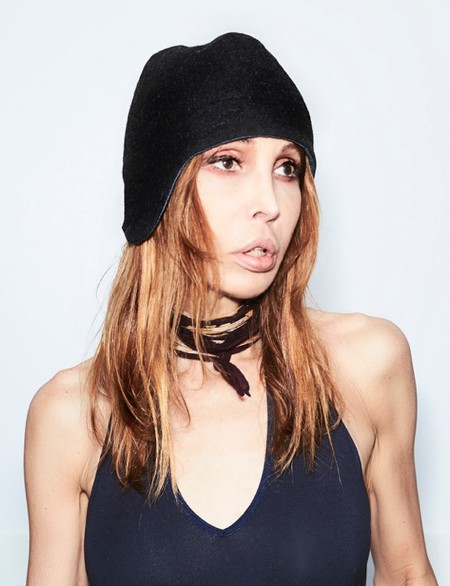