Love Is the Brooklyn Way for This Family Butcher Shop

Anthony’s Butcher Shop & Deli is a family-run and-operated shop which embraces and celebrates the tight-knit eclectic community that comprises the south Brooklyn neighborhood.

Anthony Perricone has a welcoming jovial demeanor when a customer enters his shop. He knows their names, he knows about their families, and he knows—more times than not—what their order will be. That’s what it’s like at Anthony’s Butcher & Deli in Bay Ridge, New York.

While Anthony’s, run by Anthony, his wife Rosemary, and their daughters Michelle and Christina, is an Italian deli, it caters to all of its patrons, whether they’re Greek, Hispanic, Middle Eastern, Irish, or Russian. That’s the mentality of the local shops in Bay Ridge—it’s a family neighborhood where residents and business owners strive to help each other out.

“I love to talk to people,” Perricone says. “When I see someone happy, it makes me happy. When I’m behind that counter I help the customer the way I would like to be helped. We want to make sure they’re comfortable, make sure they’re happy.

“I bring love into what I do and that’s what makes it special.” 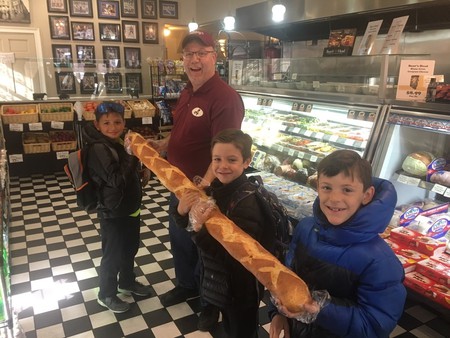 Perricone was born and raised in Bay Ridge. He grew up making deliveries for his uncles’ butcher shop, learning the ins and outs of the business, and, of course, how to deal with people. Perricone opened his own shop in December 2014. Located on 3rd Avenue, Anthony’s offers everything from meats, cheeses, and sandwiches to speciality dishes.

“We had been talking about it one night and literally three weeks later we signed a lease,” Michelle says. “We all had faith and confidence in each other, and here we are three-and-a-half years later.” 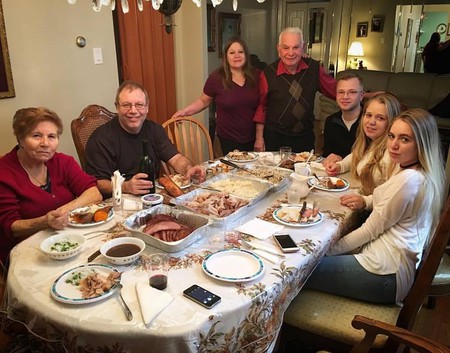 It wasn’t easy at first, especially opening a few weeks before the holidays, but Perricone and his family persisted. That strong work ethic was passed down from Anthony’s parents—Anthony Sr. and Frances— who came from a family that had nothing. What might have been overwhelming at the beginning has now become old hat as Anthony’s has evolved into a Bay Ridge staple.