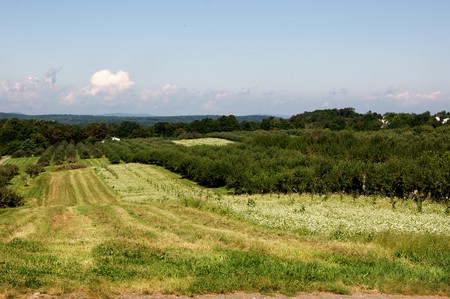 Just 20 minutes from the Hudson, NY Amtrak station and two hours from New York City lies the quiet, historic village of Kinderhook, NY (and incorporating areas of neighboring Valatie) in Columbia County. Spend a day here, explore beautiful stretches of pastoral farmland set against the stunning backdrop of the Berkshires, and explore the rich history of this little village in the gorgeous Hudson River Valley.

Whether or not it strikes a bell, you’ve likely already heard of Kinderhook. Discovered by Henry Hudson in 1609, many of the modern-day locals here still bear the names of their Dutch ancestors. This town is the birthplace and burial site of the eighth President of the United States, Martin Van Buren; it was, contrary to popular belief, the inspiration for Washington Irving’s The Legend of Sleepy Hollow; it was the former convalescent site of notorious turncoat Benedict Arnold; and it was where Aaron Burr hid after fatally shooting Alexander Hamilton in a duel. Today, Kinderhook is a vibrant agricultural community, with pick-your-own farming, a distillery, and phenomenal food. 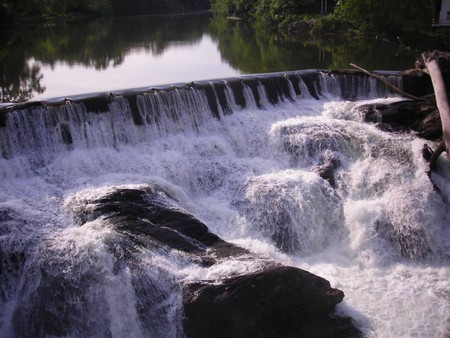 Start your morning in Kinderhook with a pitstop at Bagel Tyme. All bagels are made fresh on-site, and this eatery serves as a local hangout.

Once you’ve fueled up, bike or drive half a mile to Samascott Orchards. Samascott comes to New York City nearly every day in the summer and autumn to sell their produce at various farmers’ markets, but from May until November, they have an on-site farmer’s store and a ‘pick-your-own’ policy. Visit their website for a list of the fruits and vegetables that you can pick based upon what’s in season. In the summer, they even make their own ice cream. 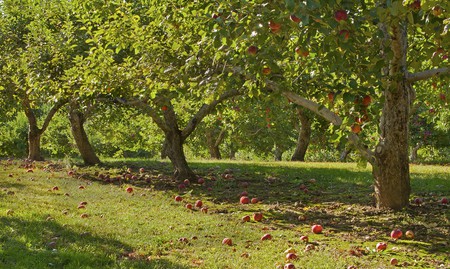 After you’ve had your fill of high-end moonshine, take in Kinderhook’s surprising number of historical legacies. Visit the Martin Van Buren Historic Site to learn about the life and politics of this antebellum president, the colonial Van Alen House, and the Ichabod Crane Schoolhouse. For more information on Kinderhook’s historic offerings, check out this guide to Kinderhook’s local history. 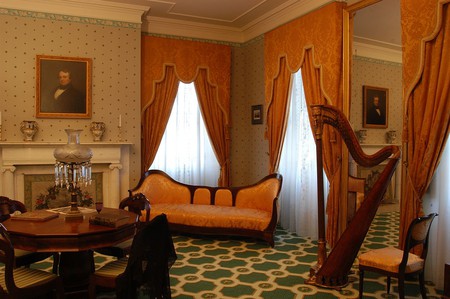 Politics before the Civil War was a whirlwind of opposing interest groups. Martin Van Buren was able to unite those groups becoming president in 1837, but he was unable to gain a second term. As frustration and violence over the extension of slavery grew in the 1840's, Van Buren ran for the presidency twice more from this house. He hoped for re-election but failed, ultimately, just as the union. | © National Park Service Digital Image Archives/wikicommons

Staying for dinner? The Flammerie is an upper-scale beer hall located in the heart of the village which serves gustatory delights in farm-to-table German, French, and Alpine cuisine, from flammkuchen to spaetzle. Originally a local foodtruck and catering business, three years later, this restaurant is packed on weekends. Head Chef and co-owner Andrew Chase is a Culinary Institute of America graduate, and his wife Conny manages the business with experience in event planning. They’re so popular that reservations are typically required, so plan ahead. 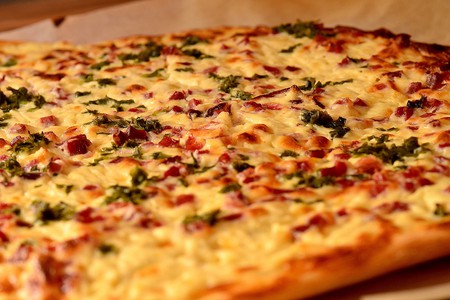 The Hudson Valley is an ideal escape from New York City in the warmer months, so be sure to pay historic Kinderhook a visit.