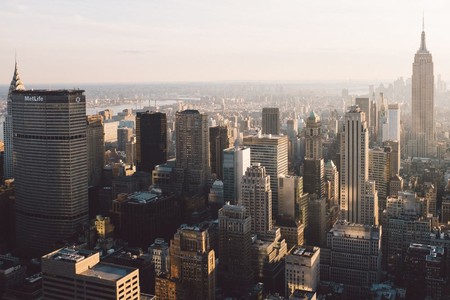 Famous for being famous is a phenomenon that – with reality shows, blogs and social media – has become incredibly common in today’s society. Everyone can reach out and instantly become a viral trend, proving Andy Warhol right in predicting that ‘In the future, everyone will be world-famous for 15 minutes.’ One of the first people to become a celebrity simply fby being herself was Warhol’s muse Edie Sedgwick. Read on for her intriguing life story.

‘I came to New York to see what I could see — that’s from a children’s book, isn’t it? — and to find the living part.’

Edie Sedgwick grew up in an isolated, wealthy family. Her father suffered from mental illness and was advised not to have any children, but with his shy and emotionally unstable wife, he went on to have eight children anyway. Living on a remote ranch in California, Edie and her seven siblings had no real connection with civilization and were taught to live in obedience of their father’s strict rules.

Edie developed an eating disorder when she was 13 years old, at which point her father locked her up in hospital. After years of struggling in several mental health facilities, she briefly studied art at Harvard and Cambridge, and had to endure the death of two of her brothers. It was then that she moved to New York.

‘I act this way because that’s the way I feel like acting. If people like it – fine. If they don’t, that’s their problem.’

Edie moved in with her wealthy grandmother in Manhattan, who had given her a trust fund to live off. As an aspiring model, she took dance classes, applied for modeling jobs, and hung out with fashion’s elite — and thus, she came across Andy Warhol in 1965. Warhol was said to be immediately fascinated and inspired by her, resulting in Edie appearing in no less than 18 of his films, as well as becoming a regular guest at The Factory, Warhol’s’ studio/society club. Soon after, Edie officially became Andy Warhol’s muse, and a party wasn’t considered a success if Andy and Edie didn’t show up together.

‘It’s not that I’m rebelling. It’s that I’m just trying to find another way.’

Warhol was of the opinion that film was the ultimate invitation to narcissism, and grabbed this opportunity with both hands. In his first project with Edie, called Poor Little Rich Girl, the audience can see Edie trying to entertain herself in a luxury apartment, dressed in nothing but her underwear. Warhol said that Edie was incredible on camera, as she never stopped moving for a second, resulting in most of their films being nothing more than a straight following of her movements. If it wasn’t for art, you could call it plain voyeurism. But as Warhol once said, ‘art is what you can get away with.’

But it was exactly that which made Warhol’s art successful. He was fascinated by the disposability of the commercial world, and the emptiness that came with it. Although adventurous and lively, Edie Sedgwick had a certain kind of emptiness in her eyes, which made her the perfect subject for Warhol’s projects. By letting his muses appear in his art, as well as his social life, Warhol was known for having the ability to turn people into “superstars.”

‘I had no money. My parents closed down all credit. I couldn’t get any money, and they were trying to lock me up again because I’d taken acid and told my psychiatrist about it.’

Although Edie had a great interest in art herself, in Warhol’s films she was mainly used as an object. The films didn’t generate much money, forcing Warhol to fund them with the money he earned with his paintings. It is said Warhol hoped that Edie’s talents would take him to Hollywood – a place so plastic he wanted to be a part of it – but the more Edie got into The Factory scene, the more she lost herself in the world of drugs. After her inheritance had run out and her parents refused to give her any money, Edie demanded Warhol pay her more. But instead, as their films had failed to achieve any commercial success, their artistic collaboration came to an end.

‘The way those sons-of-bitches took advantage of me. Warhol is a sadistic faggot.’

After being Girl Of The Year in 1965, Edie found herself empty handed. She no longer visited The Factory, didn’t receive any financial support, and was coping with a serious drug addiction. It was Edie’s desire for adventure and connecting with life that led her to create artistic projects, but it was her desire for feeling emotions other than the emptiness and depression her youth had left her with that led her to drug abuse.

Based on statements made by various artists that knew her, Edie never failed to leave a wild impression. Actor L.M. Kit Caron said that she would almost do anything that came into her head, whereas musician Danny Fields remembers her as ‘a needful person, showing signs of self-destructiveness from the beginning – from the Mercedes that she crashed while driving on acid to the fires she started.’ She’s often been called crazy, but others say it was just the drugs that provoked her reckless behavior. It was this wildness that made Edie stand out from the crowd, but sadly, it was this same wildness that eventually led to her overdose at the early age of 28.

In her short life, Edie has clearly managed to leave a footprint. She wanted to feel everything, see everything, and be part of everything. Her artistic talent resulted in her developing her own unique style – including a silver blonde pixie cut, leopard print and heavy eyelashes — which is still a fashion inspiration today. Looking back, her life contained some deeply tragic elements, but the way she channeled these negative experiences into a determination to live life to the fullest was inspirational. And as Warhol rightly said: ‘The idea is not to live forever, it is to create something that will.’