Did You Know Barbara Stanwyck Was Born In Brooklyn?

In the 1910s, the Brooklyn neighborhood of Flatbush was home to a quiet but feisty street kid called Ruby Stevens. Her brother Malcolm later recalled she was “the leader of any gang” they played with. It was not a bad start for the future Hollywood leading lady Barbara Stanwyck.

Old movie stars are not fixed in their firmaments. Changing tastes and the constant reappraisal of their work and images means some stars wax and and others wane.

Whereas Joan Crawford and Bette Davis were once considered exemplars of female power, for instance, Barbara Stanwyck has supplanted Crawford in the last 20 years.

There is no arguing with the conviction in Stanwyck’s ruthless, manipulative, or morally slippery characters in films as varied as Stella Dallas, The Lady Eve, Double Indemnity, The Strange Love of Martha Ivers, and Clash by Night. Such women are Teflon on the outside but fragile within. They get to the heart of many an independent woman’s dilemma, the toss-up between self-reliance and another adult’s embrace. 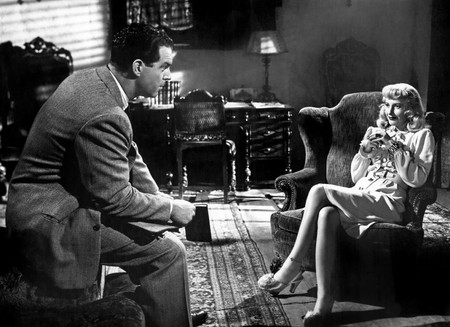 It was not all acting. The resilience in Stanwyck’s persona was forged on the streets of Brooklyn and via the circumstances of her tragic early life. The fourth daughter of Byron and Kitty, she was born Ruby Catherine Stevens on July 16, 1907 at 312 Classon Avenue, between DeKalb and Lafayette avenues, in the Clinton Hill neighborhood of Flatbush in north-central Brooklyn.

Though her brother Malcolm was just two years older, Ruby was very much the baby of the family. Her eldest sister Millie, a struggling dancer, was 21 and married, while Maud and Mabel, sales clerks at a dry goods store, were 19 and 17.

Life was not easy in the Stevens household. “Byron Stevens was a strict father with a fierce temper and frequently lashed out at his daughters,” Victoria Wilson writes in the definitive biography of the star, A Life of Barbara Stanwyck: Steel True, 1907-1940 (Simon & Schuster). He drank heavily, and had skipped out on the family briefly in 1904 when they were living in Chelsea, Massachusetts. Maud, then 16, had retrieved him from Brooklyn. Malcolm Byron was born the following year. 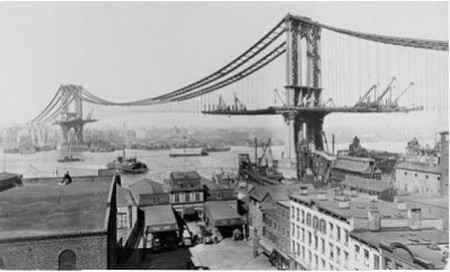 Brooklyn view of the Manhattan Bridge under construction in 1907

Disaster struck shortly after Ruby’s birthday in July 1911. Pregnant with a sixth child, Kitty was traveling on a streetcar when a drunk fell and kicked her. She fell from the car and hemorrhaged. A partial miscarriage led to septicemia and she died the following day.

Byron went to pieces. He abandoned Malcolm and Ruby, and in early 1912 boarded a freighter to get a job on a work crew digging the Panama Canal. Ruby never saw her father again. He was returning to New York in 1919 when he died at sea.

It’s not known precisely where Ruby and Malcom lived in the next few years. Wilson reports that they were passed “from tenement to tenement, to whatever family would take them in for a few dollars… . Ruby would earn her keep scrubbing toilets, doing whatever she could to stay alive.” Millie helped pay for their upkeep.

Effectively orphaned at the age of four, the future Barbara Stanwyck did not languish. If she went through a psychosocial crisis, she overcame it. Since she already had the example of Millie as a performer in the family, as well as the legacy of Kitty’s interest in watching her daughters dance and act at home, it need not be assumed that her career grew out of a yearning to be noticed and appreciated (though that could also be true).

What is clear is that a scrapper survived Kitty’s death and Byron’s flight. “The only game I can remember playing,” she told an interviewer, “is the game of fighting…When you live like that you always take care of yourself first, because there’s no one else to do it.” Separated from Malcolm when a family took him in, she emerged from a screaming fit “with a terrible fighting anger.” A pattern of resistance emerges — and of independence. Enrolled at P.S. 152, she had to sign her own report cards.

In 1916, when Ruby was eight or nine, she went to live with Mabel and Harold Cohen, friends of Maud and her husband, and their four children at 2586 Bedford Avenue, near Ditmas Park in Flatbush — the bay-windowed house is still standing. The Cohens taught her table manners, brushed her hair, and “tried to stop me from swearing.”

Two years later, with Mabel Cohen pregnant again, Ruby had to move in with Maud, her husband Bert Merkent and their son Al, Ruby’s cousin, at another Bedford Avenue house. By 1919, Malcolm had joined them, but — like father, like son — he soon ran off to sea. The Merkents, Ruby, and Mabel and her husband, Giles, as well as their son Gene then moved into a small brick house on Vanderveer Place in Flatbush. The Merkents and Ruby subsequently moved to Avenue L and 36th Street in Midwood. 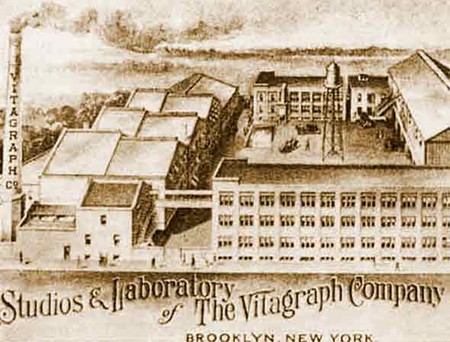 For fun, 12-year-old Ruby would often drop by the nearby Vitagraph Studios to peek at movie stars leaving the premises. Around this time, she danced in a recital at the Masonic Temple in Fort Greene, Brooklyn — her first public appearance. She joined an amateur dramatic society and performed in plays at movie theaters, also appearing in pageants. No one knew it, but a star was being born.

Our early environment shapes us. Places in themselves may not have as much psychological effect on character as relationships with parents, first, siblings, other relatives and other people who help us or harm us.

Left in different ways by her mother and father, pushed from “pillar to post” (in her own words) as a pre-teen, Ruby did not want from affection from family friends and her brother and sisters growing up.

Nature made her a fighter; the fighter received some nurture, if not all that it might have been. It’s impossible not to see vestiges of these influences in Stanwyck’s greatest performances — as Stella Dallas, Sugarpuss O’Shea, Phyllis Dietrichson, Mae Doyle, and the others. Since they had all been children and teenagers, too, they would have been a lot like Brooklyn’s Ruby Stevens. 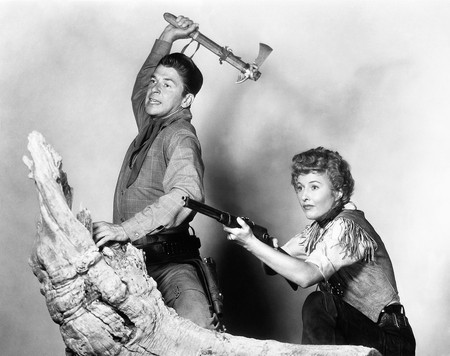