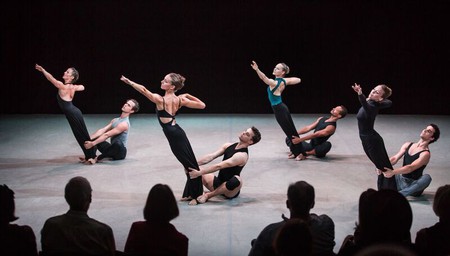 The convenient thing about genius is that it’s easy to overlook the hard work that went into creating the legend. Martha Graham‘s legend rises out of her dances based on myth. Choreographers before and since did the same, but hers are distinctively recognizable and timeless. Graham’s contributions to both dance and American culture are considerable.

2016 marks the 90th anniversary of the debut of the Martha Graham Dance Company, the 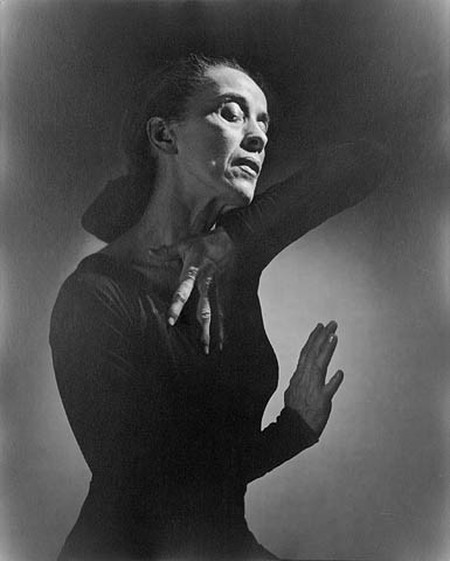 oldest in the US. The Pennsylvania-born/California-raised Graham (1894-1991) began her career with modern dance pioneers Ruth St. Denis and Ted Shawn. Since dance training and performing were nonexistent in early twentieth-century America, Denishawn (Denis+Shawn) were truly pioneering. They, their protégé Graham, along with Merce Cunningham and Paul Taylor (two of many Graham dancers who redefined modern dance) changed that. Graham performed until she was in her 70s, choreographed into her 90s, established her own school for all ages and abilities and toured under the auspices of the US State Department and generous patron Batsheva de Rothschild. The company’s upcoming tour takes them to Cuba for the first time.

Graham was also a master teacher outside the studio. The advice Graham provides in the 1957 documentary A Dancer’s World is applicable to any endeavor. Her company continues her advocacy with GrahamDECONSTRUCTED, hour-long lectures/demonstrations/performances talking place as part of their Graham Studio Series. The opening session of the season examined Dark Meadow. A plotless exploration of the sexes, the 1947 work is being reintroduced to dancers and audiences alike after a long absence from the repertory. The 50-minute piece is currently presented as a suite arranged by Artistic Director and great former lead dancer Janet Eilber. She first had the dancers perform two brief excerpts without Carlos Chavez‘s Library of Congress commissioned score. Later the music was heard on tape, but neither Graham’s costumes nor Isamu Noguchi‘s set were used. 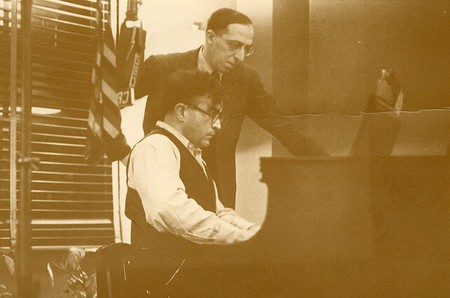 Next Eilber interviewed 92-year-old Stuart Hodes, a company member and Graham’s frequent stage partner from 1947-1958. The decorated World War II pilot, master teacher, and author mentioned that Dark Meadow was among the first pieces he learned, and that he and Ethel Winter became ‘one body’ during their duet. He continued that, despite management concerns about taking Dark Meadow and its overtly sexual overtones on the road, Graham kept programming it and audiences liked it.

The program ended with a longer look at Dark Meadow. The women are joined by One Who Seeks (Anne O’Donnell), who dances alone. Eilber emphasized the ‘counterpoint’ that exists between Chavez’s score and Graham’s choreography (theirs was a long-distance collaboration), making the moment when One Who Seeks joins the group spiritual. The men and He Who Summons (Lorenzo Pagano) were more ebullient. One of their dances is known as ‘The Fetish Dance’; Noguchi’s props and phallic set pieces were not missed because Graham’s gleeful macho posturing left little to the imagination. 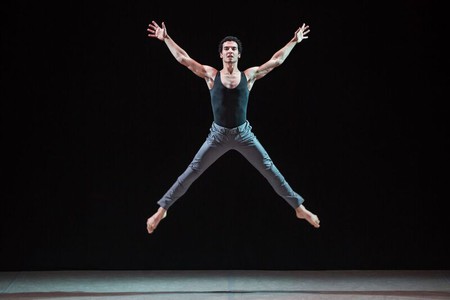 ‘Deconstruction’ didn’t take away from Dark Meadow. Not when hearing the dancers’ collective breath or seeing how they see each other, and just as Stuart Hodes described, Anne O’Donnell and Lorenzo Pagano were indeed, ‘One.’

For a schedule of GrahamDECONSTRUCTED and other Studio Series events, please click here.

Those unable to see the Martha Graham Dance Company on tour or at their Manhattan studio can still visit them and their founder on Google Arts & Culture. There, they will find a generous selection of photographs, archival material, and videos documenting Graham’s legacy and technique. Among them are Ninety Years Ago Tonight, an account of The Martha Graham Concert Group’s debut, is excerpted from Neil Baldwin’s book-in-progress, Martha Graham: When Dance Became Modern.

December 19, 1937’s inclusion is luck. Photographer Robert Fraser attended that performance of Martha Graham and Dance Group, taking 170 photographs of iconic Graham solos Frontier and Deep Song, the lost solo Immediate Tragedy, the ensemble (including future company directors/choreographers May O’Donnell, Sophie Maslow, and Anna Sokolow) masterpieces Celebration and Chronicle. Like YouTube videos of live performances, photographing them poses literal problems. Fraser’s taken from the front row are excellent, because he knew exactly who and what he was documenting – that night marked Deep Song’s world premiere. However, the photographs weren’t discovered until after Fraser’s death in 1998 by his son Doug, who restored the negatives he and his family donated to the Company.

Oliver Tobin, a Graham instructor and a former dancer, curated and designed December 19, 1937 along with the other Google exhibits. He reconstructed the photos in the order the pieces appeared on the program. More Google exhibits will be added, something Tobin feels is appropriate since, ‘Martha Graham collaborated with so many innovative minds outside of the field of dance, it made sense that our two very different companies could come together and create some magic.’