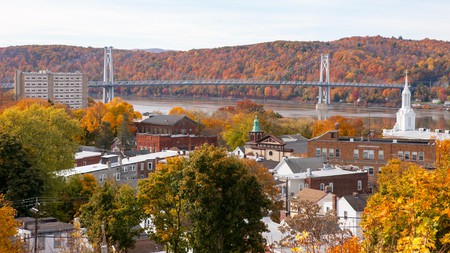 Read this ready collection of bookable travel ideas inspired by what you love. From cruising on the Hudson River to sleeping and dining by the Fishkill Creek waterfalls, discover the things to do, where to stay and the best spots to eat and drink in our definitive guide to upstate New York.

Where upstate New York begins and ends depends on who you’re asking, though it’s widely considered to be everything in the state that’s not New York City, including the Catskill Mountains. Heading north of the Big Apple to New York’s green spaces is a popular weekend break for residents of the five boroughs, with plenty of hip hotels, restaurants and experiences to choose from. But the best ones? Culture Trip handpicks those you need to know. 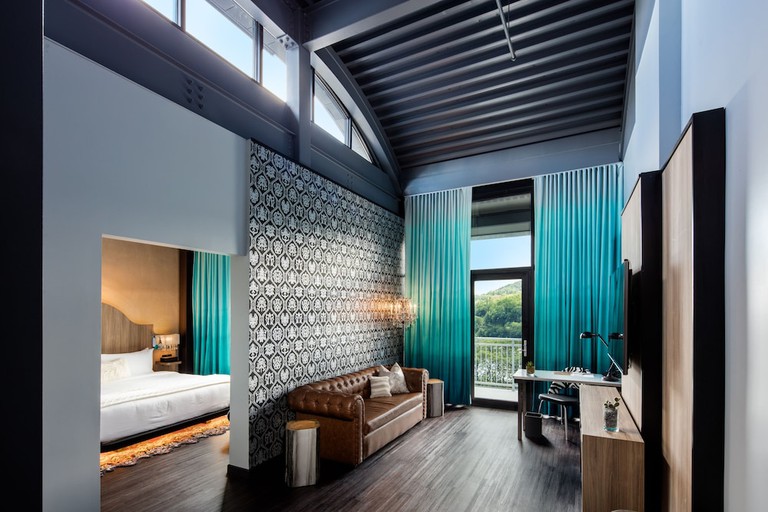 © Courtesy of The Time Hotel Nyack / Booking.com
View Rooms
The Time has all the frills of a luxury hotel, but with a price tag that won’t make your wallet wince. Rooms are spacious and decorated in a mid-century-meets-modernist style, thanks to its Turkish rugs shaped like Lego pieces, its backlit beds and its gilded wallpaper. The outdoor pool area makes for a great space to soak up the sun with a cocktail in hand, while after-dark drinks come courtesy of the moodily lit BV’s Grill.
More info 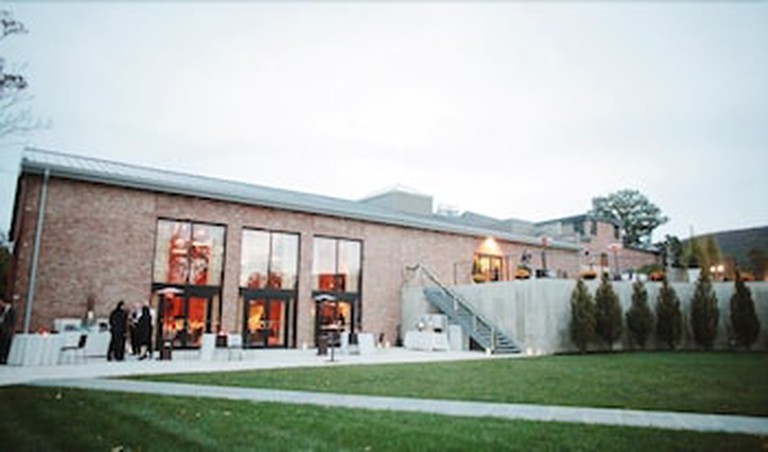 © Courtesy of The Roundhouse / Booking.com
View Rooms
A bastion of minimalist-chic decor, the Roundhouse brings a slice of Manhattan upstate. Sitting somewhere between an Eames-influenced urban space and a rural hunting lodge, it has hordes of trendy young people scrambling to book a room. Since it’s next to the falls of the Fishkill Creek, you’ll be serenaded by the tinkling of water and the crashing of the falls throughout your stay. Highlights here include a cracking restaurant and an in-house yoga instructor who can get you in Zen mode on request.
More info 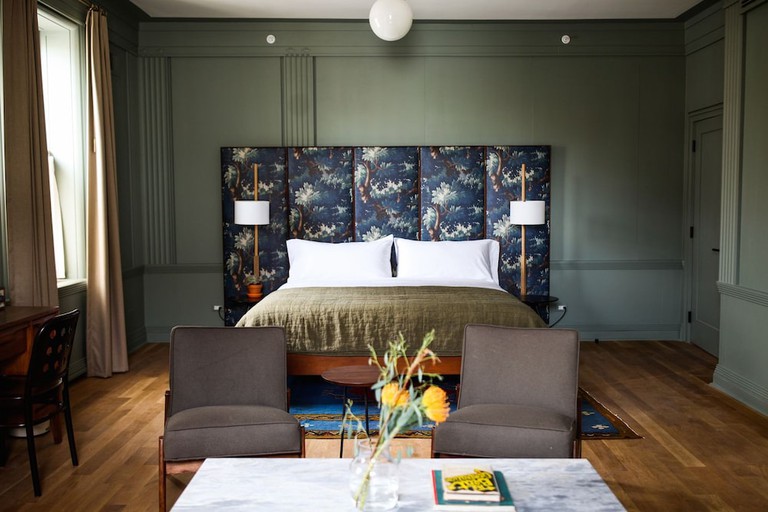 © Kinsley Hotel / Expedia
View Rooms
You’ll find the design-led Hotel Kinsley in a former bank between the Catskill Mountains and the Hudson River. Revived at the hands of lauded interior designer Robert McKinley, this place has all the honeypot items that attract the well-heeled – like sumptuous Turkish rugs, a Farrow & Ball color palette and mid-century furnishings. Chuck in an uber-chic restaurant that serves an American-accented menu – highlighting local produce with dishes like New England clam chowder and fried chicken with potato salad – and you have yourself the ultimate weekend getaway.
More info

Stroll the Walkway Over the Hudson 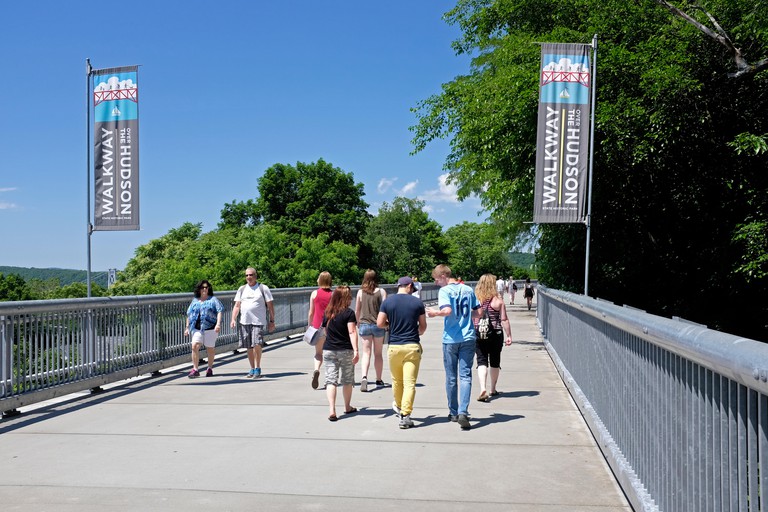 © James Nesterwitz / Alamy Stock Photo
Holding the title of the world’s longest elevated pedestrian bridge, the Walkway Over the Hudson is a must-visit while on a trip upstate. At a length of about 1mi (2km), it offers a decent workout if you walk or jog from one side to the other – but while doing so, take in the panoramic views of the Hudson River below. The walkway was constructed in 1889 as a railroad bridge, so visit with a guide to take away a history lesson too. 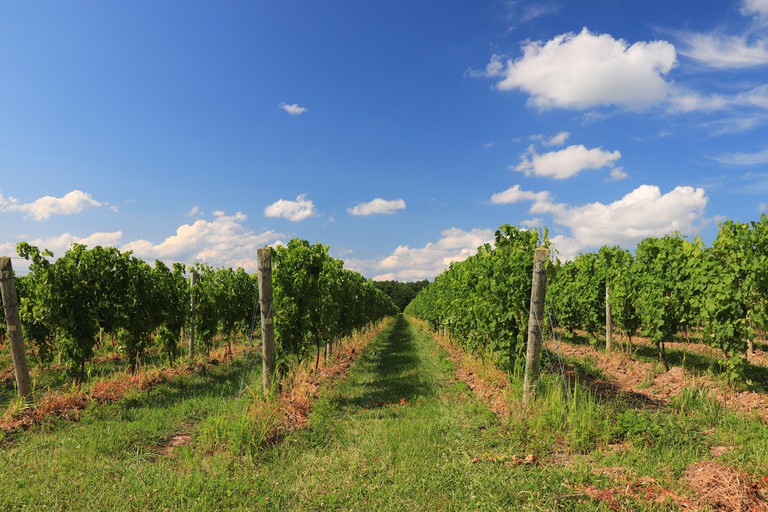 © Patricia Delisle / Alamy Stock Photo
Upstate New York might not be a destination you think of as a leading American wine region, but it is in fact home to America’s oldest winery, Benmarl Winery, and a range of award-winning vineyards. Wine growing in the region dates back to as early as the 17th century, while Benmarl Winery was started in the 1800s by Andrew Jackson Caywood, before being bought by the Miller family in 1957. Stop by to get a taste for this history and its selection of wines; the rosé comes highly recommended. 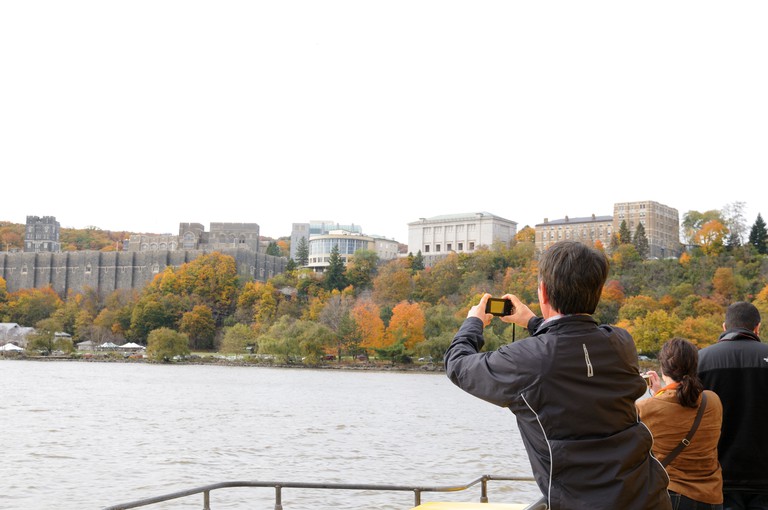 © Terese Loeb Kreuzer / Alamy Stock Photo
The Hudson River is hard to miss, flowing from north to south through the state of New York – and it acts as the beating heart of upstate New York, with many towns built on its banks. Dedicate some time to exploring it from a boat, soaking up the sun as you take in the river’s history. Your guide will narrate the significance of the cultural sights as you cruise past.

The Hudson House of Nyack 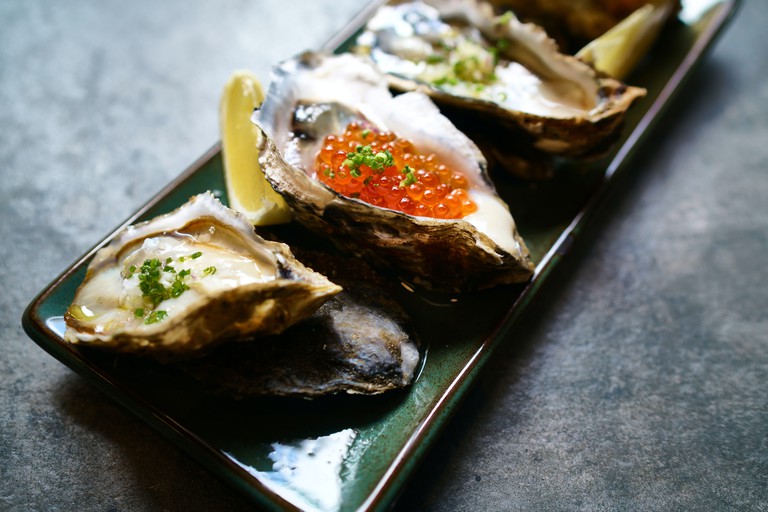 © Bruce Chapman / Unsplash
Formerly a village hall and jailhouse, this historical building is now home to one of Nyack’s most-loved restaurants. Although you won’t run the risk of being locked up, you’ll find yourself never wanting to leave – thanks chiefly to its Mediterranean-inspired menu and spritely atmosphere. Expect to dine on Berkshire pork chops served on a bed of white beans, chorizo and fennel, alongside classic strip steaks and fresh oysters with horseradish granita. 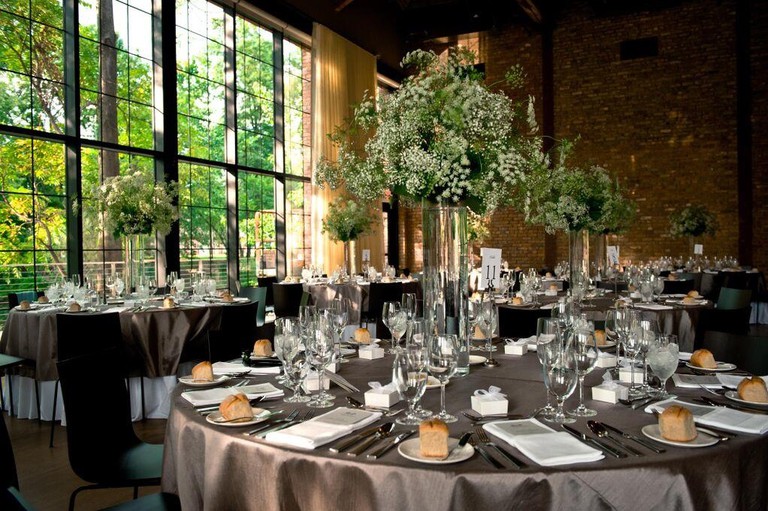 © The Roundhouse / Booking.com
If you don’t get a chance to stay at the hotel, stopping by for a meal is definitely the next best thing. With the Roundhouse’s floor-to-ceiling windows that look directly out over the Fishkill Creek waterfalls, you’ll find it hard to draw your eyes away from the view – but trust us, the food will do a fine job of distracting you. The menu is ever-changing but has a distinct American focus; barbecue flavors are a fixture, with staples like hickory smoked chicken, beef brisket and ribs with all the trimmings. If the weather permits, dine outdoors on the patio next to the falls. 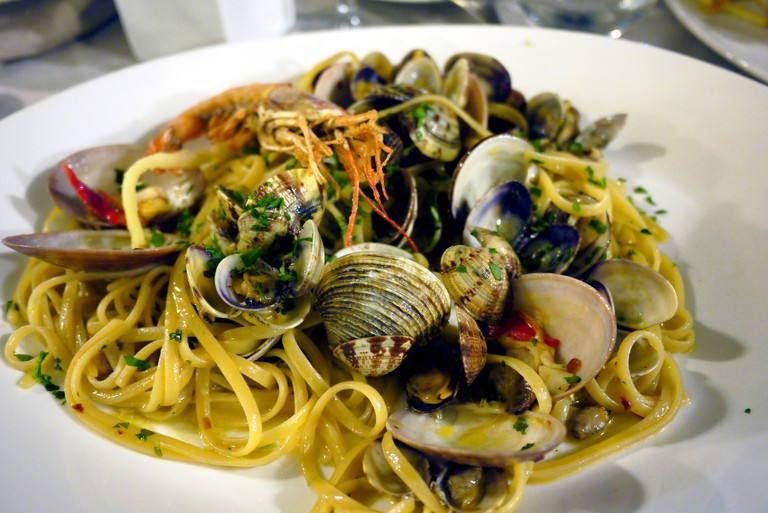 From pasta to Canadian cuisine, Jasper has many delicious dining options | © LB Images / Alamy Stock Photo
This Scandi-style space with its exposed concrete walls and blonde furniture is exactly the kind of restaurant you’ll wish was your local neighborhood spot. The restaurant serves up an Italian menu of antipasti like fritto misto and stracciatella on freshly baked bread, alongside a range of pastas and pizzas like spaghetti vongole and pepperoni pizza drizzled with chili honey. After devouring the menu, wash it all down with one of the cocktails that take an exciting riff on the classics – for example, the Cachi Negroni that comes with a dash of persimmon, and the Lola Colada with limoncello.
Give us feedback