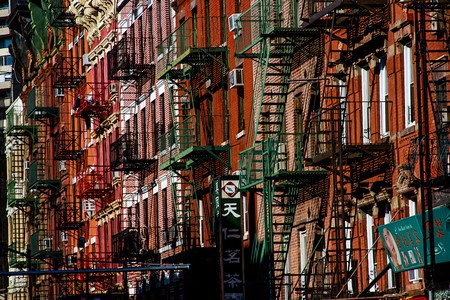 An area that once stretched its boundaries to the streets of Worth, Houston, Lafayette, and Bowery, Little Italy is a name that refers to a time and place in which Italiano was the people and the language. Described in the late 19th century as ‘the foul core of NYC’s slums’ by famous social reformer and journalist Jacob Riis, its peak population of around 10,000 inhabitants (90 percent of which were Italian) showcases the true purpose of the area as only the first stop on an immigrant’s journey to a life in America. We explore the history and culture of this dynamic New York City neighborhood. 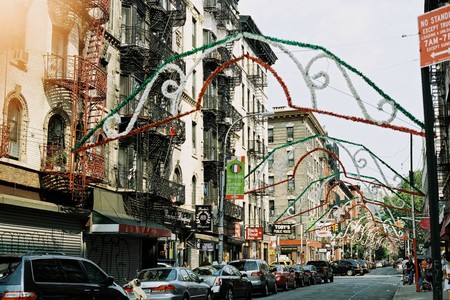 Contrary to what you might believe, Little Italy was never host to New York City’s largest Italian population. However, it is said to have housed the poorest, especially after the mass immigrant wave from the post-WWII European devastation. Because residents were drawn away from the Lower East Side into boroughs with safer neighborhoods, better schools, and more Italian influence, the Little Italy district never saw the massive expansion one may have expected to see. Rather, Staten Island gained the largest Italian population, though their seeds were planted throughout the city with notable standing influences including areas in the Bronx (Arthur Avenue) and East Harlem (Italian Harlem).

While it may seem clichéd, there is a lot of truth behind the strong Mafia presence in this Italian neighborhood, much of which has found its way into both history and Hollywood. Ignazio ‘The Wolf’ Lupo, Michele ‘Big Mike’ Miranda, and Peter DeFeo were just a few nonfictional mobsters who used Little Italy as their home base for crime. Their lives and actions continued to serve the public through the fictional creation of the Corleone family, characters of the novel and subsequent Godfather films. However, it wasn’t only organized crime that pushed law abiding Italian families out of the small village. After the United States passed the Immigration Act of 1995, a swell of Chinese immigrants boosted Chinatown’s population so much that they subsequently began to take over much of the transplanted European territory. Bill Tonelli from New York Magazine wrote in 2004 that one ‘can go back 30 years and find newspaper clips chronicling the expansion of Chinatown and mourning the loss of Little Italy.’

At the end of the 20th century, a significant movement of upscale businesses to the area occurred, raising real estate prices far above the limits for many old-time residents. This was followed by the attacks on September 11th, 2001, which cut off the area below Houston Street and contributed to losses within the Financial District, including the closure of Park Row. Yet some say that the continual blows Little Italy took somehow inspired locals to protect the heritage of the neighborhood, bringing about a rejuvenated spirit to salvage the area and the cultural presence it once had. 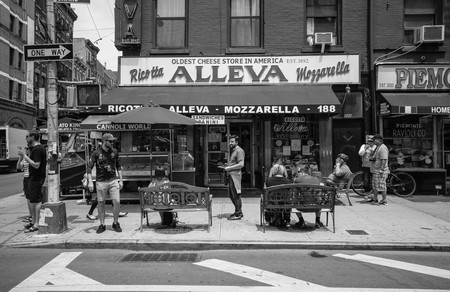 That spirit still exists today thanks to a small group of people dedicated to preventing the area from totally disapearing. Mulberry Street makes up the heart of what is left, a nostalgic essence still found among a dozen cafes and restaurants catering to the Italian culture. Within the last two weeks of September, one of the more memorable historical events of NYC occurs with the Feast of San Gennaro Festival, originating as a tradition to celebrate the Patron Saint of Naples. Though less religious today, its food carts, games, zeppolis and street vendors attract people from around the world and bring notable recognition to the historical district. Though this may be the most prominent event the area has, Carneval and Christmas still have the power to bring some festive wonder to anyone passing through. 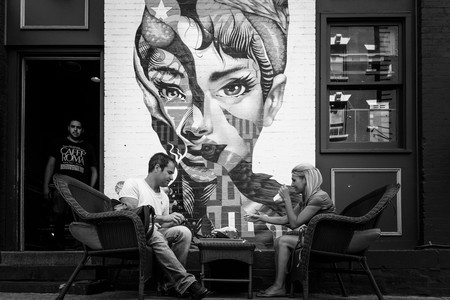 ‘Once, Little Italy was like an insular Neapolitan village re-created on these shores, with its own language, customs, and financial and cultural institutions,’ Bill Tonelli also said. Today the effects of time, immigration reform, unforeseen tragedy and the like have slowly chipped away at the old edges of the historic neighborhood. Though much has been lost, its small size makes it one of the often forgotten but nonetheless hidden gems between Manhattan’s busy cross streets, so the next time you have a few free hours and are craving a taste of yesteryear, grab a subway ride to the Lower East side.