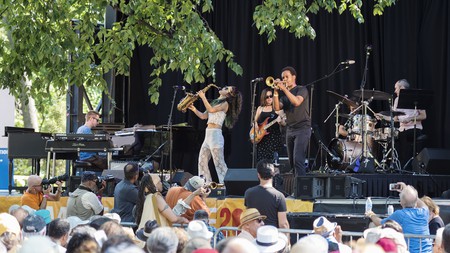 As summer becomes fall in New York, both state and city are teeming with celebrations of art and culture. From foodie events to art exhibits, fashion shows and film festivals, here is the best of New York culture in fall 2021.

For almost 30 years, NYC has come together in late August to celebrate the birthday of legendary jazz musician Charlie “Bird” Parker. Aptly held in Harlem, at Marcus Garvey Park, the festival brings together legends of the genre with the next generation of talent – some from mere blocks away, others from around the world. It’s an energetic event that honors the creative spirit of Harlem, jazz and Parker himself. Best of all, it’s free. 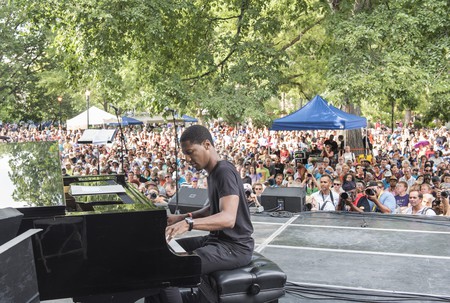 Head west to Buffalo on Labor Day weekend for a joyous celebration of that most American of delicacies, the chicken wing. Get your tickets in advance as the festival is running at a limited capacity at Highmark Stadium this year, and the 25,000 tickets are expected to sell out. Sample recipes from the finest venues in the country, try your hand – or mouth – at an eating contest or go bobbing for wings. Who knows, you might even meet the Wing King himself. 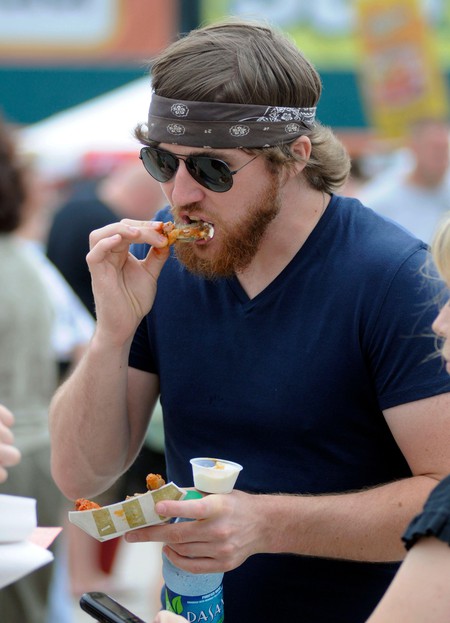 In early September, chiseled jawlines will descend on Manhattan, bringing the brightest and boldest new trends in fashion to the Big Apple. While this is a much more exclusive event – you’ll struggle to get into the most glamorous runways unless you’re a name in the business – there are still plenty of shows open to the public. Grab a ticket, keep an eye out for celebs and treat yourself to a shopping spree inspired by your newfound insight into cutting-edge style. 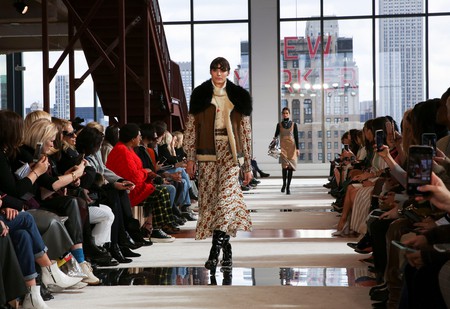 New York Fashion Week attracts fashionistas and brands, such as Longchamp, from around the world | © REUTERS / Alamy Stock Photo

Speaking of cutting edge, if you’re in awe of fashion week, then you should also take some time to see this showcase of contemporary art at the Javits Center, near the Lincoln Tunnel. The fair is a staple of NYC’s ever-flourishing art scene, and it’s a great place to see the masters of modern art, as well as the newest talents ready to grace MoMA. Tickets are available online, and they’re going fast as the event is running at limited capacity this year.

Three hours from NYC is this visually spectacular public art show that takes urban landscapes and turns them into a canvas. This year, artists from Brooklyn to Moscow will use powerful projectors and 3D animation to create beautiful illusions across the facades of various buildings in Binghamton. Past creators have deployed symphonies, cartoonists, artificial intelligence and live-motion actors to tell their stories; we can’t wait to see what creative techniques are used this year. Get your free tickets here.

Ever dreamt of all the best Italian food joints in NYC converging in one place? Well, dreams come true on Mulberry Street, where the Feast of San Gennaro takes place every September. Originally a tradition in Naples, Italy, brought over by immigrants, the festival has developed into a lively celebration of all things Italian. A stage provides live entertainment in the evenings, while the grand parade is a spectacle of red, white and green. Spend hours agonizing over your culinary choices before cheering on contestants in Ferrara Bakery’s cannoli eating contest. Bellissimo! 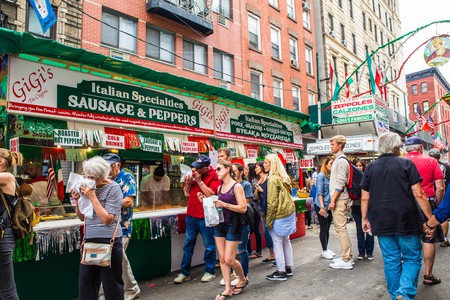 Fancy yourself as a cinephile? Prepare to lose your mind at the line-up for the 59th edition of the New York Film Festival. Opening night sees the world premiere of Joel Coen’s The Tragedy of Macbeth, starring the Oscar-winning combo of Denzel Washington and Frances McDormand. Pedro Almodóvar’s Parallel Mothers will close the festival, while Jane Campion’s The Power of the Dog is among the most anticipated features. A whole host of other exciting additions will be announced in the coming months. Festival passes are available now, while individual tickets will be open to the general public from September 7. 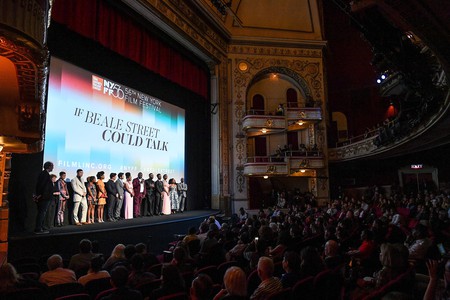 Much like the magazine itself, the New Yorker Festival brings together politics, literature, art, film, music and pop culture. The program has yet to be released, but expect plenty of exciting live performances, panels and conversations with some of the most influential and inspiring voices across a multitude of fields. Like in 2020, this year’s festival will be a hybrid live and virtual event, so you can get your hit of culture wherever you’d like. 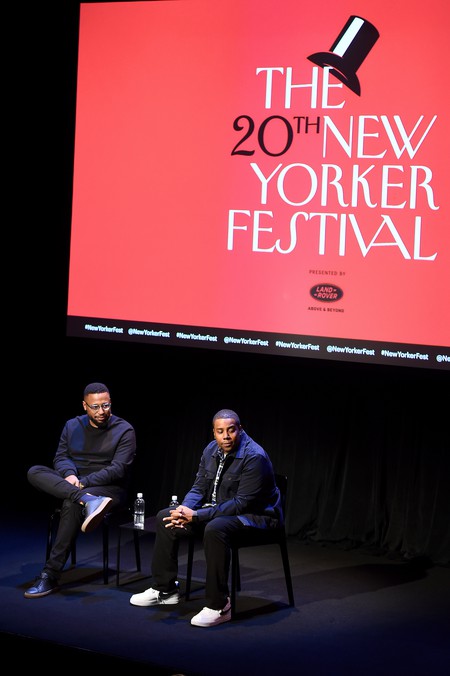 Welcome to the East Coast’s largest pop-culture convention, aptly held in Gotham City itself, at the Javits Center. New York Comic Con is a joyful gathering of people with pure, unequivocal love for all things comic books, sci-fi and superheroes. Don’t cut corners on your outfit because as soon as you enter the building, you’ll be transported to a world of Wakandans, Targaryens and Harley Quinns. Panels, talks, screenings and signings are all on the cards, and tickets are available now. 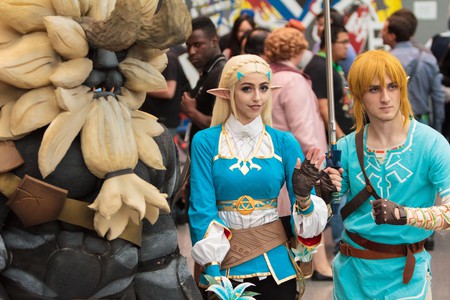 Bronx Night Market, the Bronx, every Saturday until November

Support independent local businesses by hitting up this tasty weekly gathering of the most beloved artisan food vendors in the city. The Bronx Night Market runs every weekend from April to November, celebrating culture and diversity through its excellent selection of global cuisine and encouraging people to explore the northernmost NYC borough. You could try a new bite every week and never be let down, but we recommend grabbing some seafood from Crabman Mike, a burger from the BX Burger Co or a sweet treat from Dre’s Water Ice and Ice Cream.

Ready to laugh? This November, the funniest comedians in America will be tickling audiences at the New York Comedy Festival for the first time since 2019. The eagerly anticipated line-up, which has previously featured comic giants Jerry Seinfeld, Eric André and David Cross, will be announced on August 16. Expect some big names desperate to return to the stage; there will be more than 150 shows, including live podcasts, sketch shows and panels, as well as stand-up. 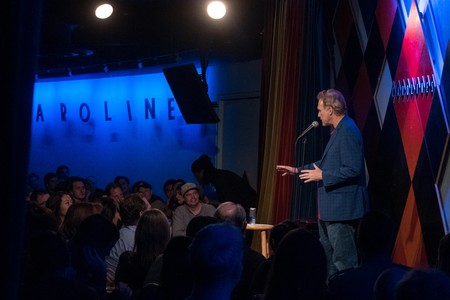 Dust off that banjo and head down to the atmospheric ​​St Ann’s Church, where the annual Brooklyn Folk Festival brings together music lovers of all ages. Performers are plucked from the city’s thriving folk scene, with national and international artists also taking part, bringing their own brand of traditional and vernacular music. It’s a laid-back festival with a strong sense of culture, community and music history. Vocal workshops, jam sessions and screenings are all included alongside live performances. Everything other than the workshops are free to attend. 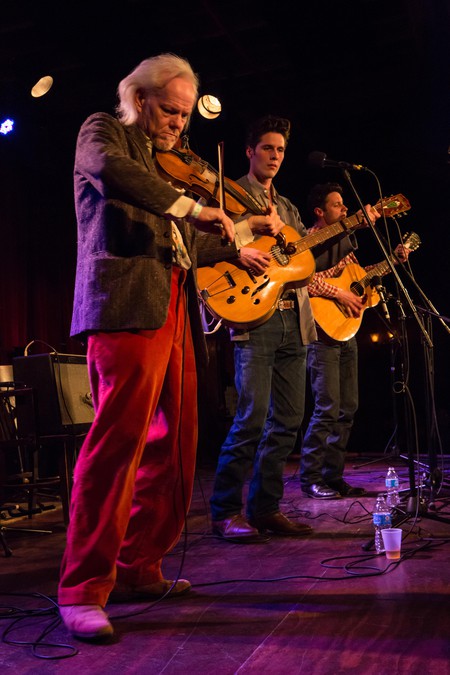 Every Monday, for five weeks in November and December, the stage is brought to the people with Broadway Under the Stars. It’s an indoor event, and the stars in question are the ones hanging from the 100ft (30m) ceiling at Time Warner Center. Head to the Shops at Columbus Circle for some festive shopping and enjoy the seasonal light display as top Broadway performers sing songs from a range of classic stage musicals. Performances start at 5pm sharp and tend to last around 30 minutes – a perfect interlude amid the chaos of Christmas shopping.