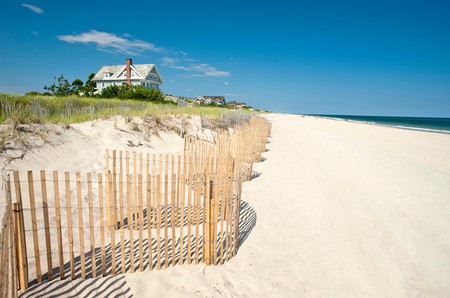 Reaching out into the Atlantic and trimmed with sandy stretches, Long Island is often called “New York City’s beachfront backyard”. Well-heeled weekenders flock to the upscale Hamptons, Montauk Point State Park and Jones Beach to indulge in everything from wineries and antique hunting to fishing and frolicking (partying is popular here, especially on Fire Island). But, at the end of the day, nature rules because the beaches and nature reserves on Long Island act as balms to the New Yorker soul. 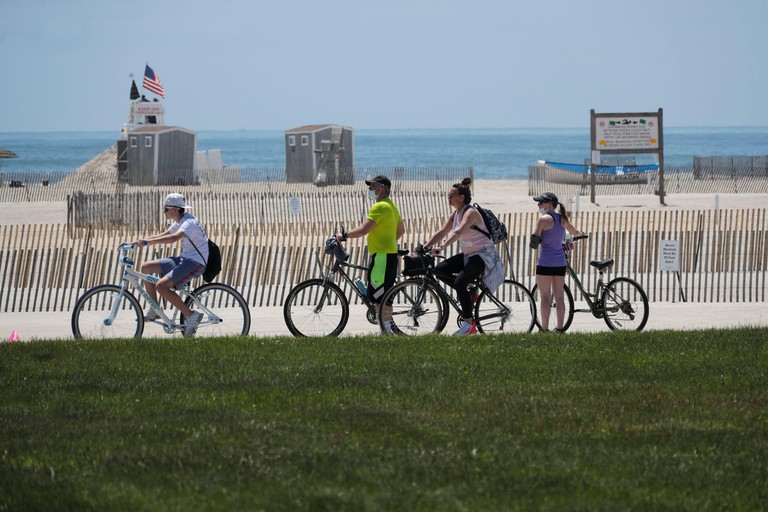 © Xinhua / Alamy Stock Photo
The barrier island of Jones Beach State Park attracts visitors to its 10km (6.2mi) of white-sand beach on the Atlantic Ocean – and to its 970ha (2,397 acres) of bays and estuaries on the south shore of Long Island. Located less than 32km (20mi) from New York City, Jones Beach is easily accessible from the Big Apple. Come to play volleyball, cycle, kayak, sail, fish and swim at the lifeguard-attended beaches. Traveling as a family? Zach’s Bay is best for kids, as the waters are calm. 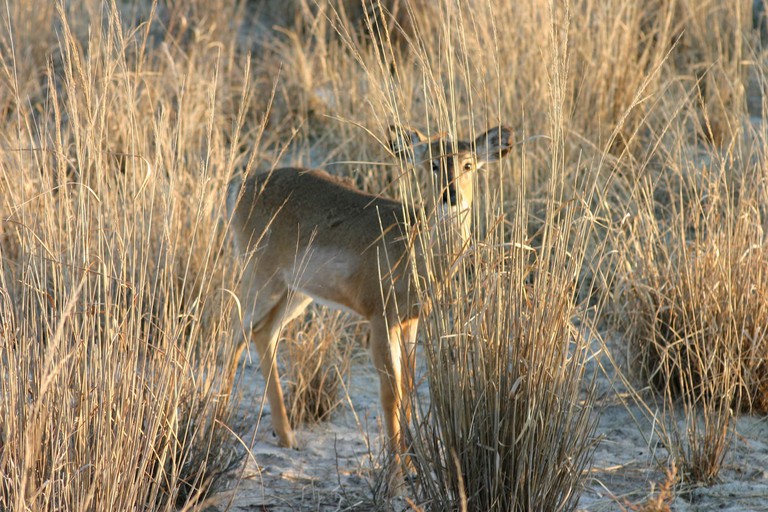 © David Biggy / Alamy Stock Photo
While Fire Island has a reputation for partying (the hamlet of Fire Island Pines has long been a popular LGBTQ-friendly enclave known for its weekend dance-til-dawn events), the car-free island on the southern coast can surprise visitors with its uncrowded protected beaches and deer grazing in grass-covered dunes. Nature lovers will want to spend time at the Sunken Forest, a rare ecological community populated with 300-year-old American holly trees – most of which appear “sunken” behind the sand dunes. 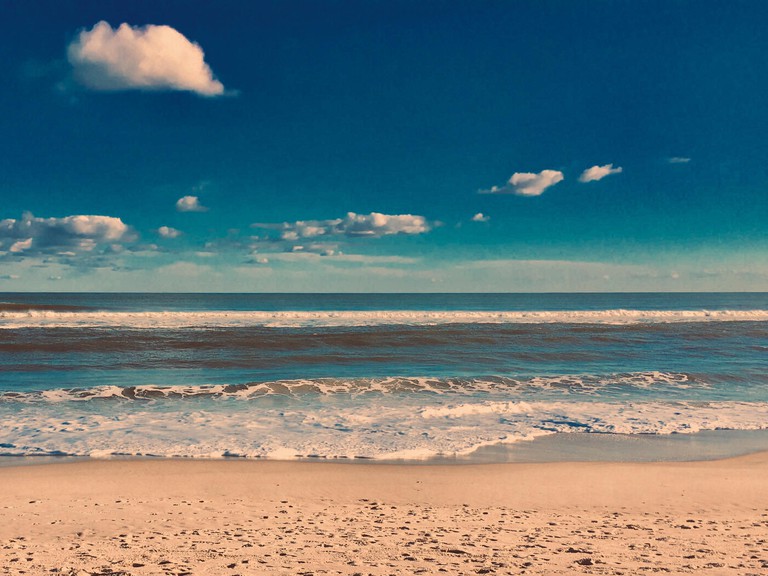 © eyetooth / Stockimo / Alamy Stock Photo
Robert Moses State Park is lauded for having one of the best beachfronts in New York, offering visitors a wide range of activities such as swimming, boogie-boarding, surfing, picnicking at the lighthouse and pitch and putt golf. Kudos to the Parks and Recreation Department for ensuring that all beaches along the park’s 8km (5mi) shoreline are accessible by beach wheelchairs, which are available free of charge. 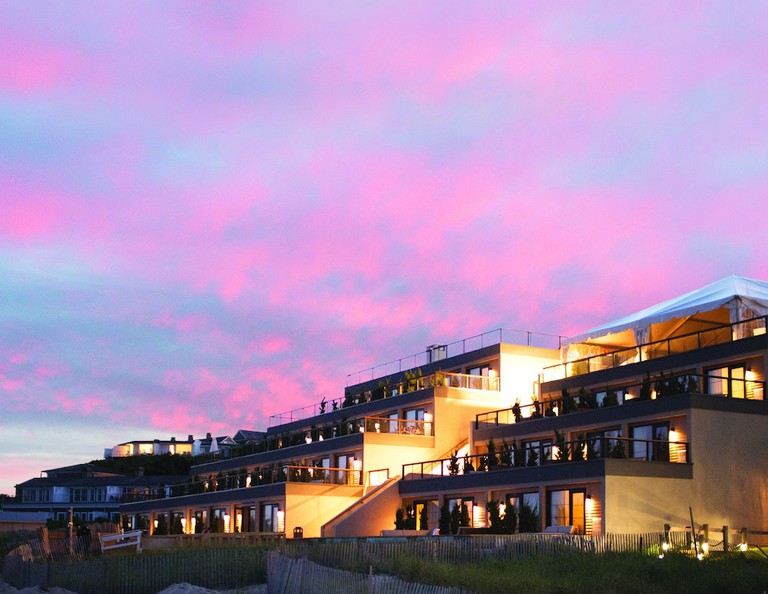 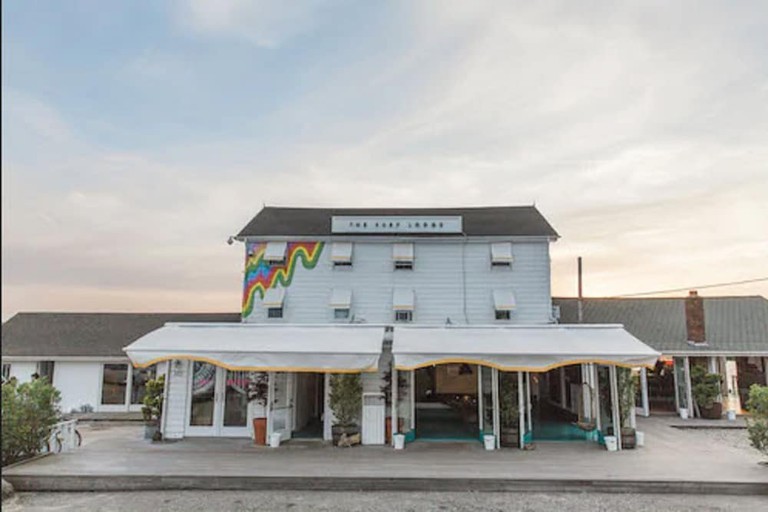 Courtesy of The Surf Lodge / Expedia
View Rooms
Price Drop
Now from $418 per night
Tapping into the coastal vibe of Montauk is easy when you bed down in one of the on-point beachy rooms at the Surf Lodge: white-washed walls, aqua hues, sun-bleached floors, ocean-facing private balconies, hammocks and surf-inspired artwork. The coastal connection extends to the food served at the Surf Lodge Deck, which features local seafood (lots of crab) fresh off the boats at Montauk Harbor.
More info 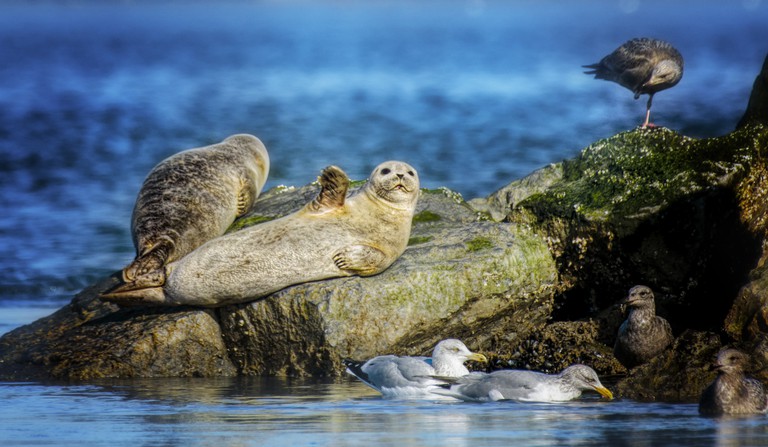 © Vicki Jauron, Babylon and Beyond Photography / Getty Images
The Coastal Research & Education Society of Long Island fosters a better understanding of coastal ecosystems through research and education – and that includes guided walks at Cupsogue Beach (in spring and summer) and West Hampton Beach (in fall and winter) to photograph the wild seals (harbor, gray and harp seals, among others) in New York. Participants get to learn about the coastal ecosystems of Long Island and photograph other animals (such as sea turtles) if they encounter them along the way. 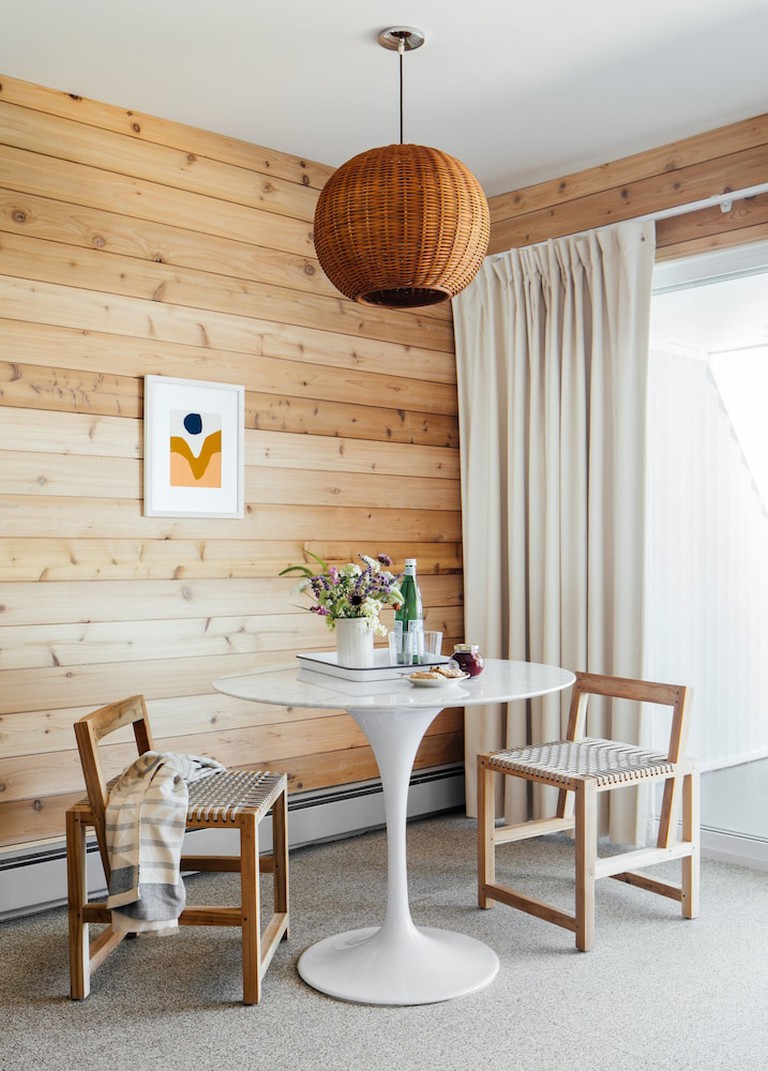 Courtesy of Sound View Resort, Greenport / Expedia
View Rooms
Price Drop
Now from $279 per night
Greenport, an unflashy village on the North Fork peninsula, has long cultivated a laid-back ambiance. That’s also the vibe at Sound View Resort, a former 1950s motel that’s been revamped into a 55-room waterfront hotel where coastal minimalism meets New England modern. All clean lines and clutter-free, each room has two doors: one leading directly to the outside path network and the other to the private beach. It’s about disconnecting your devices and reconnecting with nature.
More info 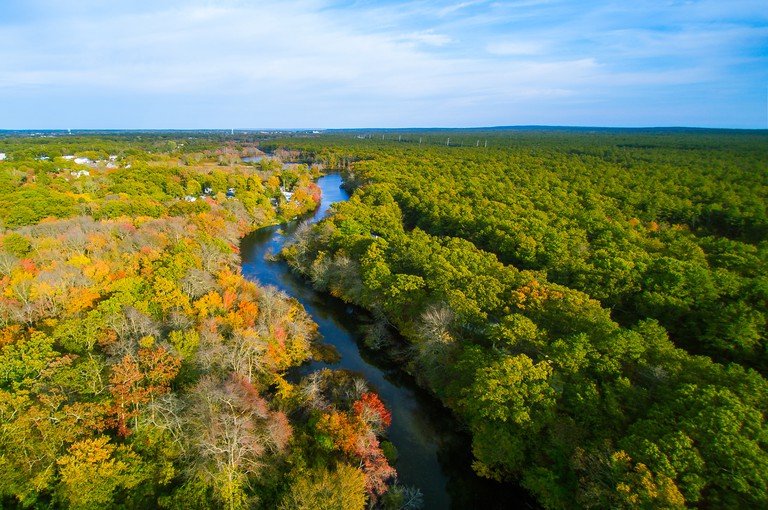 ©  Mbemt445 / iStock / Getty Images
The Peconic River in Suffolk County on the eastern end of Long Island contains both freshwater and saltwater (where it morphs into an estuary). The scenic 25km (16mi) slow-flowing and shallow Peconic is ideal for canoeing and kayaking. Paddlers (led by trained guides from Long Island Canoe Kayak Rentals) can get up close to marine life on this one-hour adventure. Nocturnal types can book the Moonlight Tour, which enables you (equipped with glow lights) to see how the river comes to life after dark. 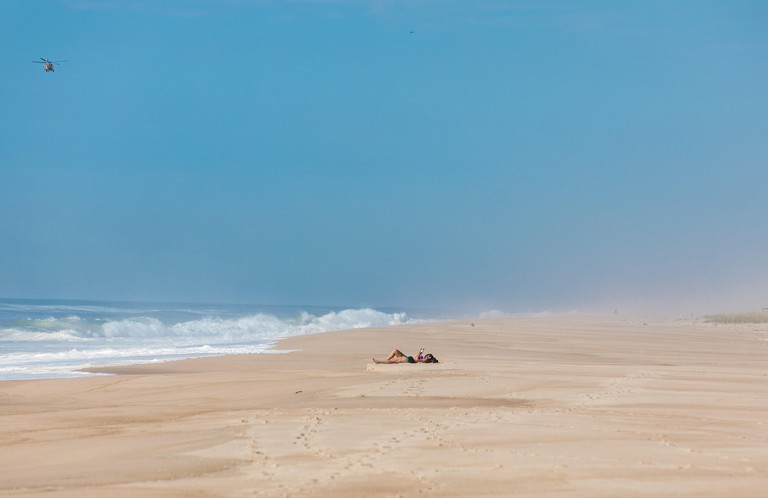 © Gavin Zeigler / Alamy Stock Photo
Sometimes, you simply want to spread your beach towel on the – preferably white – sand and take in some natural vitamin D. This 120ha (297 acres) barrier beach park offers lifeguard-attended swimming, the aforementioned sunbathing on white-sand beaches and excellent options for saltwater bass fishing. You’ll find everything you need for a lazy day at the beach: a snack bar, washrooms, changing rooms, showers and more.
Give us feedback