The performance works of artist Clifford Owens are highly contentious, confrontational and, at times, shocking . Using his ethnic identity as a central theme, Owens breaks down the artist-audience barrier through live performances, photographs and videos in order to address his own dissatisfaction with the marginalisation of black contemporary artists. 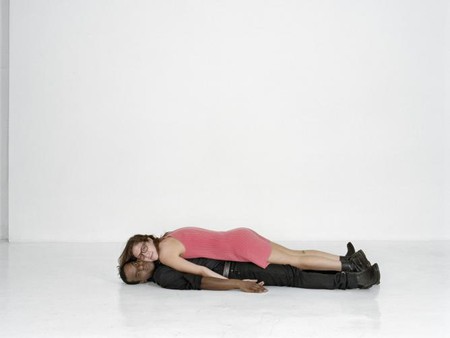 Provocative, controversial and sensational are some of the words critics have used to describe American performance artist and photographer Clifford Owens. Over the last two decades, Owens has become a notable name within the contentious realm of performance art. The artist graduated from the School of the Art Institute of Chicago in 1998, and achieved his Masters in Fine Art from Mason Gross School of Visual Arts in New Jersey in 2000. Since then, the New Yorker has had multiple exhibitions and shows in America, and more recently, the artist is branching out in Europe. Ostensibly, he is a performance artist, but Owens also identifies himself as a photographer, writer and an academic. His multidimensional approach to his practice is revealed through his works, with his performances often incorporating photography and cultural theory. Moreover, his performances centre on a number of themes, from the body, to sexuality and race. The main aim of his art is to provoke a reaction from the audience, which in turn significantly contributes to the spontaneity of his performances. His shows are not only a new and unfamiliar experience for his audience members, but they also provide unexpected situations for the artist himself.

Ethnicity and racial history are the main topics of Owens’ works, with the artist using his own ethnic background as a tool to push the boundaries of social acceptance and political awareness. As a result, the artist’s strong presence and methods often create some level of backlash, as some critics have branded Owens as playing an archetypal ‘black’ man, one that is overly sexualised and threatening. However, Owens’ performances work to both revive and archive the advancements made by black performance artists, particularly David Hammons, Senga Nengudi and Adrian Piper. The artist is also heavily influenced by Benjamin Patterson, who was a major player within the Fluxus movement of the 1970’s, a key period in performance art history. Owens’ artistic fuel comes from these key artists and the lack of discussion and scholarship on black performance art nowadays. History still favours and glorifies the work of white performance art, such as Marina Abramović, Vito Acconci and Chris Burden. The motivation behind Owens’ art was born out of his frustration with the poor recognition of contemporary black artists in America.

This hunger for the appropriate authentication of black performance art is manifested in one of Owen’s critically acclaimed exhibition: his ground-breaking 2011-2 show Anthology in MoMA PS1 in New York. For this exhibition, Owens investigated the history of ethnicity and performance art by inviting 26 black artists to contribute an instructional ‘score’ which Owens re-enacted. These scores ranged from descriptive to abstract. One such score was submitted by Sanford Biggers, with Owens’ setting out to teach the audience about the history behind the Black National Anthem ‘Lift Ev’ry Voice and Sing’ and why James Weldon Johnson wrote it. Another score was contributed by Senga Nengudi, who instructed Owens to scatter and sweep coloured sand into the centre of the room. The most controversial of scores was provided by Kara Walker, who ordered Owens to ‘French kiss an audience member. Force them against a wall and demand sex. The audience/viewer should be an adult. If they are willing to participate in the forced sex act abruptly turn the tables and assume the role of victim. Accuse your attacker. Seek help from others, describe your ordeal. Repeat.’ This performance gave rise to heated discussion among critics. 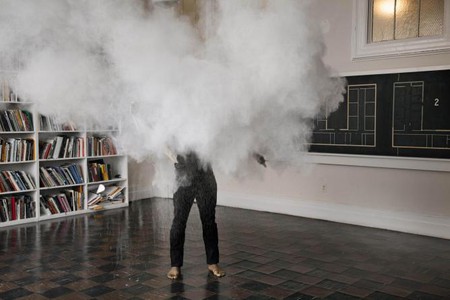 One cryptic and complex score in particular summed up Owens’ difficulties with creating a definitive anthology of black art and what it means to be a black artist. It was written by fellow artist William Pope L., who instructed Owens to ‘Be African American. Be very African American.’ In his interpretation of this score, Owens had another black artist run through the halls of the MoMA PS1 building, documenting his journey with a line of white tape. Owens then photographed various stages of this white tape. This piece is laden with symbolism, with the artist’s path through the building long and winding, and documented by a white line, not black. Overall, Anthology has become an ever evolving and unique piece of work that has actively sought to both document and develop ‘black’ art. Through his various renditions, this timeline piece will forever expand both into the past, and into the future, of performance art.

This year, Clifford plans his debut European exhibition in the Cornerhouse arts centre in Manchester. The exhibition includes a reworking of Anthology for his English audience, plus a new edition of Photographs with an Audience specifically for the Cornerhouse. Owens began construction on his Cornerhouse rendition in late 2013. Over two evenings, the artist probed a group of invited participants to reveal secrets about themselves, such as ‘who had an eating disorder?’ and ‘who is in love?’ The artist then photographed their reactions and responses to his scrutiny. The resulting photographs are to be exhibited in the Cornerhouse as independent portraits, in pairs or in a sequence. Owens has updated his Anthology piece for his British audience by re-enacting twenty scores from artists from and working in Britain, whose works also focus on the issue of race and social differences. These scores were contributed by artists such as London based, Ghanaian collage artist Godfried Donkor, artist and filmmaker, John Akomfrah OBE, and 2013 Turner Prize nominee and oil painter, Lynette Yiadom-Boakye. The themes in Owens’ remodelled piece vary from British racial history, to popular culture, to violence. However, the multifaceted Anthology project will continue with its aim to archive and evolve continually, as Owens will also exhibit photographs, stills and video from his MoMA PS1 Anthology.

Importantly, Owens’s interpretations of these new scores will not only include live performances of the instructions, but will also encompass audio, videos, and photography. It is Owens’ employment of these methods that makes him a multi-disciplinary artist of note. His works are both instantaneous and permanent. While the performances hinge on chance encounters and momentary audience involvement, his practice of photography records these moments in a unique way, providing both a memory of the performances, and also a more long lasting impression that will continue to engage the viewer. Although his performances are controversial in their breakdown of the audience-artist barrier, his progressive and interactive approach effectively conveys his themes and topics of race. His works are transgressive, take the viewer out of their comfort zone, and cause them to think differently about everyday cultural and social life. He pushes both the audience and the nature of performance art to its limits. 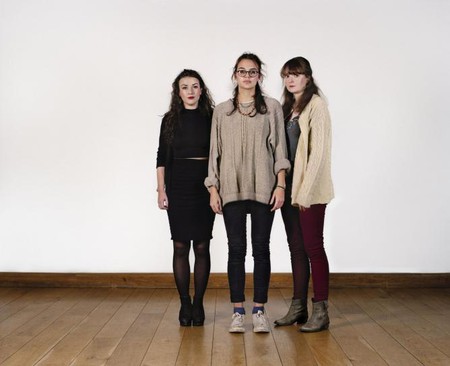 Photographs With an Audience (Manchester): Alcoholic Parents, 2014 30”x40” C-print | Courtesy of the Artist

Clifford Owens: Better the Rebel you Know will be on display at the Cornerhouse (now HOME as of May 2015) in Manchester until August 17 2014. Visit the gallery website for more information.