City of the Sun: Heating Up Your Summer

Meet John Pita, Avi Snow and Zach Para, the talented individuals who make up New York City-based instrumental band, City of the Sun. With a remarkably diverse sound, this trio is determined to transport you to an ethereal musical world – and with their fun spirits, positive attitudes and unique approaches to their craft, it doesn’t seem like much will get in their way. 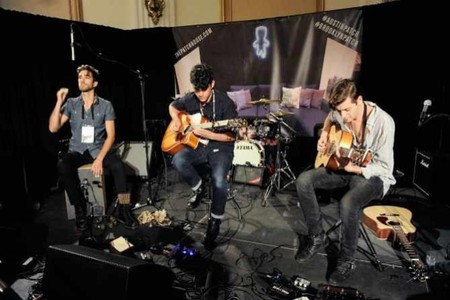 Tell our readers a little bit about yourselves.

ZP: I’m the percussionist. I’m 26, from Seattle, and I’ve been living in NYC for three years.

How did City of the Sun start? What got you into music?

JP: Avi and I started playing together about two and a half years ago in 2013. And not too long after, Avi met Zach at…

AS: …at Arlene’s Grocery!

ZP: Yeah, I was playing at a jam session and Avi came up to me afterwards and said, ‘I’m playing with this project. You should come jam with us.’ It was so hot when I met John that we headed straight to Union Square. It was the first time we played together. I knew I couldn’t mess this up and I didn’t know any of the songs, but it turned out pretty well!

Where did your name come from?

JP: We had a friend who had seen it when he was Googling something and I thought it was catchy so we kept it.

What are your musical influences? How would you classify your music?

ZP: We’ve all been somewhat influenced by different styles.

JP: …And when we mix them together it creates this unique flavour of music. Yet at the same time I think we do share influences, so it helps us understand the different styles we play.

AS: We all have our own influences individually, but there is still common ground, like classic rock, right now, that we all enjoy together.

There are certainly detectable elements of world music like Flamenco and folk in your work. What are your cultural influences and where do you draw inspiration? 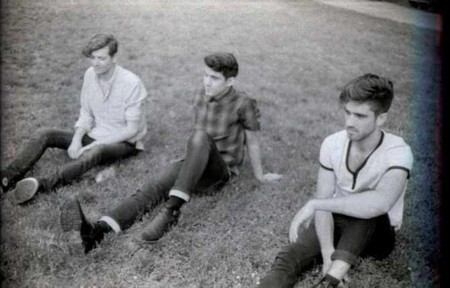 JP: I think we have a very strong palate when it comes to music. Myself, I like Santana, but I also like Bon Iver, Explosions in the Sky, and Mumford and Sons. So I think that instead of playing one defined style of music we like playing a mix, from like, Ben Howard to flamenco artists.

AS: Culturally, we are all travelled. We all come from different parts of the world, so that kind of adds to it.

ZP: We all have our own cultural backgrounds, but there are also some musical cultures that we’ve all dived into already. I was into world music and jazz growing up and that’s very different from, say, John or Avi’s different backgrounds. It’s fun to bring it all together.

What do you hope to make your fans feel with your music?

JP: I think many different emotions. It also depends on the song. We all feel the same, but different things at once. I usually want people to feel emotional and make them think. I want them to get that feeling in their body when we play. I want them to feel as emotional as I do.

AS: I would definitely agree with John. I guess I would want people to share the same kind of feeling we get when we’re playing.

ZP: I agree, but I also really want to make people dance. That’s a big priority for me. I think when the three of us are vibing and having a good time people usually dance. So it’s kind of from within.

What are your musical goals?

JP: Just to be able to reach as many as people as possible with the music. Get our music in peoples ears. It’s hard because there are so many bands, so when people are listening, that’s great.

ZP: I think there are some musical things I would like to share through City of the Sun. I guess reaching as many people as possible, but with something that is really powerful and true to what we hear. A lot of times if I’m feeling technically limited, I can’t express what I’m feeling. I’d love to be on a musical level where I am not limited in any way, along with playing with the three of us as unit.

If you could collaborate with any artist who would it be and why?

JP: Right now, honestly, with Ed Sheeran. I just think that his drive and approach to music is really, really exciting – and I think he has a lot of soul. I think that’s partly why people love his music. He has a lot of confidence rhythmically even though it’s just him and a loop petal. I really admire that.

AS: I always have a different answer. But probably right now, Ben Howard or Curt Cobain.

ZP: I’ve been thinking of a collaboration. Not a specific person, but with someone who is great at working with electronics and with us. Someone who can make some live electronic contribution to the music and might have some control over my drum’s sound.

What’s your favorite song to perform? 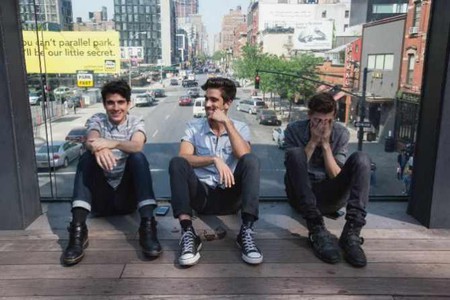 ZP: I’ve been enjoying this new song that we’ve been playing. We don’t really have a set name for it and we haven’t released it yet.

JP: It’s a brand new song that we’re excited to share with everyone. Stay tuned. But who am I kidding, ‘Everything’ is my favorite. Not every song, the song ‘Everything.’

What was your most memorable performance?

AS: I would say this one time that we were in the jungle.

ZP: Yeah, that was really fun. We go up to the jungle in Panama every New Year with this amazing organization called Kaluyala and it’s kind of like a festival that we play, but it’s a destination off the grid, in the middle of the jungle, with no electricity. We’re all living with these people having this shared experience. In this particular instance, people were hanging around and watching. It’s amazing to play in a completely open environment where there’s no sound pollution. All you hear is the birds ruffling behind you.

AS: It was a surreal experience.

What would you say is your favorite NYC place to perform?

JP: I like when we play at Irving Plaza. We played there twice and we opened for some bands.

You guys don’t hide the fact that you love street performing. What makes that experience so exciting for you?

JP: We just sit there and we play and people seem to really enjoy it. We meet a lot of people when we do it. It’s all positive and we practice our new songs. It’s really spontaneous and fun.

If there’s one unique thing you could tell our readers about City of the Sun as a group, what would it be?

AS: We have the privilege to set up wherever we can go. We don’t have any limitations because we’re able to perform with our hands. We’ve had experience performing in the jungle, playing on boats and other interesting locations – a subway train. To me, that is unique.

JP: We are growing and changing and doing different things. We are able to create a following in such a moulding way. Going from place to place is a unique privilege to have. Not many bands have the ability to do that. 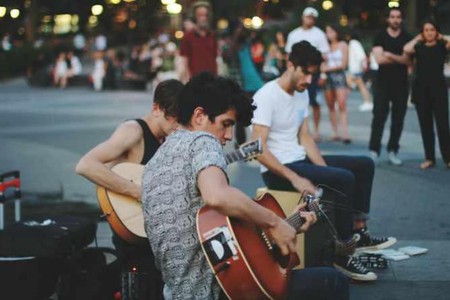 When was the first time you thought, ‘Okay, this is real. We are really going to make it in this business. We’re going for it?’ That is always a very special moment for musicians and artists.

ZP: When we met Harvey.

JP: Yeah, I think when we met Harvey, our manager. For the three of us, when we would play those shows on the Lower East Side and Union Square, it was spontaneous and we were playing all of these new songs. Once we connected with our manager and saw the professional possibilities, we just kept playing and said, ‘we’ll see what happens’ – and it worked out.

Any advice for aspiring musicians?

What’s next for City of the Sun?

JP: Well, we have a show at Gramercy Theatre on September 16th. It’s our biggest headlining show yet. We have a few songs we may release very soon and we have studio versions of our new EP.

ZP: A lot of people see us in a stripped-down setting – on the street or at a small, intimate venue – but we definitely have some new instruments and sounds that we’re excited to reveal at Gramercy.

And that’s one performance you do not want to miss. City of the Sun has more talent in them than they outright say or show. If you think John, Avi and Zach’s words and recordings have you contemplating music and emotion, just wait until you see them live.

A student at Boston University pursuing a degree in Public Relations, Janna loves being on top of all of the cultural trends. From pop culture to films to music to all the best food stops, Janna is always the one to go to when wanting to discuss the glory of Beyonce or just to sit around and eat any and all things with.