Can the Mystical System 'Human Design' Genuinely Help us Excel at Work? 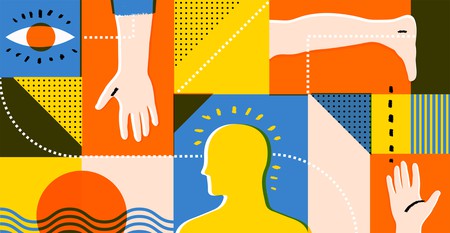 A system of self-knowledge called ‘Human Design’ claims to provide insights into an individual’s personality based solely on their time, date and place of birth.

The genesis story of ‘Human Design’ is, by anybody’s standards, pretty bizarre. In January 1987, Ra Uru Hu (previously Alan Krakower) – a former advertising executive from Canada who had temporarily settled on the Spanish island of Ibiza – heard a disembodied voice. It simply said: “Are you ready to work?”

Nine days later, directed by this presence, Ra Uru Hu had created a complex self-knowledge system that blended of astrology, quantum physics, Kabbalah (a Jewish tradition of mystical interpretation of the Bible) and I Ching (an ancient Chinese manual of divination).

Based on an individual’s time, date and place of birth, the system is said to reveal a kind of roadmap (or ‘design’) for our psychological, emotional and energetic tendencies. Although Ra Uru Hu himself admits his encounter with the voice was “mad,” adding “there’s no proof,” Human Design now has advocates and teachers the world over.

Although Human Design is intended to be applicable across all aspects of life, Jones uses it specifically as a tool to help individuals and businesses work more effectively. The idea is that, once you know your design (and the strengths and pitfalls associated with it), you can motivate yourself and find harmony within your team on a whole new level.

“If Human Design is going to fit in a bucket, it’s really just a personality assessment tool, like Myers-Briggs or StrengthsFinder,” Jones says. “But the difference is, instead of a test where we’re answering questions based on who we think we are, or who we aspire to be – which often ends up changing over time or is a little bit inaccurate – it’s looking at the conscious and very unconscious ways we operate.”

When I met Jones at The Assemblage co-working space in New York’s NoMad, she came prepared with a report detailing my design: The Express Builder. This is the most common type, making up around 37% of people, and is characterized by an ability to move any project along quickly and effectively – assuming the person finds satisfaction and purpose in what they’re doing.

Jones’s report broke down my working style in terms of communication; decision making; the way I process information; key vulnerabilities or distractions that can take me off track; skills and strengths I bring to a team; environments I operate best in; and the ways I manifest my purpose. It was extensive. 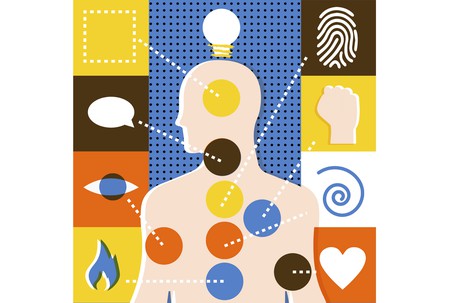 As we dissected my design, there were parts that seemed to be uncannily accurate. But, as with astrology, there was a possibility that I was creating my own meaning out of something vague or universal.

Margaret J King, PhD, director of The Center for Cultural Studies & Analysis in Philadelphia, examines the ways people think and make decisions. She believes systems like Human Design, though not scientific, help us mentally mitigate uncertainty.

“Human Design is based on the date, time and location of your birth like an astrological forecast. That makes it feel like, ‘yes this is very customized to me,’” she explains. “And whether that’s true or not – you could take somebody else’s profile and you could follow it – you feel like you have some kind of assurance, and that is very positive in building confidence and self-possession.”

To get a sense of how accurate my Human Design profile was, I sent screenshots of some of the report’s sections – two regarding my strengths and two that focused on challenges – to my fellow Culture Trip editors.

“Most of these fit you quite well – particularly the intuitive/introspective aspects, working with others, and the ability to change the way others perceive things,” said one. Another commented: “Taking on worries of others – yes. I don’t think the second one [‘you often feel overwhelmed and confused’] is true. I think if anyone had all the characteristics mentioned here they would struggle to function as a human being.”

But the value of Human Design doesn’t really rely on its accuracy. Instead, King considers it a tool for social orientation. It’s about seeing ourselves through the eyes of people who already ‘know’ our strengths and challenges, enabling new lines of self-interrogation.

King encourages Human Design participants to ask themselves: “How can I use my profile to position myself in the group so that I have the greatest effect with the fewest drawbacks and conflicts?” This will help them derive the most from Ra Uru Hu’s system, she says. “If you have some kind of orientation, you’ve got something to hang onto and that, whether it’s scientifically correct or not, gives people a sense of certainty to go forward.”