Bushwick’s House of Yes is an ode to the folkloric New York – the one defined by artists, theatrical club kids and underground countercultures, before the homogenizing effects of gentrification altered the soul of the city.

A stone’s throw from the Jefferson Street L train, on a nondescript block lined with Bushwick warehouses, is a turquoise building displaying the word “YES” in letters 10 feet tall. Venture through the doors and it’s immediately clear that this is not your average, soulless nightclub.

Two giant mechanical eyes mounted on the wall bat their lashes at the packed bar. The corridor leading to the restrooms (labelled “stalls” and “urinals” rather than being assigned a specific gender) is tiled in mirrors, like a giant disco ball, and the toilets themselves look like they could have been created by Gaudi. In the main dance room, performers gyrate on bar tops and raised platforms, some twirl on hoops and silks suspended above the crowd. Everybody – performers and revelers – is attired in intricate carnival-esque costumes that belie New York’s predilection for black. 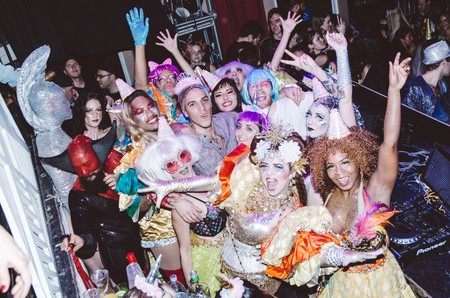 This is the third incarnation of House of Yes – a venue that brings themed party nights like this one under the same roof as immersive cinema, deep-house yoga, roller discos, voguing competitions and theatre (Ketamine: The Musical was particularly noteworthy). The first venue – a squat with a rotating assemblage of live-in artists – burned to the ground, only to be revived at a new location and then another with assistance from a loyal and dedicated community.

Culture Trip catches up with House of Yes co-founders Kae Burke and Anya Sapozhnikova to find out how they’ve created a space that represents inclusivity, collaboration and self-expression in that old New York way. 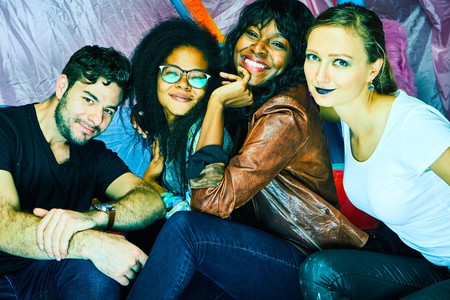 House of Yes encourages inclusivity, collaboration and self-expression | Courtesy of House of Yes

Culture Trip: Firstly, what have you learned about the power of saying yes since this journey began?
Kae and Anya: Before you say yes you need to listen to your gut and know if you should say yes. It gets to a point where taking every opportunity is just not the best use of those finite resources: time and energy. Think and feel before you yes, but also be open to improvisation and unexpected opportunities!

CT: Tell us about your community – how did you assemble the performers and artists who now call House of Yes home?
K&A: We don’t find them; they find us. We are organically gathered by the connection as collaborators. Some performers end up at House of Yes by accident and just never leave because they are finally home. Sometimes we go out and see shows and find the most mind-blowing entertainment elsewhere and then ask them if they want to make art with us. 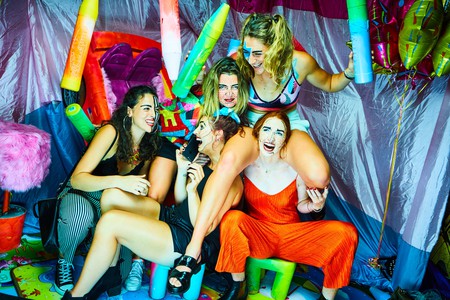 CT: Events at House of Yes are so varied. How do you decide what makes it onto the schedule?
K&A: It’s a combination of what inspires us as individuals and artists, what we want to see in the world and what we think will sell tickets. What keeps us fresh and funky is that we take risks and we’re down to make weird art and sometimes make mistakes. In the process, we end up having strokes of genius and finding incredible events. Every time we try something really provocative, risky or new to us and the audience loves it, it’s the best feeling in the world!

CT: Consent is something you stress on the site and at the door. Why did it feel like that rule needed to be made explicit?
K&A: We do it because it’s important and the world needs to understand consent on a deeper, larger scale. We’re a women-founded space in a nightlife industry, most of our staff is female-identifying and we give a fuck about our audience. Our space is inherently sexy, we like to push the boundaries in our art, but that shouldn’t translate into a free-for-all on the dance floor. As people and as a space, it was just right to take consent seriously for ourselves and our audience, because the safer we are, the sexier we feel. 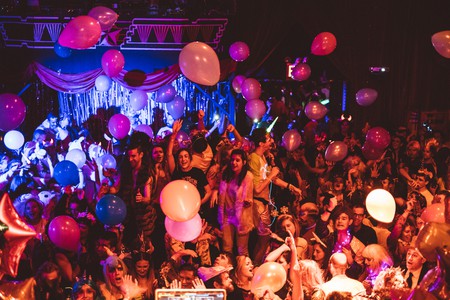 House of Yes is not your average, soulless nightclub | © Kenny Rodriguez

CT: House of Yes has transitioned through several locations and a devastating fire. What important lessons did you learn through these transitions?
K&A: I’ve learned way too many, our whole cast of characters has and of course I’m going to write a book someday. Honestly, it’s such an old saying, but it’s so true: it’s not what you know; it’s who you know, so be good to people. Make friends, help others and they will have your back when you need it. Volunteer, make connections, be honest and work your ass off.