Brooklynites Are Getting Their Kicks at Breathwork Circles

The tingling starts in my right hand. A rhythmic fizzle that ascends my arm and swirls around my skull, making me feel light-headed. The room—an ambient space at Brooklyn’s Maha Rose—is loud with audible inhales and exhales. Thirteen strangers are splayed out on the floor in a nest of Mexican blankets, getting high. No substances have been ingested; we reached this state using nothing but breath.

For the most part, breathing—the thing most essential to existence—is an unconscious process, but by altering its normally smooth, cyclical quality, we manipulate the body’s nervous system, and that’s when things get interesting.

Humans have been harnessing the power of intentional breath for millennia. Anybody who’s attended a yoga class is familiar with the basics of pranayama—a term from the ancient language of sanskrit, which roughly translates as “control of life force”. But unlike ujjayi—the ocean-like breath that accompanies your vinyasa—the technique known simply as “breathwork” is fast-paced, with an inhale to exhale ratio of 2:1.

“You take two sharp inhales—the first pushes the diaphragm downwards, distending the belly, the second expands the chest up and out—followed by a quick exhale of the same length and force,” explains Debbie Attias, my breathwork guide, smiling reassuringly from under brunette bangs. “Essentially you’re inhaling more than you’re exhaling, which means you’re bringing more oxygen into the body, cells, and brain than you’re used to having.”

Oxygen, as it turns out, is a helluva drug. Numbness, tingling, light-headedness and muscles twitches are common physiological responses, but it’s the emotional catharsis that intrigued me most. People report visions, the emergence of long-forgotten memories, and revelations that unlock understanding and acceptance. Breathwork is a reckoning for the soul.

“Things you don’t even know you’re there to work on show up,” says Attias. “It’s about getting out of your thinking mind, that wants to understand, and accessing a wisdom that’s coming from deeper inside of you.”

When Sara Radin, a trend-forecaster from Brooklyn, attended her first breathwork session she was grappling with fresh heartbreak, and Attias’s themed “living in love” workshop felt like the kind of self-care she needed. In the haze of her experience, one particular song—The Magnetic Fields’ “The Book of Love”—sparked a slew of sweet memories that made tears trickle over her cheekbones.

“I started to have flashes of all the love in my life,” she explains. “I thought of moments like walking my mum down the aisle, my sister’s baby, a time a few years ago in the Israeli desert under the most magnificent sky—moments of love and peace that brought me to tears in a positive way.”

At my breathwork circle a cacophony of sobs, guttural moans and belly laughs intermittently punctuate the playlist of upbeat songs. It’s an odd thing, sharing such a vulnerable moment with other people. We’re not used to bearing emotions in public like this, and certainly not with this degree of intensity. But then, you don’t come to this type of breathwork unless you’re interested in exploring altered states of consciousness, and the personal demons that might reside there. 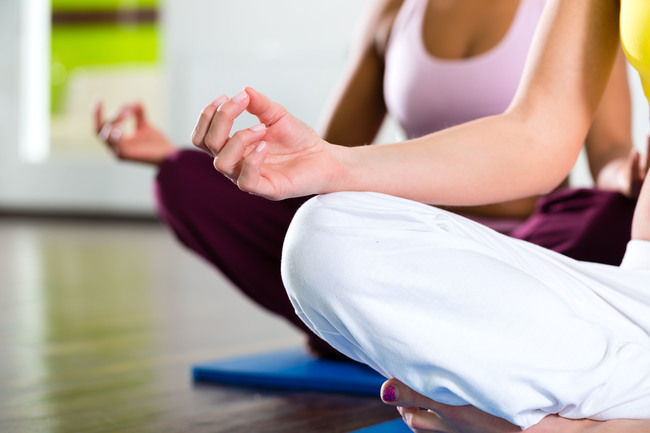 “[Breathwork] is self-selecting, in that it takes a certain amount of bravery and courage, and the person needs to be good with intensity,’ says Erin Telford, a breathwork healer who teaches her NYC clients virtually, now that she’s moved out of the city. “It’s not easy work—it can be intense and bring up pain—but on the other side of the emotional clearing it’s beautiful. Warmth, love, forgiveness and gratitude. Nobody wants to face the monster, you know? People don’t want to look at the why, but if you do, it’s way less frightening than it seems.”

Although you could easily practice alone, breathwork pushes the limits of where most of us feel physically and mentally safe, making a guide appealing if not invaluable. Attias floats through the room administering aromatherapy and reassuring touches like a guardian angel.

“I witness emotional experiences and traumatic memories, but for the most part it’s all healing,” she says. “You can’t get hurt from breathwork.” During one session she noticed a woman shaking as if having a seizure, but it turned out she was actually doing it deliberately, “to move energy”.

At times, during my experience, I feel on the precipice of something I can’t quite identify. It reminds me of my early twenties, when my friends and I would huff nitrous oxide from colorful balloons at house parties. In the thick of the high I’d have a profound realization—something terribly cliched—and no matter how hard I tried to commit the thing to memory, it would inevitably fade along with the effects of the gas. Sometimes it’s difficult to tell what’s profound and what’s just neurons firing at random.

As the session draws to a close, Attais instructs the group to relax and let our breath find its natural rhythm. To start inhabiting our bodies again before we reconvene in a circle to trade recollections. I find myself envious of the more out-there experiences. If I try breathwork a second time perhaps I’ll be brave enough to tumble over the precipice and see what happens, but for now I’m happy to float home, past bars full of people seeking their own Friday night highs.