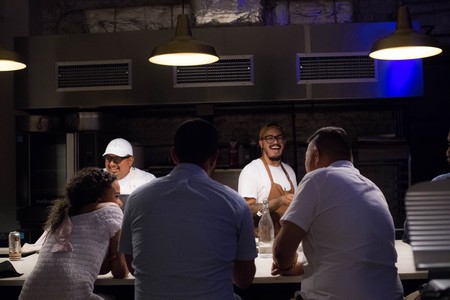 One cool September night, nine people disappeared beyond the darkened doors of Mottley Kitchen in Mott Haven, the Bronx. To any onlookers, it was certainly unusual that small batches of people systematically pushed open the doors of a seemingly closed coffee shop, only to emerge a few hours later, their bellies round and full.

This isn’t the beginning of a movie. In fact, it’s simply a regular occurrence, thanks to chef Jose de Jesus’s pop-up series Breaking Bread Kitchen. The Bronx native began the underground dinner club in 2017, fueled by a dream he’d had for a long time: to build pop-up dinners featuring an ever-changing menu, served to an intimate group. 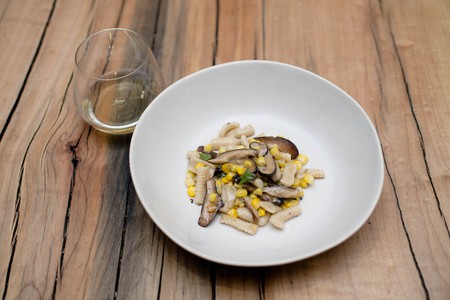 “I really wanted to create something that was extra special, where you sit amongst family and friends or strangers, and you feel like you’re at home,” De Jesus says. “You feel important. You feel like you’re part of an exclusive group of people [who] know about this type of restaurant or cuisine.”

Breaking Bread Kitchen began in De Jesus’s home in the Bronx, where he’d cook multi-course meals in open view. Guests would crowd around a communal table and watch as De Jesus fluttered through his open kitchen, shaking pans and carefully slicing wedges of pork. He’s since moved the pop-up out of his house, scattering the dinners throughout a smattering of Bronx locations: Mottley Kitchen, Gun Hill Brewing Company and The Bronx Public.

“My whole thing is bringing life to these locations, showing [guests] that the Bronx has dope and creative locations,” De Jesus says. “It’s about showing the people who are coming from the city or Brooklyn or Jersey that the Bronx is beautiful, no matter what the news portrays.” 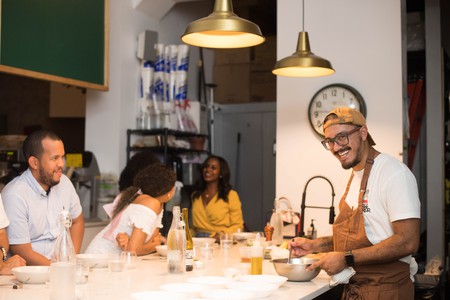 Despite the fact that the Bronx is merely a 20-minute subway ride from Midtown Manhattan, few people – aside from locals of course – are familiar with the borough. Although many previously uncharted neighborhoods in New York City have transformed into venerable culinary destinations, the Bronx hasn’t had the same kind of treatment – yet.

“The Bronx, if I’m 100 percent honest, is not ready for the type of thing I’m doing,” De Jesus admits. “I’m really trying to bring an urban, fine-dining experience to the borough.”

At Breaking Bread Kitchen, fine dining is married with the mysterious appeal of an underground dinner party. Guests don’t find out the location of the dinner until the day before, and the menu isn’t revealed until you arrive and De Jesus starts cooking; often De Jesus doesn’t even know what he’ll be cooking until that day. It’s been a successful formula: so far, De Jesus has sold out every event. 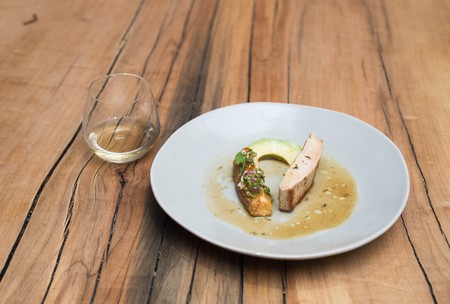 At the start of each dinner, guests congregate around a communal table, chatting with strangers and watching De Jesus and his counterpart, chef Christopher Cedeño, prep for the night. The two cook side by side, De Jesus diligently and meticulously working with his gold tweezers to plate a tangle of sunflower shoots, Cedeño behind him handling a cacophony of pots and pans. Guests watch in awe, pausing only to snap pictures or to pelt questions at the chefs – who eagerly respond and excitedly explain terminology, cooking techniques and foreign ingredients.

“The dinners are for the people. What we’re trying to do is educate the Bronx and Bronx natives on dishes like golden kiwi,” De Jesus says. “Let us introduce you to a new world of cuisine and food.”

Despite the emphasis on fine dining, De Jesus maintains a casual air by playing hip-hop music in the background. “It shows them that this dinner is not pretentious; you can come and be comfortable and be yourself,” he says. “I think that [music] is very soul-driven. It’s about what you feel in your heart, in your soul, what you feel on your palate. Music and food are very relatable in that sense.” 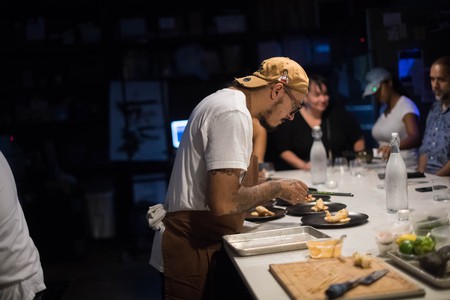 With a constant stream of Travis Scott or Drake humming through the speakers, De Jesus and Cedeño spend the rest of the evening cooking. Dishes run the gamut from small plates like sweet rounds of golden kiwi flanked by a pool of creamy burrata to seared duck and pan-fried sunchokes nestled in a mound of sunchoke purée. There could be seafood pasta – crimped cavatelli tossed with tomato sauce and bite-size morsels of scallops, shrimp and mussels – finished off with a flurry of shaved parmesan. “The Italians would think that’s sacrilegious,” Cedeño says to a chorus of laughter.

But for De Jesus and Cedeño, that’s the whole point.

“We play with no rules,” De Jesus says. “There’s basically no guidelines for these dinners. We cook with no boundaries; it allows us to be ambitious when it comes to the menu, but it also allows us to create a new lane not only for the Bronx, but also for ourselves.” 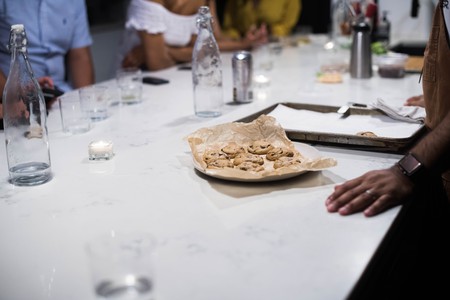 The meal ends when De Jesus pulls out a tray of just-baked chocolate-chip cookies – his 11-year-old daughter’s recipe, he insists. He reserves one or two for himself and Cedeño.

“We’re not limiting ourselves to anything,” De Jesus says. “We just want to give people a dope meal, but also something they can talk about for days, months or years.”