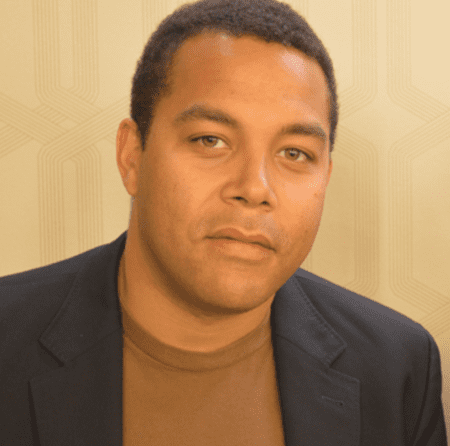 The filmmaker and critic’s new book dives into a personal and cultural history of the Brooklyn neighborhood.

For many generations Bedford-Stuyvescent, more widely known as “Bed-Stuy,” has been the nucleus of Brooklyn’s African-American culture. Countless black artists have called Bed-Stuy home at one time or another, including Jay-Z, Mos Def, June Jordan, Chris Rock, Biggie Smalls, and Spike Lee. More recently, it has undergone a profound cultural change, as the neighborhood’s demographic has shifted toward younger millennial residents. Witnessing its change was Brandon Harris, who moved to the neighborhood in 2004 as a film school student and staying there after graduation. While cutting his professional teeth in the independent film industry as a filmmaker, critic, curator, Harris developed a personal affinity toward his adopted neighborhood, using its rich and mappable history as guideposts on his own path of identity and maturity, a journey he narrates in his excellent new book Making Rent in Bed-Stuy. With great perspicacity, wit, and emotional intelligence, Harris fluently tells two stories, that of Bed-Stuy, and that of his own coming of age.

Harris was kind enough to answer some questions about writing Making Rent in Bed-Stuy. 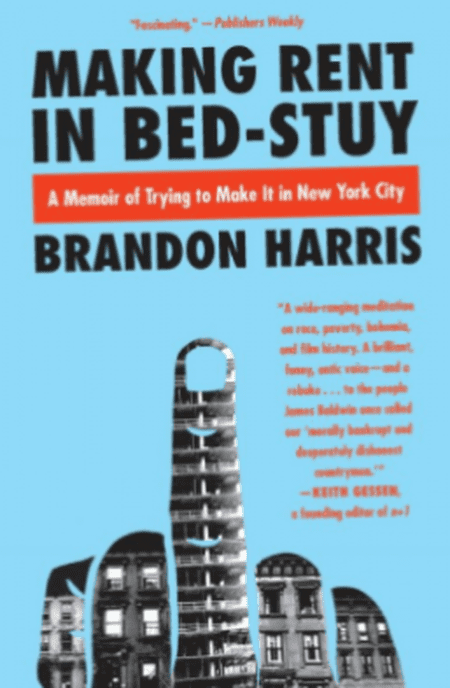 You moved to Bed-Stuy in 2006 when the fingers of gentrification were just beginning to reach into the neighborhood. You’ve since moved out of the neighborhood, but I’m curious what’s like for you to return to it these days?
The journey of writing this book, both in the archive and on the streets, forever changed the place for me certainly. I have a bit of nostalgia perhaps, even though the earliest years I lived in Bed-Stuy were often hard ones. Even having moved away, I still spend a decent amount of time in the neighborhood. Many more people in my social universe live there now then in my earliest years in the Bed-Stuy, because of the very forces I describe in the text. So I’ve seen the change gradually take place. Most of the bars and restaurants and speakeasies and illegal concert venues I would frequent in the aughts are long gone. It is a changed place.

The African-American history of Bed-Stuy dates back much further than that of Harlem and has arguably as rich an African American culture if less known than that of its Manhattan sister neighborhood. What kept Bed-Stuy in Harlem’s shadow?
One could argue that the southeastern front of Bed-Stuy, the part of the neighborhood that stretches back to the Weeksville era, is a more significant achievement in the long march toward liberty and economic and social self-determination for African-American than Harlem’s ascendence at the beginning of the 20th century. But the cultural products of Harlem, be they jazz or literature or sports, captured the national and international zeitgeist just as New York emerged as the preeminent global city in the year’s between the World Wars. Bed-Stuy’s second wave of African-American settlement, powered by the Great Migration and the overcrowding of Harlem, was only just beginning in those years, and really came to fruition after the subway connected Harlem to the central Brooklyn in an efficient way.

You used to live quite close to the Marcy Projects, which is where Jay-Z grew up and whom you write about in the book. You also write a bit about interacting with some of its residents, yet projects often come off as sub-neighborhoods, or residential islands onto themselves. Why do you think that is?
They are designed to disempower people. Isolating the working poor, the disabled, and the under resourced into unattractive, utilitarian high rises that lack amenities was never supposed to be about anything else. Robert Moses was candid about this. He engineered the modern New York cityscape to keep negroes away from prominent parks, he made public pools anywhere near there homes intentionally frigid in order to keep them from going, he did his best to make traffic in Harlem as bad as possible. In short, his public policy. If the idea of the “private public” partnership was a serious one, the state would give corporations tax breaks to open up factories they would normally place overseas on entire floors of modern project buildings, and give the current residents generous housing subsidies to situation themselves in neighborhoods that would benefit from a mix of incomes.

Along with being a memoirist, you’re also a filmmaker and film critic. The title of your book is in some ways a nod to you trying to make rent while pursuing these occupations. Is this book two love letters at once—one to Bed-Stuy, and one to the artist as a young and broke aspirant?
Not so much. I am ambivalent about both the place itself and the reasons I was there in the first place, so the book is isn’t much of a love letter as far as I’m concerned. But yes, I did want to leave the reader with some sense of what it was like to—as a young negro artist who doesn’t not come from great wealth but yet still retains great privilege thanks to my appearance and my ability to code switch—navigate a changing, ever more expensive, increasingly whiter Brooklyn.

Part of the public events to promote the book have been a week of Bed-Stuy related films at the Manhattan theater Metrograph and the Brooklyn theater Alamo Drafthouse Cinema. Could you highlight these and talk about curating this series?
Well, Metrograph and the Alamo Drafthouse Brooklyn, where I’ve been showing movies in support of the release, are both remarkable new venues that are key parts of the renaissance in repertory film programming that has gripped New York in recent years. Jake Perlin at Metrograph and Cristina Cacioppo at Alamo are both friends and among the best programmers I know, so I was thrilled when they both sparked up in helping me promote the book by showing many of the films I discuss in its pages. Next week I’ll screen two more at Alamo: Half Nelson, one of the great Brooklyn set indies of the aughts, and Newlyweeds, which is, in its own goofy and yet deadly serious way, a remarkable look at the divided class loyalties of young blacks in Bed-Stuy.

Making Rent for Bed-Stuy is now available for purchase. You can read an excerpt of it over at n+1.