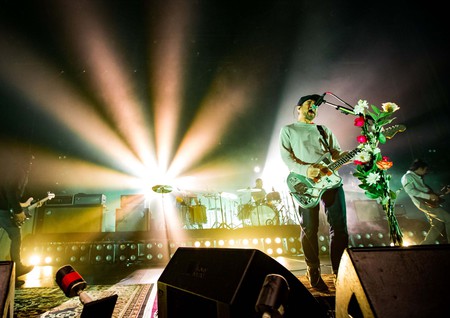 When Brand New released Daisy on September 22, 2009, things got complicated. While their third LP, The Devil and God are Raging Inside Me, has been long lauded as one of, if not the, greatest emo records in the genre’s existence—it made them the cult band—Daisy struggled to win the same homogenous recognition from critics and, especially, fans.

Drew Beringer of AbsolutePunk (now chorus.fm) declared, “Daisy is auditory proof, as this is the Long Island quintet’s most challenging and distinguished album yet,” but also commented that “some will love it, some will hate it, most will be perplexed by it and will need many listens to digest it.”

Alex Young of Consequence of Sound rated the album a “C+” on their grading scale, writing, “all the abrasiveness comes across as a bit fake, almost excessive at times, as if they are settling on a sound they know will just work.” BBC‘s Chris Beanland shared similar sentiments: “by expanding their palette, Brand New may have lost some of their own identity.”

Daisy is a violent engine breakdown, and it’s difficult not to look at it through the same lens we view Nirvana’s In Utero.

And then Brand New disappeared.

For a band that had provided catharsis at every turn to their angsty following, Daisy wasn’t the ending most wanted to accept, certainly not the ending anyone expected, and with Science Fiction now in hand, the ending that never was.

But it was hard to see the light through the years of statements of “we’re working on a new album” without payoff and radio silence—Brand New’s glamour partly derives from their lack of social media appeal, the counterweight being their immense live presence. From the Robert Langdon-worthy scavenger hunt of SHONE (drummer Brian Lane’s 2012 side project) to the cliff-dropping single releases like “Mene” and “I Am a Nightmare,” Brand New fans entered a hibernation of sorts—always skeptical, but always ready for the resurrection.

It was only a matter of three days: after tweeting out a pre-order link for a “very limited vinyl” version of an untitled fifth album, due to ship out some time in October, random fans started receiving mysterious packages on August 15, that included CDs bearing one 61-minute, 27-second track. A few hours later, the Internet had sleuthed out the album’s title, tracklist, and cover art, and then the album went on sale on their own label’s website, Procrastinate! Music Traitors.

So now that Science Fiction is here, where does it stand in the band’s catalogue? Here are a few titles it deserves:

We’ll get back to the last point, but let’s quickly look through the album’s 12 tracks: 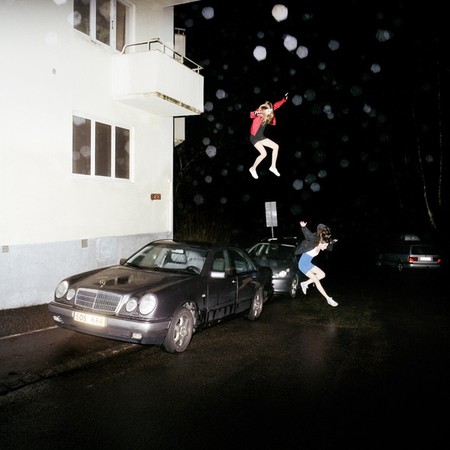 “Lit Me Up”: SHOOK. There’s always been a ghostly quality to Brand New’s music, like every album is the remaining documentation of a life come and gone. The pallid traipse of the opening track is expertly ambiguous; while simultaneously expecting everything to happen at any moment, the album’s intentions are never cued. The album’s weight is increased without ever adding mass.

“Can’t Get It Out”: The raw rock of Daisy is back, but it’s all more scientific this time around. Brand New have long been champions of dynamics, and when Jesse Lacey and co. shift that extra inch during the second chorus (just before the eight-minute mark), you know this is what everyone’s here for. Yet, you know things are bound to get crazier thanks to the testy feedback and renegade strums that pierce the bass-led verses and power chord choruses.

“Waste”: We got our first taste of Brand New’s growing inclination for country influences on Daisy (see: “Be Gone,” beginning of “In A Jar”), but here we see the composite realized. Outlaw country!

“Could Never Be Heaven”: A natural brake check that never fully abandons the album’s pace through its steady whirlwind of classical pickings.

“Same Logic/Teeth”: We have our first clear-cut, standout lyric from Lacey: “Well this is the same logic that got us into trouble the first time / (When we discovered we could use) / The same logic to get us out of trouble / And shake off all the people we abuse.” There’s so much going on here between the screams, experimental riffs, and the weird, deep-voiced, “At the bottom of the ocean fish won’t judge you by your faults.” Anyone else think the ending sounds a bit reminiscent of the bridge on Justin Timberlake’s “Cry Me a River”?

“137”: A welcome slow burner. The guitar work on this album is another league compared to their previous albums, and the first real indication comes with the closing guitar solo (slight shades of Coheed & Cambria’s “Welcome Home” here). So badass.

“Out of Mana”: We’re in the meat of the album now; Brand New’s dynamics are in full force. Few other artists could get away with muted pulses to massive chords time and again, but Brand New makes it work every time.

“In the Water”: Wait, is Jesse Lacey an emo god or country star? Between the twangy guitar, trembling rhodes, and faint fiddle, this track should serve as the alt-country template moving forward. Don’t look now, but Brand New are on the verge of a radio single.

“Desert”: This is how you strip down a song without making it feeling like less. If there were ever any doubts of Lacey’s vocal talent and depth, he takes full advantage of the space given here.

“No Control”: A classic Brand New track. Riff city there at the end, wish they had done more with that.

“451”: The biggest chorus they’ve ever written. This song is the climax of a spaghetti western shootout, with all of its stomps, and just when you think they are going to wind things down after a quick guitar solo, fuckin’ NO! Key change, right before the 52 minute mark. This should be everyone’s most anticipated track to hear live.

“Batter Up”: Full of reverb and deconstructed, things come full circle here (I’m pretty sure it loops right back to “Lit Me Up”). Lacey leaves us with the album’s quintessential lyric: “It’s never going to stop / Batter up / Give me your best shot.”

Declaring something the “best” of anything is always a messy affair—it’s all (read: mostly) opinion in art, ultimately—and the larger the category, the bloodier the battle, and the more danger the argument is in of falling apart.

It would be almost pointless to try to convince anyone that Science Fiction is the best emo album ever recorded, or even that it’s Brand New’s career-defining offering. However, it is valuable to detail why it’s the most important rock album of the 21st century.

At a time when hip hop music has overtaken rock music as the most popular genre in the U.S., Brand New has returned with a critical release. Part of Science Fiction‘s legacy will come with its time of arrival, not simply because of its creative execution.

Yet, it’s not hard to see the significant influence emo has had in the development of today’s internet rap. Swedish import Yung Lean named his collective “Sad Boys.” Lil Uzi Vert’s most popular song “XO TOUR Llif3” has the Philadelphia native wailing in autotune, “All my friends are dead / Push me to the edge.” Look at the names on rap misfit Lil Peep’s (whom Pitchfork named “the future of emo“) sample list: Underoath, The Postal Service, Modest Mouse, Death Cab for Cutie, Owen, The Microphones, and, of course, Brand New (“The No Seatbelt Song”). Is it so crazy to believe that fans of Young Thug and Post Malone (the alt-country connection should be noted here) just might find something to love in Science Fiction too?

Brand New’s fans have always been some of the most ravenous out there, sort of like Beliebers, but more “I’m sad too” than “omg” vibes. Science Fiction recaptures the fervor all those who grew up in the ’90s/early ’00s felt as part of that scene, but the band’s return isn’t simply nostalgia satisfaction. Its blade is sharp enough to attract young listeners eager for something new, and after eight years, they’ve been gone just long enough to make first impressions once again, but this album comes with an untouchable maturity that will keep future musicians chasing for years.

No, Science Fiction isn’t the turning point that brings rock back into prominence; that isn’t going to happen. Ever. However, it does have the ability to inspire kids to be in bands again, not just SoundCloud producers.

In 2016, Brand New seemingly announced their imminent breakup, releasing new merchandise that read like tombstones, “2000—2018.” It would be silly to doubt something so prophetic when it comes to Brand New, so if Science Fiction really is their last album, they ended things right, and with their dissolution, may there be new life.