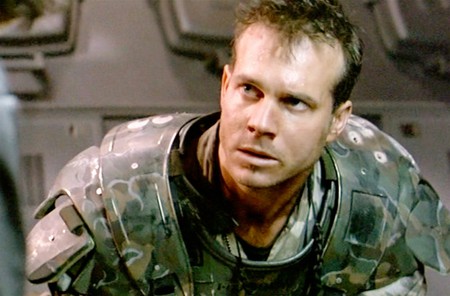 After making his breakthrough as the punk leader in James Cameron’s The Terminator in 1984, Paxton became a fixture in Hollywood. Born in Fort Worth, Texas, on May 17, 1955, the boyishly handsome actor brought his easygoing charm to a wide array of movies and television dramas.

A favorite of Cameron, Paxton established a niche in sci-fi movies, appearing in the likes of Aliens, Predator 2, Apollo 13, Titanic, Thunderbirds, and Edge of Tomorrow. He was a natural choice for both period and modern Westerns: One False Move, Tombstone, Frank and Jesse, Hatfields & McCoys, Texas Rising.

Paxton had one of his greatest successes playing a storm-chaser alongside Helen Hunt in Twister. The 1996 action-adventure movie currently ranks as the 76th biggest US box-office performer of all time. 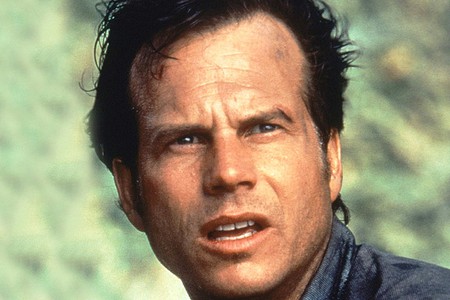 Paxton’s outstanding portrayal of the affable, garrulous, but ruthlessly efficient Arkansas police chief in 1992’s One False Move made Carl Franklin’s thriller a sleeper hit and brought the actor to the cusp of major stardom.

He wasn’t a dominating screen presence early in his career and never became an A-lister, yet he remained one of those actors whose comparatively low-key public persona enabled him to enrich—and steal—many of the movies in which he co-starred.

He was 50 when he was cast as the polygamous Mormon husband in HBO’s Big Love (2006–2011). He established a new aura of authority in the complex family drama and received three Emmy nominations during the series’ run.

Paxton directed Frailty (2001) and The Greatest Game Ever Played (2005). As an actor, he had completed all 13 episodes of the first season of Training Day, which is currently airing on CBS. Even before Paxton’s death, it wasn’t expected that the series would be renewed. 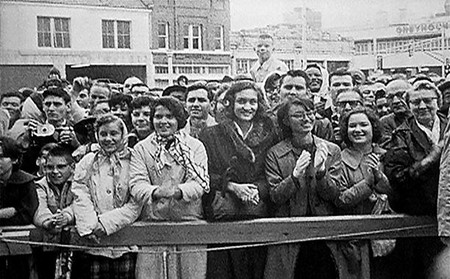 As an 8-year-old boy, Paxton was photographed in the crowd waiting outside the Texas Hotel, Forth Worth, to see John F. Kennedy on the morning of November 22, 1963. Paxton recalled that an African-American man had hoisted him on his shoulders. Kennedy was assassinated in Dallas later that day.

Paxton married the Canadian actress Kelly Rowan in 1979; they parted after less than a year together. He married Louise Newbury in 1987. Louise and their children James and Lydia survive him.