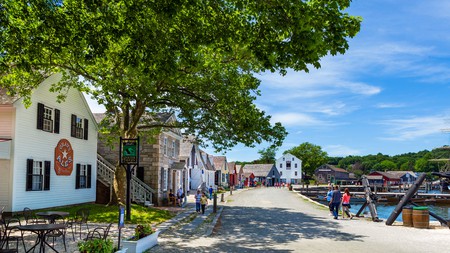 When the concrete jungle of New York City becomes too much, it helps to know you’re near a handful of coastal towns that offer a much-needed breath of fresh air. To help you decide which to visit, here are our top waterside towns that are no more than a five-hour drive from NYC.

This village on the banks of the Peconic River is the embodiment of small-town charm. It was a prominent whaling port in the 19th century, but now has quaint harbors, elegant houses and white-sand beaches – typical of the North Fork of Long Island. Spend your days fishing, gardening, bird-watching or taking selfies amid the roses and hydrangeas popping out of picket fences. Taste delicious seafood at Little Creek Oysters and carve out time to explore the local wineries – the year-round tastings at Kontokosta Winery are the best. 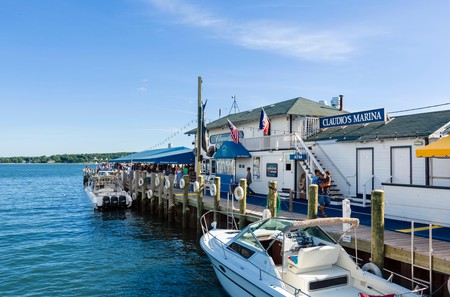 Greenport was once a prominent whaling port, but is now home to quaint harbors and white-sand beaches | © Ian G Dagnall / Alamy Stock Photo

For astounding ocean vistas and laid-back vibes, make your way to the end of Long Island’s southern shores. Beautiful and secluded, Montauk is the place to run to after a long, tiring week of work. The main draw is the 1976 Montauk Point Lighthouse, which has a museum in the keeper’s house – check out the historical documents signed by George Washington. If it’s adventure you’re after, hike through 415 acres (168ha) of heavily wooded land at the Camp Hero State Park, which used to be a military base. During the colder months, seal watching is a must. 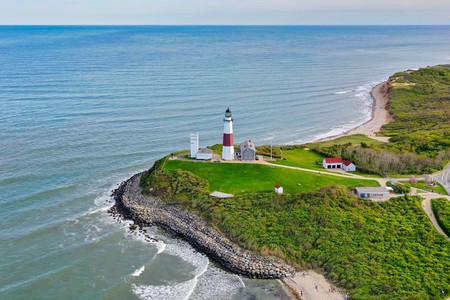 If you’re craving color, this little town at the southern tip of the Cape May Peninsula delivers. It stands out with chic Victorian houses that are predominantly white with bright-colored details. Take a carriage ride through town to get a closer look at the architecture. Among the highlights is the grand Emlen Physick Estate; now a museum, the mansion and its fully preserved interiors bring the Victorian era back to life. For shopping in cute boutiques, explore the pedestrian Washington Street Mall area, and for magical views across Delaware Bay and the Atlantic Ocean, pass by the Cape May Lighthouse. 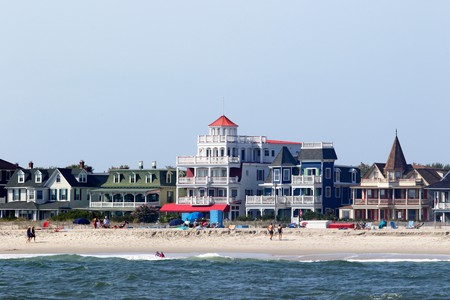 Hipster and cool, Asbury Park is – in a way – the Williamsburg of New Jersey, with one of the most exciting boardwalks in the US. The town was popular for its casino during the 1920s, before Bruce Springsteen played legendary shows here at the Stone Pony in the 1970s. The Pony is still very much alive, while Asbury Lanes, a retro bowling alley and live music bar, has reopened – and it’s livelier than ever. Apart from the vibrant music scene, you’ll find hip hotels and cocktail bars, vintage shops, arcades and the best pizza on the East Coast. 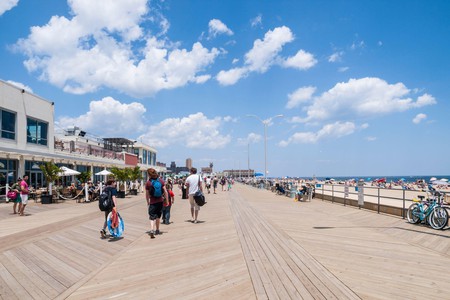 Super popular with celebrities, Newport is known as the town that hosted the America’s Cup sailing regatta for years. Its harbor is still dotted with lavish yachts, while the many waterfront restaurants and fancy resorts give away Newport’s rare finesse. Take a guided tour to explore the spectacular Gilded Age mansions lining Bellevue Avenue – the Breakers, modeled after a Renaissance palace, and Chateau-sur-Mer are particularly pretty – and stroll around the clusters of colonial homes that make Newport so picturesque. Don’t forget to hit the beach or rent a boat to sail around the glamorous bay. 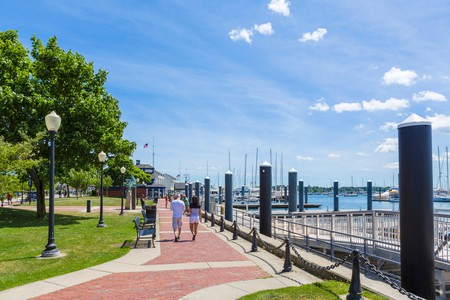 The Queen of American Lakes has given its name to this charming town sitting on its banks. Lake George is found in New York’s vast Adirondack region that’s marked by grandiose mountains and a large forest preserve, providing the town with lush vegetation and unreal vistas. Aside from the splendid scenery, Lake George is home to great beaches and cute waterfront restaurants – with pizza being a local specialty. Those with a sweet tooth will especially love the ice cream trail. There are 16 ice cream hotspots along this route, so show some restraint or you’ll get a severe case of sugar rush. 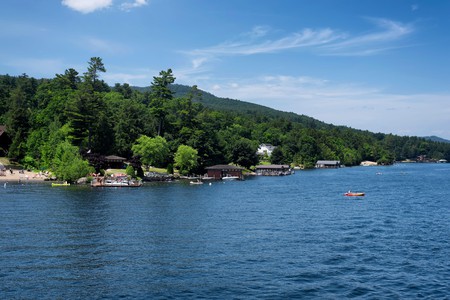 If you can’t get enough of lakes, then this town sitting on the northern shore of Skaneateles Lake should be your go-to sanctuary. Everything is within walking distance here, so you can easily take in the soothing views of New York’s “bluest water” from every angle. Walking along the pier sounds like a legit way to spend your time in Skaneateles, but there’s more to do. Tuck into juicy seafood at Doug’s Fish Fry and sip local beverages at the many wineries and breweries. And if you’re into classic boats, the annual Skaneateles Antique & Classic Boat Show presents a wide selection, with some boats dating as far back as the early 1900s. 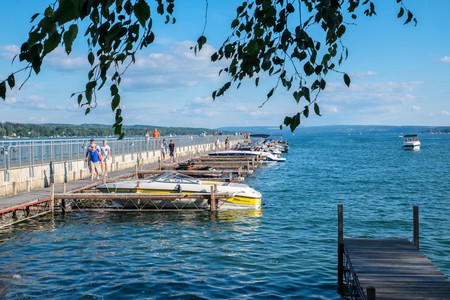 You might know Mystic as the setting of the 1988 Julia Roberts film Mystic Pizza, but the town was also a significant Connecticut seaport in the 18th and 19th century, with more than 600 ships built here over a span of 135 years. A number of those have been preserved and are displayed at Mystic Seaport, one of the largest maritime museums in the US. The town is organized around the glossy Mystic River, which is lined with attractive boats and restaurants, and a broad boardwalk with benches. Grab a cone of homemade ice cream from one of the parlors and stare at the calm waters for hours on end. 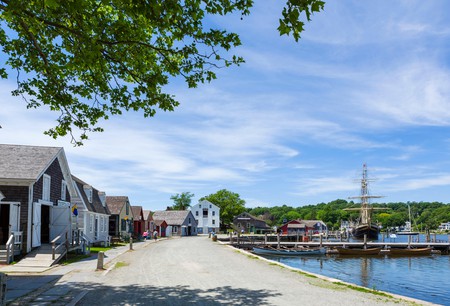