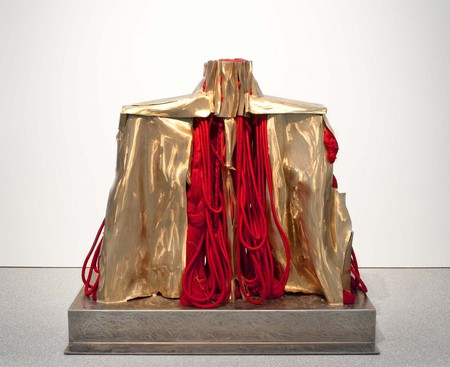 Internationally acclaimed artist Barbara Chase-Riboud was first recognized at the mere age of 15 for one of her prints, which the Museum of Modern Art purchased in 1955. Today, Chase-Riboud is something of a contemporary Renaissance woman – world-renowned sculptor, novelist, and poet – whose work fuses concepts and aesthetic themes from multi-cultural traditions, creating something of a ‘transglobal’ art form. We find out more.

Philadelphia native Barbara Chase-Riboud graduated with a BA in Fine Art from Temple University in 1957 and received a John Hay Whitney Fellowship to study at the American Academy in Rome that same year. It was during her time abroad that she first conceived of the bronze and aluminum sculptures for which she is celebrated today. She continued her travels to Egypt, where she cultivated a fascination with non-Western art. In 1960, Chase-Riboud finished her first commissioned public work at the Wheaton Plaza Fountain in Maryland. 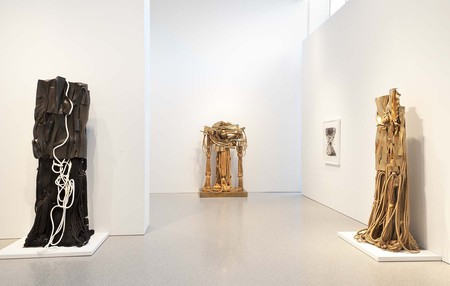 Having found great success as a visual artist, Chase-Riboud is perhaps best known for her towering sculptures of bronze and aluminum. In the mid-1960s, she began constructing thin sheets of wax, which she could morph into unusual shapes. She would then bring these works to a local foundry for casting, which allowed each piece to reach greater heights. Amongst her most famous sculptures is a collection titled ‘The Malcolm X Steeles’, which pay homage to Malcolm X’s journey ‘from a convict to a world leader.’ Combining various textures and materials, these pieces are, in essence, contradictions in metal; bronze and silk, rigidity and fluidity, male and female. A radically new depiction of Malcolm X, they also acknowledge modern art as a form of cultural integration. Most recently, a retrospective of these pieces opened at the Philadelphia Museum of Art to much acclaim in 2013. 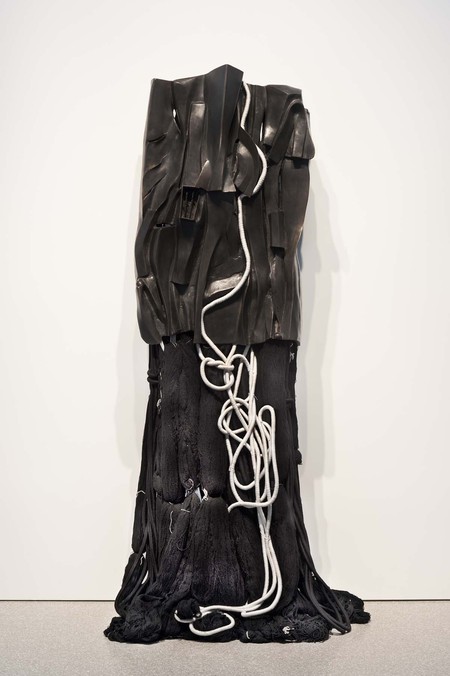 Chase-Riboud’s talents don’t end in the realm of visual art; she is also acclaimed for her literary gifts. She temporarily stopped writing after being falsely accused of plagiarizing a poem titled ‘Autumn Leaves’, but even as a child, her work was the subject of high praise. In 1974, the artist published her first book of poetry. In 1979, her novel Sally Hemings won the Janet Heidinger Kafka Prize for Best Novel by an American Woman, and its sequel, The President’s Daughter, followed in 1994. Other works include Portrait of a Nude Woman as Cleopatra, Hottentot Venus, and Everytime a Knot is Undone, a God is Released. More recently, her work was inducted into Emory University’s Manuscript and Rare Book Library. 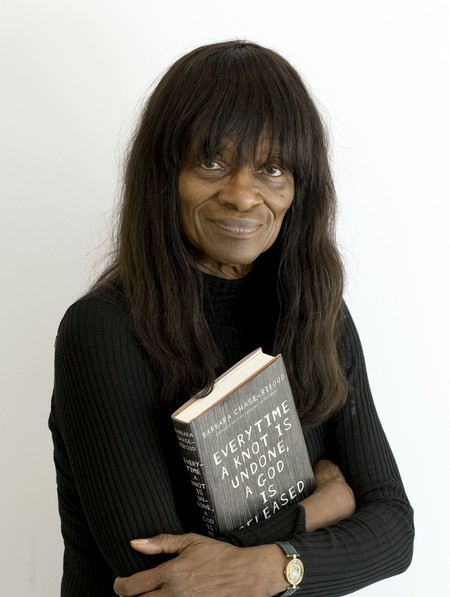 Barbara Chase Riboud with her book, Everytime a Knot Is Undone, a God Is Released, 2014. Photograph by Matthew Newton.

Given her penchant for globetrotting, it’s unsurprising that Chase-Riboud’s work often pulls from a cross-cultural palette, drawing from her exploration of cultural attitudes in the 20th century. Quoting Man Ray, Chase-Riboud said of her dual citizenship, ‘I love being a foreigner; it is the underlying status of the artist to be an outsider and to stand outside the realm of society, better to describe and dissect it, even a society that rejects you anyway.’ In her travels, Chase-Riboud found not only the inspiration for her famed sculptures but also liberation from the racism that remains so prominent in the United States. This fascination with the transnational, the diverse, and the ‘other’ is also represented in the multimedia aspects of her works, as well as through themes of race and gender relations that she explores in her writing. 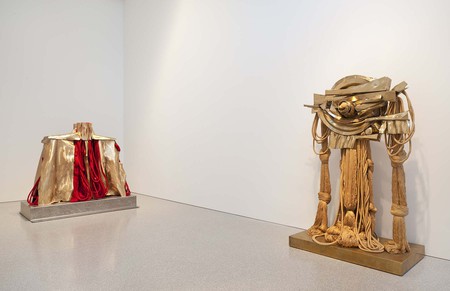 ‘I wanted freedom from the tyranny of the base,’ the artist once said. Thanks to the audacity and (at times disputed) originality of her work, Chase-Riboud seems anything but.

A prospective Comparative Literature major at Princeton University, Taylor Kang, when not fretting about all the languages she wants to learn, can often be found perusing ‘The Paris Review’ or listening not-so-secretly to Lana Del Rey.