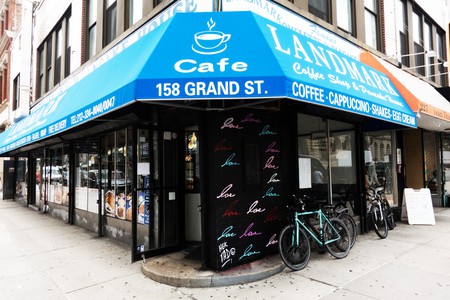 Founded in 1962, the Landmark Coffee Shop and Pancake House remains a SoHo staple. Moviegoers know it from the scene in Desperately Seeking Susan (1985) that shows Roberta (Rosanna Arquette) embracing the free-spiritedness amnesia has bequeathed her and enjoying the company of easy-going projectionist Dez (Aidan Quinn).

These days, blue Formica tables sit in place of the red and white furniture from the film. The red window blinds have also gone. The service is brisk and friendly, and the burgers, omelettes and pancakes satisfying. It’s a place for everyone, except those who dine exclusively at restaurants with two-hour waits serving tiny portions.

Director Susan Seidelman’s infectious comedy involves an exchange of values. Having lost her memory after taking a bump on the head, shy housewife Roberta takes on the identity of carefree boho drifter Susan (Madonna) and liberates herself from her stifling marriage to unfaithful bathroom salesman Gary (Mark Blum). Hanging out at Roberta’s New Jersey home with Gary, Susan gets a taste for middle-class comforts. 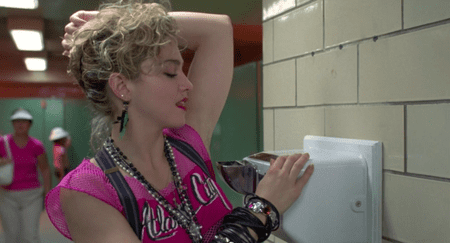 Roberta’s transition drives the movie. Key scenes unfold at Battery Park and in the East Village, but the moment when Roberta first embraces her burgeoning rebelliousness occurs at the Landmark.

Having spent a chaste night with Dez, Roberta invites him for breakfast. She dresses in a dark gold jacket (sporting a design of the dollar bill’s pyramid and Eye of Providence symbol), formerly owned by Susan, and a green sparkly mini-dress, net gloves, beads and a stolen ancient Egyptian earring found in Susan’s hatbox. 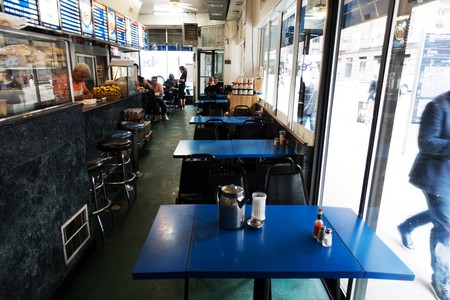 Whereas Roberta was self-conscious at Dez’s place, wearing Susan’s stuff empowers her to be laid-back in his presence as they continue falling in love at the diner. Roberta doesn’t imitate Susan’s cool insolence – because that would have meant Arquette out-Madonna-ing Madonna. 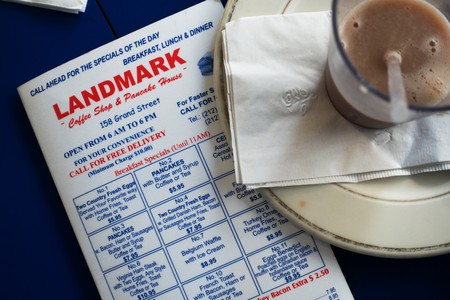 The diner is also where a waitress mistakes Roberta for Susan, presumably a dine-and-dash expert, causing Roberta and Dez to be evicted. Though the mistaken-identity problem is resolved, it’s doubtful if the Landmark’s fictional manager would have let Roberta take her place by the counter again. Visitors to SoHo can, however, seat themselves there without a problem and recall Rosanna Arquette and Aidan Quinn ordering blueberry blintzes.