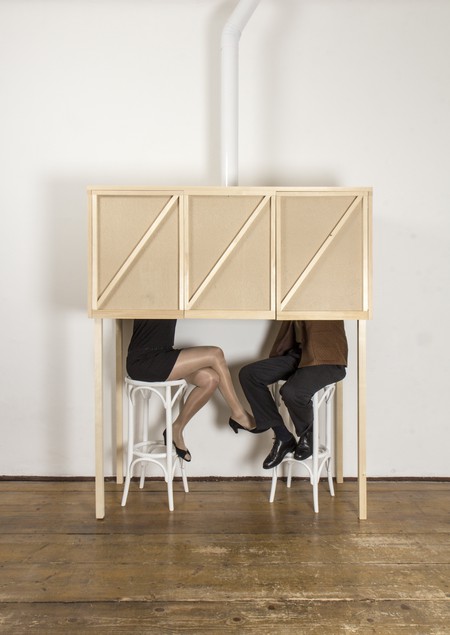 An Austrian design collective, breadedEscalope, is designing interactive products that ask today’s busy, technology-inundated consumers to reconsider the environments and objects around them. They’re now bringing this ethos – including the world’s tiniest bar, a clock that stops time, and an interactive stool – to the United States. 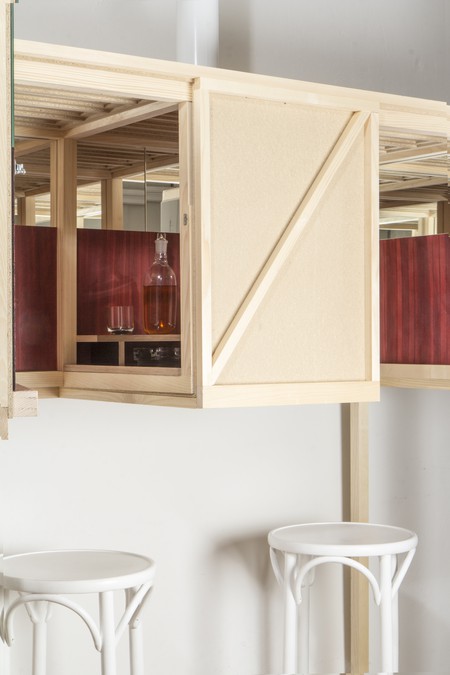 Anyone who laments the state of the contemporary bar scene (Loud music! Everyone’s texting! Awkward Tinder dates everywhere!) should take a look at Bar Non-Lieu. Conceived by Austrian functional art collective breadedEscalope, the design comprises a wooden box on legs with stools underneath, and the name literally translates to “no place.” Two participants sit on the stools, swing open the box panels, and find themselves sitting across a small table from each other – the panel between them offers an ashtray, a candle, two glasses and a bottle of alcohol. Voilà: the world’s most private bar.

“Atmosphere is what we are looking for and trying to recreate and communicate,” explains Michael Tatschl, a member of the collective. “From everyday experience, you would never enter such a room. It’s a nice social tool in a way.” Outfitted with mirrors that create a sense of space and a deep red interior that inspires nostalgia, the bar generates welcome opportunities to reconnect with drinking buddies or dates on a one-to-one basis.

A sense of humor and thoughtful approach to detail pervade their work, which will appeal to both design connoisseurs and those who just like cool, funny stuff. 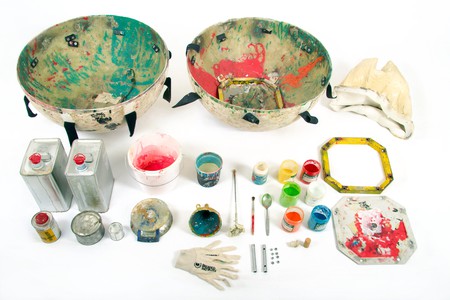 The story of how functional art collective breadedEscalope got its name underscores the exuberant, collegial spirit that pervades the group’s ethos. As master’s students studying product and spatial design at London’s Kingston University, Sascha Mikel, Martin Schnabl, and Michael Tatschl exhibited a new project, a kind of turnstile with water jets instead of bars, at the 2004 edition of Industriemesse, a fair in Hanover, Germany.

There they met the architects of the Austrian pavilion for the next year’s Japan Expo. Enthusiastic about the work, the architects invited Mikel, Schnabl, and Tatschl to build a prototype of the portal. The trio then went out celebrating at a beer hall, picked up a menu, and saw the “breaded escalope” option (escalope is a thin, boneless slice of meat).

As Tatschl recalls, the translation was “English and French and Italian all at the same time, and we thought, ‘wow, that’s a cool name.’ But, in fact, it turned out that it’s not a cool name because it’s very tough – you spell your email address on the phone all the time, it’s really hard.” Before they could change it to something more phone-friendly, the name had stuck. 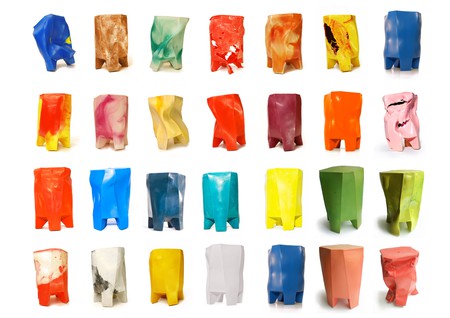 After the master’s program, breadedEscalope returned to Vienna, which Tatschl says is a “pretty good homebase for any kind of venture you want to start,” and added a fourth member, Gernot Sklenofsky. Tatschl emphasizes that the group still operates democratically, deciding together on propositions from a new offer to an object’s color.

Vienna offers him and his colleagues an emerging design culture and high quality of life: “For the size of the city and for its location in Europe, it’s developing a quite nice atmosphere and charm,” he says. “It’s taking on new design trends or art trends which are also observed in bigger cities, but with a more family-like approach.” 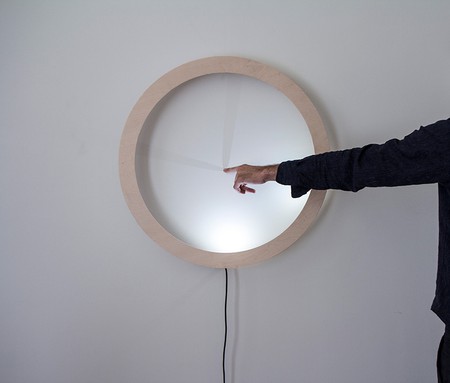 Through mid-February 2017, breadedEscalope will exhibit work at the Elga Wimmer Gallery, marking their second foray into the New York art and design world. In addition to Bar Non-Lieu, the exhibition includes Your Clock, a timekeeping device far less conventional than it looks.

Mounted on a wall, the rectangular black clock displays an hour, minute, day, and month – but not necessarily the accurate ones. Pull a chain underneath, and the clock changes to the correct date and time. Don’t pull the chain, and the display simply offers the date and time of the most recent human interaction. Frequently, then, the clock reveals more about the user than about time, more about a particular moment than about the constant shifting of the day.

This May, they will again visit the city, staging a performance at the Collective Design Fair. They will invite fairgoers to help create original stools by rolling a flexible silicone mold and additive color pigments in a hollow sphere the size of a gymnastics ball. The interactive process differs each time and creates personalized objects depending on who rolls the sphere and how.

“Each object will tell their own story,” says Tatschl. “Every object is linked with where the production process happened.” Frederieke Taylor Gallery will exhibit more of breadedEscalope work, including another clock entitled Shadowplay – clock hands only appear when a participant touches a bright round circle of light with an index finger, the resulting shadows offering the time.

Hopefully, the breadedEscalope crew will find their own intriguing watering holes in the city – a couple of Manhattans in Manhattan, and they might just leave with another brilliant idea. 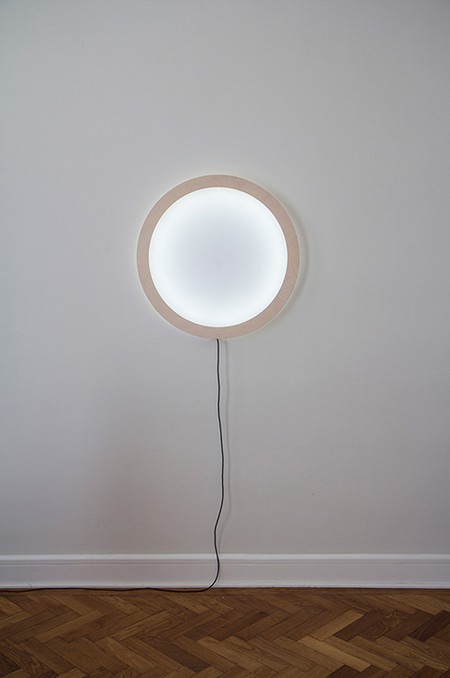 Interactive clock at Frederieke Taylor Gallery | © breadedEscalope
Give us feedback