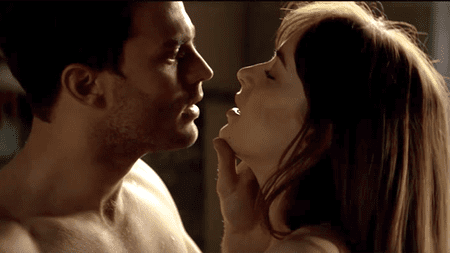 Our hero and heroine try to merge their conflicting values in the second Fifty Shades film. And do they exchange bodily fluids, too? Not so much.

Having accepted his insincere assurance that he would agree to a diet of vanilla sex when they resumed their relationship at the start of the movie, she has come around to coming the Grey way. She’s into it, too, though one suspects sub/dom role-play isn’t a driving need for her as it is for Christian, a self-confessed sadist. He introduces her to the spreader-bar ritual as if it were one of the material gifts he gives her as he campaigns to win her–but it’s she who’s doing the giving. 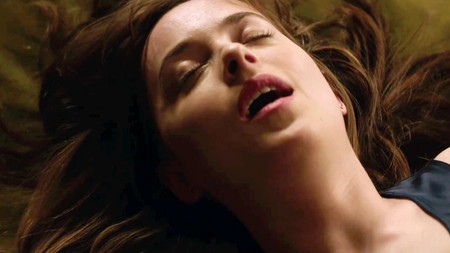 Christian purports to love her. But as a a world-class narcissist and power freak, he’s still incapable of intimacy or giving Ana the unfettered passion she needs as the protagonist of a saga that, despite its mildly transgressive soft-core aura, is as conservative as 1986’s 9 1/2 Weeks. There’s not the remotest suggestion that Ana has any sexual independence or agency.

Though director James Foley (Glengarry Glen Ross) and screenwriter Niall Leonard may think they’re merged Ana and Christian’s clashing values, Fifty Shades Darker is derailed as a love story by Dornan’s unyielding performance. Whereas Johnson allows Ana to shrug off her naivety and grow into a likeable, sexy woman who’s up for a spot of S&M—”kinky fuckery,” she endearingly calls it—Christian attacks romance with the same joyless determination he brings to business and copulation.

When he inserts a pair of silver balls inside Ana’s vagina to enhance her pleasure (or at least his) at a masked ball, he does it with all the sexiness of a scientist injecting mice with a virus. Even his sister (played by singer Rita Ora) admits he hasn’t got a sense of humor. 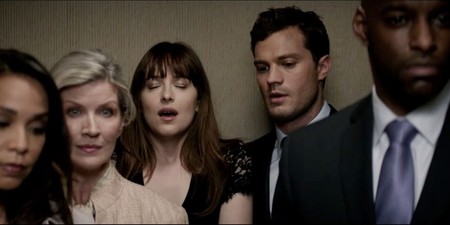 He does have some lube, though, and generously pours it over Ana’s breasts in the buildup to their Holy Grail moment. (The boy’s discovered foreplay!) Yet this only emphasizes that Fifty Shades Darker ought to have been fifty shades dirtier. Sex between Ana and Christian may involve leather restraints and cold metal, but it’s cosmeticized, deodorized, pristine. Theirs is a bedroom devoid of secretions, apparent muskiness, or even ripped condom wrappers. The movie is not simply unreal, it’s a fantasy of a fantasy—and, as such, a craven stab at erotica.

The moment when Christian’s stepmom (Marcia Gay Harden) slaps the woman who schooled Christian in perversion would grace a telenovela. That this Wicked Queen, name of Elena, is played by Kim Basinger suggests she’s really 9 1/2 Weeks‘ Elizabeth, and that she’s still smarting from the lashes of Mickey Rourke’s riding crop. Expect Ana to emerge unscathed from next year’s Fifty Shades Freed, also directed by Foley.