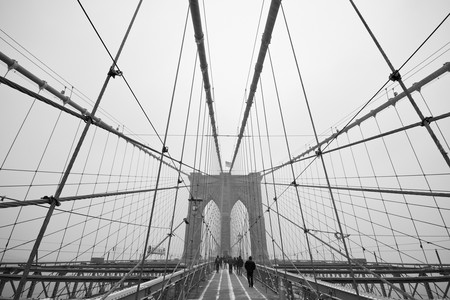 ‘To Brooklyn Bridge’ by Hart Crane

Hart Crane’s long-form poem ‘The Bridge’ is far and away the greatest literary work inspired by the Brooklyn Bridge. First published in 1930, the poem series was controversial for its experimental style, length, and lack of narrative, but its eclectic mix of various meters with free-form verse is electrifying, and its opening poem, ‘To Brooklyn Bridge,’ encapsulates this energy perfectly. Crane uses the bridge’s towers and cables as symbols for spiritual ascendancy, creating an ecstatic picture of urban modernity. 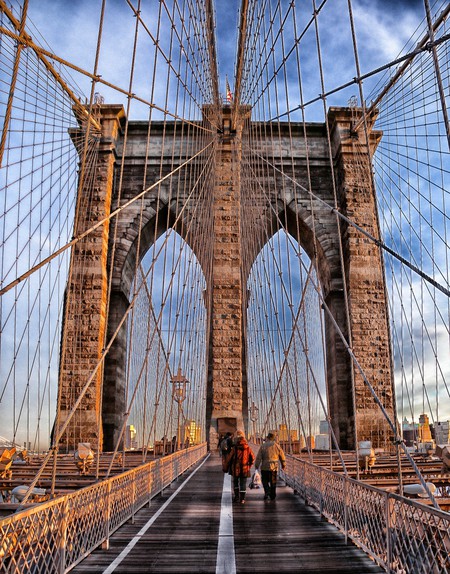 This is a little Beat-generation gem written by Jack Kerouac in 1956. ‘Brooklyn Bridge Blues‘ is a succession of ‘choruses’, which you can hear Allen Ginsberg reading here, all with signature Kerouac tempo and imagery. While bopping along to Kerouac’s musings, you’ll find his poem struggling to fit the bridge’s spiritual ascendancy (as in Crane’s poem, above) with the petty, hedonistic world beneath it. 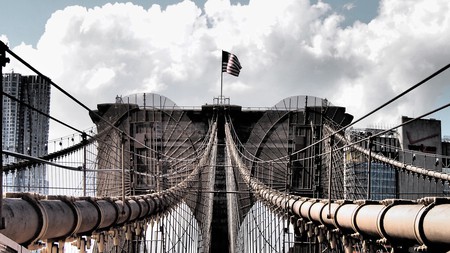 ‘Don’t Forget Ta Live Like You’ by Sara Beck

Though not nearly as famous as Kerouac or Crane, Sara Beck is a poet and journalist who crafted a wonderful little bridge-inspired pantoum for the New York Times. The poem is a Mad-Lib-like arrangement of bits of writing she found on the Brooklyn, Manhattan, and Williamsburg bridges. Her keen aesthetic sense takes a series of clichés and makes them not just bearable, but truly pleasurable to read. 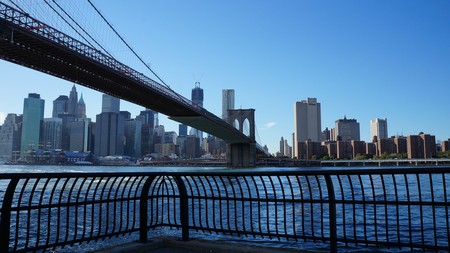 Not all poets view the bridge as a symbol of noble inspiration. Federico García Lorca, for one, saw it as a symbol of all that is sick and poisonous in industrial society. García Lorca was a Spanish avant-garde poet of the early 20th century, and ‘City That Does Not Sleep‘ displays his mortal terror in the face of urban industrialism. It reads like a fever dream declaring a prophetic omen. Morbid imagery and strange leaps of logic characterize this surrealist classic, which is not for the faint of heart. 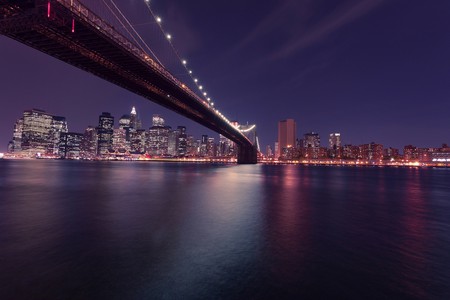 ‘Granite and Steel’ by Marianne Moore

Marianne Moore was one of the most important NYC poets in the period following World War I — she edited the popular arts journal, Dial, and won the Pulitzer Prize for her Collected Poems in 1951. Throughout Moore’s life, she was inspired by the Brooklyn Bridge; to her, it was ‘synonymous with endurance’ and ‘united by stress.’ Her glorious poem, ‘Granite and Steel.’ celebrates it as such — a physical embodiment of lofty ideals, a ‘caged Circe of steel and stone.’ 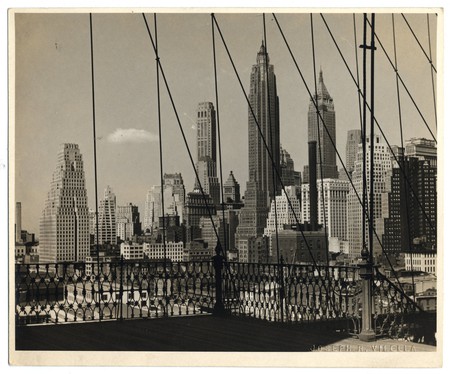 The Financial District from the Brooklyn Bridge, Sometime Before 1960 (New York City) | © takomabibelot/Flickr

The bridge doesn’t always represent ascendancy — it can also be a symbol for connection. That is certainly the case in ‘The Bridge, Palm Sunday, 1973‘, a touching rumination on brotherly love by the prolific contemporary poet, Alfred Corn. Referring back to Crane’s epic poem, Corn tries to engage with him in a dialogue across the ‘sentence’ of the bridge, turning the bridge into a place for spiritual connection — connection across the ‘islands’ of space, time, and people themselves. The poem’s prose-like rhythm is perfectly matched by its earnest emotion. 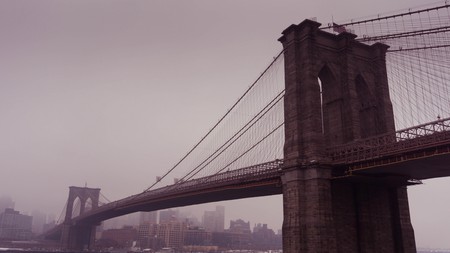 As the editor of the New York Times Book Review and the New York Times Magazine, the late Harvey Shapiro was a staple of NYC literary culture, and he was also a brilliant poet. Shapiro’s poetry was urban, with a sharp sense of humor and irony, as is seen in ‘National Cold Storage Company,’ which subverts Crane’s romantic view of the bridge in witty Shapiro style. Underneath this urban irony, there is a more unsettling suggesting at play here — that everything is subject to the erasure of time. 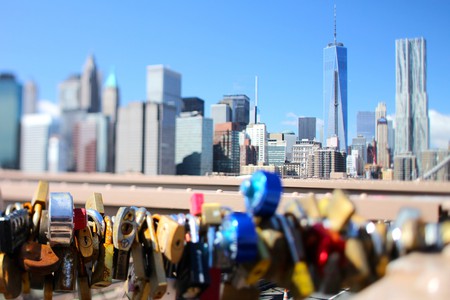 It may be odd to close with the only poem written before the Brooklyn Bridge’s construction, but it would be impossible to close without it. Walt Whitman, the patron saint of Brooklyn poetry, felt the area’s energy on a ferry in 1856, years before the bridge was built. ‘Crossing Brooklyn Ferry‘ prophetically sings directly to us, its future readers, and is an enthralling document of Whitman’s physical and metaphysical crossing. Through its themes of spiritual ascents, mortal doubts, and sublime connections, it foreshadows everything this landmark would come to represent.