An Introduction To Robert Mapplethorpe In 10 Photographs 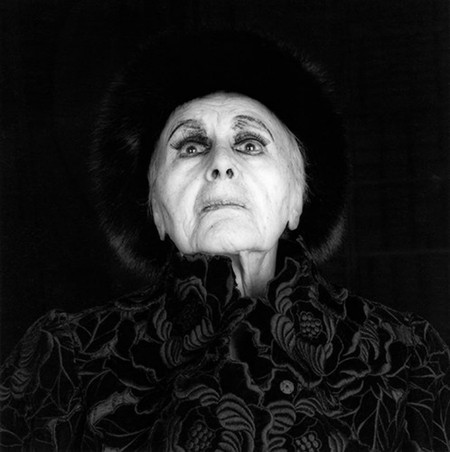 On her first night living in New York City, a 21-year old Patti Smith met Robert Mapplethorpe in Tompkins Square Park. In true New York City fashion, this encounter led to an epic friendship and partial love affair that was recounted in Smith’s memoir, Just Kids. When Mapplethorpe started experimenting with photography, Smith was his first subject, and he continually photographed her throughout their long-lasting relationship. The many portraits, including the iconic 1975 cover art for Smith’s album, Horses, show a deep level of trust and love that led to her ease in front of Mapplethorpe’s camera. 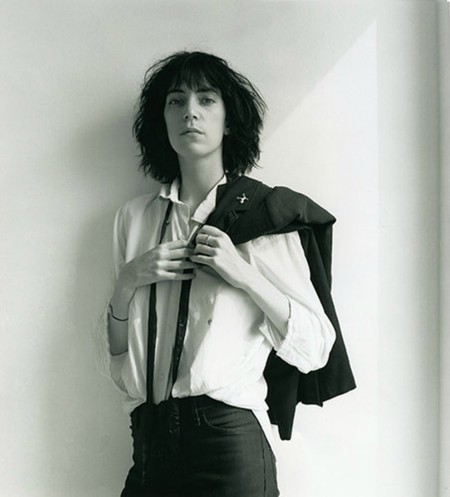 Mapplethorpe studied Graphic Arts at the Pratt Institute before dropping out in 1969. At Pratt, Mapplethorpe attended painting and sculpture classes, but never took an official photography course. His work in this medium began with magazine clippings incorporated into collages that explored ideas of sexuality and eroticism. It was not until 1970, when Mapplethorpe obtained his first Polaroid camera, that he began to experiment with photography. Leatherman #1, 1970 is a collage depicting a scantily-clad man with a whip in black and white, covered with plastic mesh against a red background.

Mapplethorpe took multiple self-portraits throughout his career, portraying himself as several archetypes, from the quintessential ‘bad boy’ donning a black leather jacket, perfectly-coiffed hair, and a cigarette hanging out of his mouth, to a woman in elegant makeup and a fur coat. His last self-portrait, taken just months before succumbing to an untimely death from AIDS, shows a gaunt and weary Mapplethorpe gripping a cane with a small human skull. This portrait is thought to be more of an intimate self depiction than a character, as the larger-than-life artist was beginning to come to terms with his mortality. 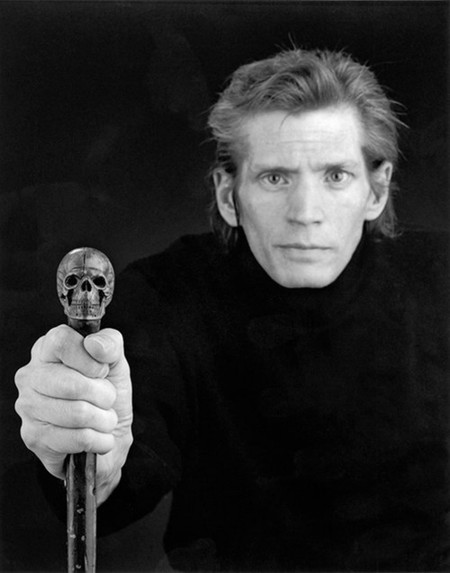 Robert Mapplethorpe’s classical compositions, dramatic tonal ranges, and deep understanding of form brought the concept of homosexuality and S&M identities to high art form. Mapplethorpe photographed the male nude when it was not a popular subject matter. His portraits gained publicity at the same time that the AIDS epidemic was sweeping the United States. His studio portraits are grounded in art history references, including Greek statues and Renaissance masterpieces that create a tension between art and pornography.

Lisa Lyon was the first World Women’s Bodybuilding Champion, and subsequently modeled for both Helmut Newton and Robert Mapplethorpe. In explaining his fascination with the subject, Mapplethorpe mused, ‘Lisa Lyon reminded me of Michelangelo’s subjects, because he did muscular women.’ Mapplethorpe had the unique ability to portray Lyon’s body as both masculine and feminine. Their collaboration included portraits, films, and the book, Lady, Lisa Lyon. 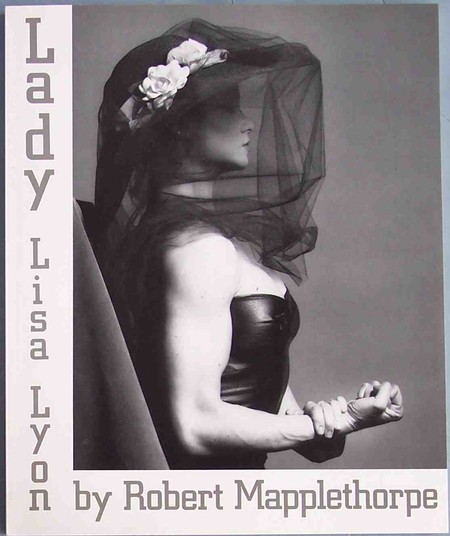 Robert Mapplethorpe claimed that he did not particularly like flowers, but he appreciated the opportunity to use them as subjects of experimentation with lighting and composition. Mapplethorpe was also aware of the symbolism associated with calla lilies, and understood that this work posed a higher commercial value amongst a wider audience than the sexually-explicit subject matter that he gravitated towards. 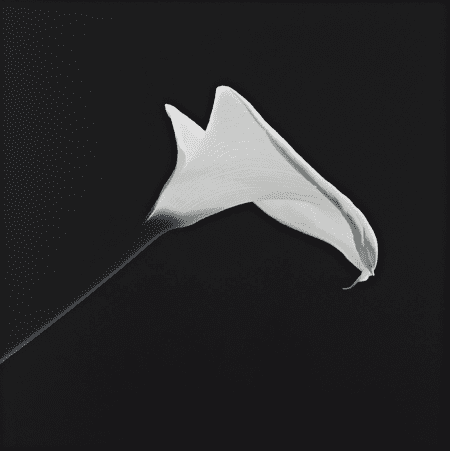 The male nude was a common subject of Robert Mapplethorpe’s in the 1980s, but his photographs sparked controversy, since many other artists, including Glenn Ligon, believed that their depiction complicated the racial undertones of the imagery, and were thought to lack concern for black individuals in the gay community.

Over the 106 years that the Chelsea Hotel was open, it housed elite members of the American cultural intelligentsia, including Janis Joplin, Jackson Pollack, Dylan Thomas, Jack Kerouac, and Allen Ginsberg. It was while he lived at the Chelsea Hotel with Patti Smith that Mapplethorpe began taking celebrity portraits. He was often called upon to document the events and patrons of the ubiquitous hotel. Soon, his celebrity portraiture became his main source of income, taking photographs of Andy Warhol, Deborah Harry, Grace Jones and Richard Gere for magazines such as Vogue and Vanity Fair. 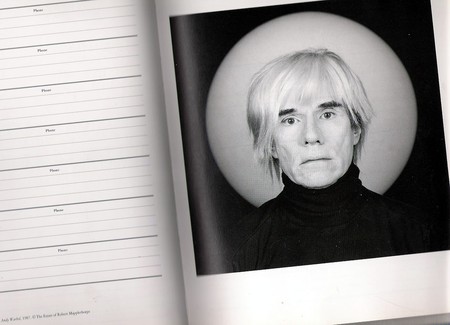 Robert Mapplethorpe’s Thomas was part of the controversial exhibit, The Perfect Moment, which ignited a fierce culture war in 1989. The traveling show, which featured classical portraits, flowers, and a section of graphic homosexual S&M photos, had been on display at multiple museums without protest before it was set to be shown at the Corcoran Gallery of Art in Washington, D.C. The Corcoran Gallery decided to cancel the show when Republican senator Jesse Helms organized a group of congressmen to write a letter to the National Endowment for the Arts (NEA). The exhibition traveled to Cincinnati’s Contemporary Arts Center where the photographs were later used as evidence in a case to charge CAC director Dennis Barrie with obscenity (he was later acquitted). Mapplethorpe was never directly persecuted, however he died a few months before the NEA controversy began.