An Introduction To John Coltrane In 5 Songs 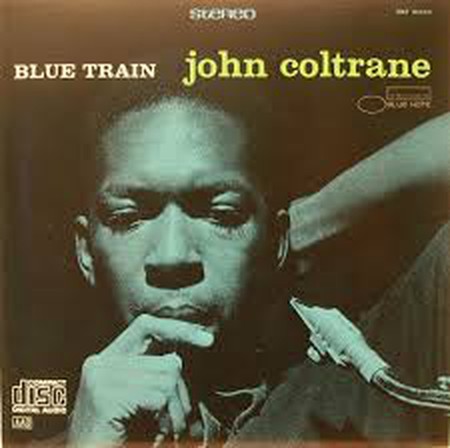 Modern music has a nasty habit of prizing one-trick ponies and flavor-of-the-month artists, so it’s quite easy to feel like most genres are stale and overdone. While this case is harder to make for modern jazz, even this diverse and fervently inventive genre has had its hacks. Thankfully, it’s also played host to a fair share of the artists who revolutionized modern music. More so perhaps than almost any other artist of his time, John Coltrane undoubtedly deserves to be ranked among the greatest. While his catalog is infinitely fascinating, here are five especially great, representative works that truly highlight his awe-inspiring musical dynamism.

Leaping all across the jazz spectrum, from standard to ballad to avant-garde odyssey, Coltrane simply refused to be held by any musical boundaries; in doing so, he has forever modified the way jazz is listened to, understood, accessed and even created. His intensely progressive tendencies and drive for experimentalism never wained in the entirety of his career. He managed to apply such philosophies to far more pop-friendly, commercially-accessible sounds in such a way that didn’t diminish his own musical perspective for audiences, but expanded audiences’ to understand him.

‘Moment’s Notice’ certainly lives up to its title. No time is wasted from beginning to end — booming leads come right out of the gate, and Coltrane’s signature sax solos reign over this long-running gem. As the focus rotates from instrument to instrument, it becomes clear that this song is almost more of an exercise in soloing than anything else. Regardless, the results are spectacular.

The power of this song exists in its simplicity. The ensemble is so rich, yet direct. Every part complements and makes sense of each other, and it lays out the perfect foundation for Coltrane’s soloing to take shape. The contradiction to his unhinged performance style and the consistency of the backing band is ingenious. Everything remains engaging while retaining enough space to breathe as a composition.

John Coltrane was certainly on the more abstract range of jazz throughout the mid-20th century, but he always retained a generally firm grasp of pop sensibility and musical accessibility. However, this notion changed entirely with the release of ‘A Love Supreme,’ and the first part of this landmark record sees Coltrane venturing into the endless world of the avant-garde, and essentially re-writing jazz as he goes along. Such a mastery in nothing short of humbling.

A far cry from the upbeat and ferocious musical energy of the majority of his output, ‘In a Sentimental Mood’ finds Coltrane’s sound being guided by a somber, slow-tempo grand piano and a swing beat that never gets much faster than a casual stroll. Of course, Coltrane’s saxophone adds the melodic touches needed to turn this track from any dancehall jazz number into a beautiful, emotive song.

Where ‘sentimental mood’ drifts into calmness and melancholy, ‘lush life’ ditches any lingering notion of high energy and dives headlong into the lamentation of self regret, disappointment, failure and turmoil. The sullen vibrato of Johnny Hartman turns the entire ballad into a heart wrenching affair, softly contemplating the virtues and utter fears of solitude and stagnation — topically fitting for the song as it sounds like it is trying to burst forth and bloom all throughout its five minutes.