An Introduction to the 10 Best Billy Joel Songs 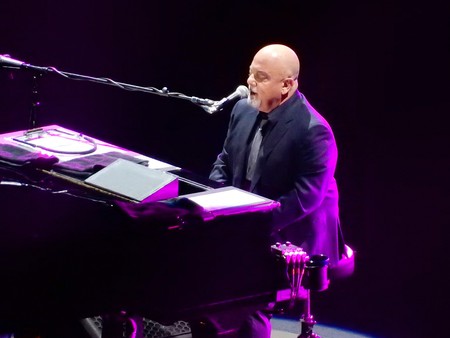 Take a trip to any bar in the five boroughs and you’ll probably hear at least one Billy Joel hit. Between his profound analyses of the tri-state experience and his homage to doo-wop, early rock ‘n’ roll, and even classical music, New Yorkers can’t help but view Billy Joel as a hometown hero. Take a musical journey through 10 essential tunes by Billy Joel to see why we’re so crazy about the Piano Man.

Although ‘Captain Jack’ was never actually released as a single, it’s often considered one of the artist’s most important compositions. Written in 1971, this moody, psychedelic ballad tells the true story of a Long Island drug dealer and his teenage clientele, who turned to heroin to escape the boredom of suburbia. When Joel performed the song live on Philadelphia’s WMMR radio in 1972, he immediately caught the attention of Columbia Records, ultimately leading to his recording contract and subsequent stardom.

Even a complete Billy Joel novice would recognize this song from the first blows of a harmonica. As his first single in 1973, ‘Piano Man’ not only gave the young artist his lifelong moniker, but it set the stage for what audiences would come to expect from him over the course of his impressive career. The partially autobiographical ballad chronicles the experiences of a lounge singer as he performs in the same dive bar night after night, profiling patrons who dream of better lives and wondering how a performer like him could end up in such an establishment. 43 years later, ‘Piano Man’ remains the staple closer of Joel’s monthly gig at Madison Square Garden, and it was even chosen to be preserved by the Library of Congress National Recording Registry in early 2016.

‘Only The Good Die Young’

Legend surrounds this 1977 hit about a young man attempting to convince his girlfriend to have premarital sex. Although tame by today’s standards, the song’s salacious content drew criticism from Catholics and conservatives who tried to censor the tune’s message, which in turn only made it more popular. When Joel brought The Stranger tour to St. Louis in 1978, he received death threats warning him not to perform the scandalous song. His response? Playing the song twice in one concert.

What began as a lighthearted science fiction anthem gradually evolved into an eerily prophetic story about the trials and tribulations of New York City in the early 21st century. In this 1976 classic from Turnstiles, NYC is depicted as a post-apocalyptic wasteland, as a futuristic narrator explains what it was like to see the destruction of the once-great capital of the world. Following the 9/11 attacks in 2001, Joel went on to perform the tune at the now legendary Concert for New York City, noting the frightening similarities with the tragedy that had just occurred, and reminding the grieving audience that, unlike in the song, New Yorkers ‘ain’t going anywhere’.

‘Scenes From An Italian Restaurant’

Like ‘Captain Jack’, this 1977 tune from The Stranger was never officially released as a single. But at seven minutes and 37 seconds, Billy Joel’s longest studio cut has become a fan favorite and an essential component of his concert setlists. Inspired by the Beatles’ Abbey Road, the song is a three-part musical romp through the rise and fall of Brenda and Eddie, a fictitious couple who fail to relive the glory days after high school. With a smooth piano introduction, a roaring brassy middle section, and an uptempo rock ‘n’ roll finish, the listener is treated to a nostalgic trifecta that lives on well beyond the generation it chronicles. Interestingly, musical lore states that Joel got the iconic ‘bottle of white, bottle of red’ opening line from an actual waiter in an Italian restaurant in Fort Lee, NJ.

Part of what makes Billy Joel so endearing to the native New Yorker is his working-class upbringing and his ability to relate to the average Joe. No tune better demonstrates that than ‘Movin’ Out’ —both an ode to and criticism of blue-collar Americans. Throughout the song, Joel recounts the struggles of Sergeant O’Leary, Anthony, and other stock figures who endure back-breaking labor to purchase status symbols like Cadillacs and houses in wealthy neighborhoods. In doing so, he critiques the lower-middle class wage-earner’s aspirations for material goods and asks the question: is it really all worth it? Many years later, the song’s ethos caught the attention of the Great White Way, and from 2002 to 2005, Movin’ Out was the title of a jukebox Broadway musical that brought the characters from Billy Joel songs to life at the Richard Rodgers Theatre.

Joel’s 1983 album An Innocent Man saw a departure from the artist’s traditional rock ‘n’ roll roots, it and instead ventured into the musical styles of yesteryear. ‘The Longest Time’ is a clear pastiche of 1960s doo-wop, as Joel performs a near-acapella love song featuring a bass guitar and a snare drum as its only instruments. Millennials may recognize the song from its loving parody in 2008 comedy film Step Brothers, in which Horatio Sanz’s ‘exclusively 80s Joel’ cover band is booed by the attendees of the Catalina Wine Mixer for not performing his earlier hits.

Another hit from An Innocent Man, ‘Uptown Girl’ is a jaunty tune that describes a working-class man vying for the affection of a wealthy New York socialite, hoping she’s become jaded with the bougie vanity of her upper-class lifestyle. Although it did not reach the same level of success in the US as Joel’s previous single ‘Tell Her About It’, the song went on to become a massive hit in the United Kingdom, and it was later covered by the Irish boyband Westlife in 2001. Christie Brinkley portrayed the title character in the music video and would later go on to marry Joel in 1985.

‘We Didn’t Start the Fire’

It would be remiss of us not to mention what very well may be Billy Joel’s most divisive creation. Beloved by schoolchildren and social studies teachers alike, it is the song most people associate with studying for their American history final. Perhaps for that reason, and for the non-musicality of cramming 40 years of history into a four-minute song, it has been featured on many critics’ ‘worst songs ever’ lists. The artist himself has admitted to having mixed feelings about it, noting that the rapid-fire pace and stream-of-consciousness lyrics are ‘a nightmare to perform live.’ Nonetheless, we salute him in his efforts to educate listeners on the madness of the mid-20th century, even if the chorus shirks responsibility for any of it.

‘The River Of Dreams’

The title song from Billy Joel’s one and only 90s album is a poppy, gospel tribute that features introspective lyrics and dreamy biblical album artwork (painted by then-wife Christie Brinkley). But at the 1994 Grammy Awards, the song took on a whole new meaning as a form of protest, as Joel came to the aid of a fellow New York legend. Audiences were shocked and appalled when Frank Sinatra was abruptly cut off during his acceptance of the Grammy Legend Award. When Billy Joel took the stage to perform ‘The River Of Dreams’ later that night, he got revenge on behalf of Ol’ Blue Eyes, drawing out the false-ending midway through the song and mocking CBS with their loss of ‘valuable advertising time.’