An Introduction To Bill Evans In 10 Songs 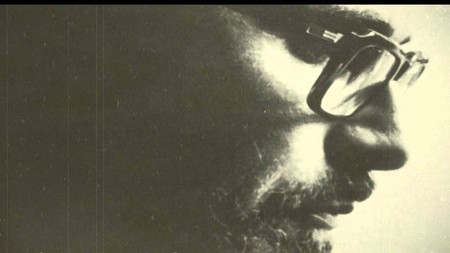 Jazz is often known by its greatest horn players, whether they be trumpet, saxophone, or trombone. While rhythm sections and backing bands by no means go without recognition and appreciation, it’s easy for drummers, bassists and pianists to drift to the sidelines. However, there are those select artists in these areas that are so talented, so profoundly effective in their craft and delivery, that they simply have to take center stage. Bill Evans is this kind of artist. With a career spanning three decades, multiple bands, and countless interpretations of his music, Evans remains a revered name in modern jazz for his unparalleled ability to derive the deepest of emotions, from utter joy to utter despair, all from his ingenious work on the piano. More than any of his contemporaries, Bill Evans drew listeners into his own dense, emotional world. Here are 10 songs to help give a glimpse into his musical richness.

Dissociating, bewildering piano opens the song up, and right from the beginning this song sounds like a creative opus. The full song finally opens up into a laid back electric piano, intense stand up bass and eerily perfect drumming to make for a completely stunning atmosphere.

While he’s undoubtedly a master of sadness, My Foolish Heart has an especial emphasis on heartbreak, and how that manifests itself musically. The results are, of course, thoughtful and striking. However sectionally sparse, Evans’ piano cuts right to the core every time.

By far the most upbeat of this collection, the heightened tempo and energy of this piece is a particularly impressive showcase of Evans’ dexterity, and also highlights the trio’s overall technical skill. That bass solo over the last half of the song? Untouchable.

For any solo artist, it can be easy to be in the limelight at the expense of bandmates, but Someday is an excellent and admirable example of Evans paying it forward for his extremely talented band members. For about half of the song, his playing virtually disappears. Beyond this, his skills are not displayed as the prominent aspect of the song, but rather a supporting, complementary backbone to the rhythm section.

How Deep is such a fascinating examination of how to tie free form soloing around the core of a steady swing beat. Both piano and bass rip into vehement double times and are practically soloing over each other. And while that would typically sound like a songwriting clash, it makes this piece all the more engaging.

Bill Evans really named his works appropriately. The loose echo of the lower end chords glide across the melodic mid section with a softness that points to the kind of somber reverie that ‘reflections’ would suggest. Meanwhile, the sweeping scales and flickers of every high note are like the sound of fleeting memories.

Possibly the most ‘standard’ of his ballads, Bill Evans and his trio explore familiar musical territory in their complex but strolling tone, but the addition of Stan Getz’ well executed, booming saxophone makes But Beautiful an outstanding song. From the softest, airiest hums to the most spiking high notes, the overall melodic structure can’t help but make the listener want to follow along.

Evans was a very melancholy musician, and his music portrayed this in all kinds of ways throughout his career, but Time Remembered reaches an entirely new place of vulnerability. Never quite sad, the trade off between sax and guitar have a fascinating way of dredging up even the faintest of emotional memories and, good or bad, they all carry the same kind of beauty.

Apart from many of the other pieces listed above, Never Let Me Go plays out with the kind of spaciousness generally reserved for larger, grander, classical performances. No matter, the song captures the essence of the vulnerability suggested in the title, and blows open Evans’ highly romantic sensibilities as a writer. His masterful ear for larger-than-life melodies, intertwined with eerie harmonies, is the kind of timeless songwriting that can be heard in any romantic song to this day.