An Interview With Artist AM DeBrincat

Artist AM DeBrincat was born Alexandra Marie DeBrincat in San Francisco, California. After living in Oregon, Spain, Florida, and Cuba, she is now based in Brooklyn, where she’s lived for the past six years. Walking into DeBrincat’s studio feels like entering a candy-colored fever dream. Vividly colored paintings in progress adorn the walls and every available surface is covered with tubes of paint, glitter, piles of books, and notes for future projects — evidence that in addition to a busy exhibition schedule of solo and group shows at galleries around the country, DeBrincat spends as much time as she can in her studio, incubating new ideas and creating new work.

Your work is about hybrid identities – specifically how we construct our identities in real life versus online. Can you elaborate on this?

Smart phones and social media make it possible for each of us to create an ongoing, interactive self-portrait, 24 hours a day. We’re doing the work that a portrait painter would have done for us 150 years ago (if we were wealthy enough to a hire one). Art history tells the story of this long tradition of portraiture, but technology has made portraiture so immediate, a DIY project accessible to everyone. My work participates in the long tradition of portraiture while deconstructing it. I’m interested in examining the state of portraiture right now; how it’s become digital, self-created, layered, constantly in flux. My painting is about blending traditions of photography and painting to explore how we build these hybrid identities in an online world. 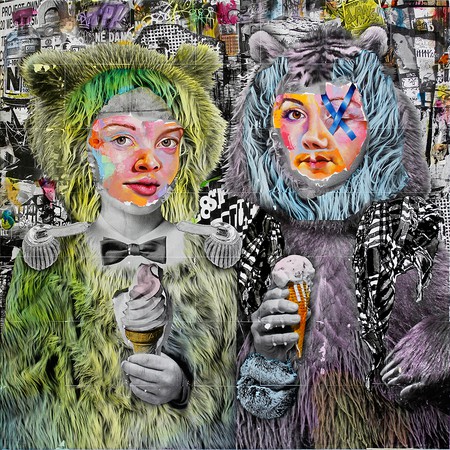 And to underscore this idea of hybrid identity, your paintings themselves are hybrids, a combination of different media…

We live in a visually sophisticated culture of juxtaposition and image saturation. For me, no single medium can capture this, so I create paintings which merge different visual languages — painting, photography, and printmaking. I appropriate imagery harvested from online image searches, ads, and social media, and I juxtapose it with photos I take with my phone while walking around the city —photos of graffiti, flyers, stickers, the layers of unauthorized markings that create a visual dialogue in urban environments. I use Xerox transfer printing to translate this digital imagery onto the canvas, and then I further develop the image with spray paint, acrylics, and oil paint. The goal is always to create a painting that speaks to the complicated way that we interact with information and images in an online world. 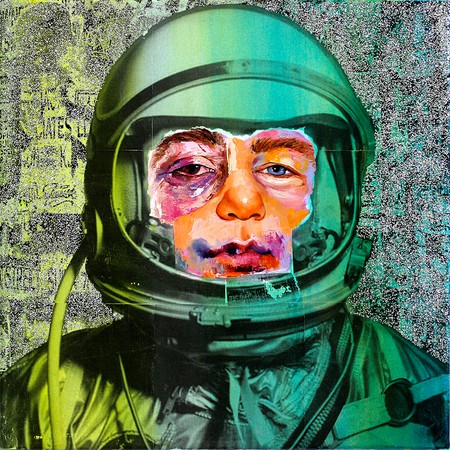 There are some surprising undercurrents of violence in your work. There are hints of dystopia, characters turn up with black eyes and stitched-together faces.

Well, it’s important for me to always cut the sweet with just a hint of the sour. Like so many of us, I’m interested in the façade versus the more complicated undercurrents that lie beneath. Many of the elements of my paintings are designed to draw the viewer in. I like to explore what can delight on a visceral, visual level, but for me, it also needs to go beyond beauty into discomfort. I can never forget what Leigh Bowery said to a fawning admirer who was showing him something that was purely clever with no deeper meaning. He snapped, ‘Yes, but where’s the poison?!’ Mixed in with the beauty there has to be an edge, a deeper meaning, something to challenge the viewer. 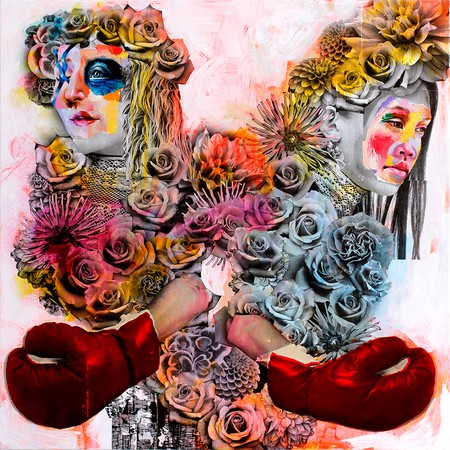 Let’s talk about how you use printmaking in your work. You’ve told me you don’t consider yourself to be a printmaker, but in each one of your paintings you’re using printmaking.

Well, I’m printmaking and I’m not a printmaker. I’ve never had any formal training and I don’t know how to do anything that people think of when they think of printmaking, like lithography, etching, etc. But I use Xerox transfer printing (which a printmaker friend once called ‘printmaking’s bastard cousin’) in all my work. As someone who grew up with the punk and ‘zine’ culture of the 90s, Xerox transfer printing is near and dear to me. Transfer printing reminds me of wheat pasting, of zines, of a time before the internet when a photocopier was the most immediate way to get the word out about shows, rallies, stuff that was happening. There’s a really grassroots flavor to Xerox transfer printing that appeals to me. There’s also something gritty, immediate, and imperfect about it which appeals to my aesthetic. It’s not perfect, and it’s not trying to be. 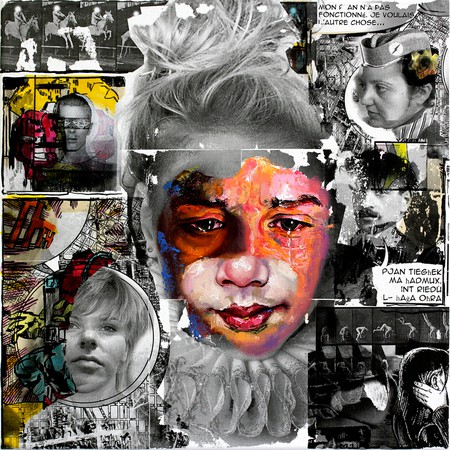 And you’ve said that in your work, Xerox transfer printing provides a conceptual bridge between the digital world and the physical world of the canvas.

Yes, definitely. The way I’m using it, Xerox transfer printing takes a digital image and pastes that image onto the surface of the canvas. It takes a print out, separates the toner from the paper it’s printed on, and adheres the image in toner to my canvas. It’s conceptual, it’s physical, and it’s a translation from digital technology to analog technology. 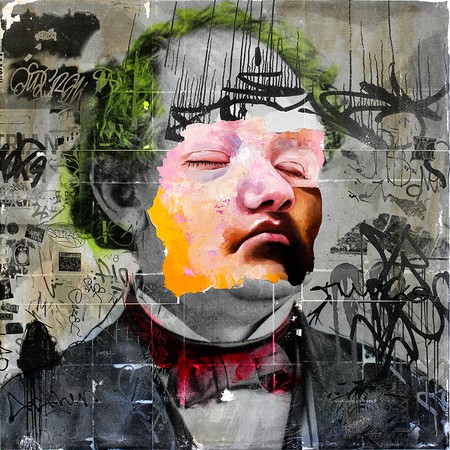 I also want to talk about the other aspects of your artistic practice. In addition to making art, you write about art and you’re the Publisher and Founding Editor of an art journal called ArtFile Magazine. Tell us about this.

I founded ArtFile Magazine in June of 2013. It’s an art journal and a curated online forum for art and culture. We publish in-depth artist interviews, exhibition reviews, offer a yearly grant to emerging artists, and occasionally publish other projects which exist at the intersection of art and writing. I’d been out of grad school for about a year and found myself missing those in-depth studio conversations that seem to happen all the time in grad school, and don’t happen nearly enough after you graduate. There’s something really luxurious about having the opportunity to engage with an artist’s practice in an intensely in-depth manner. As an artist, it’s hugely inspirational to me to connect with another artist’s work on that level. My work may be so different from the work of the person I’m interviewing, but we’re both artists – we’re both the same kind of animal. 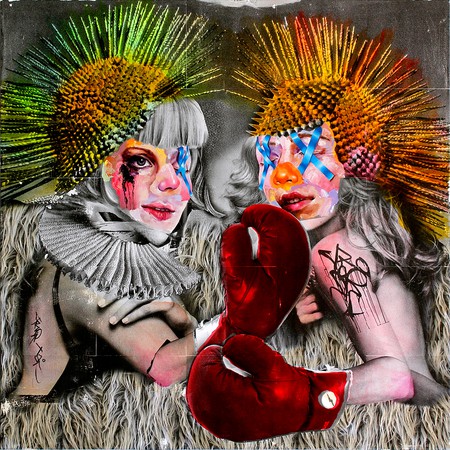 You grew up in San Francisco. You’ve traveled extensively and lived in many places around the world, and now you call Brooklyn home. West Coast or East Coast, San Francisco or New York City?

Definitely both. San Francisco was an amazing place to grow up, especially before the dot-com boom raised the rents and made it hard for the artistic community to survive. Growing up, the Bay Area had a sense of freedom and DIY culture that still very much influences who I am as an artist today. I feed off the energy of New York and it’s where I choose to live and work, but in some ways, both places feel like home.