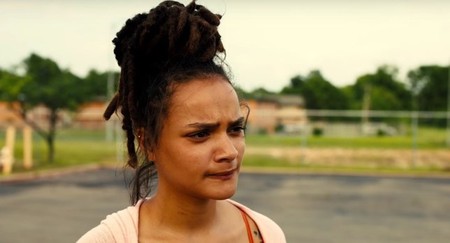 American Honey is an independent road movie about a scrappy, caring dreadlocked hoyden coaxed by a cocky youth to leave her urban trash-heap and join him in a crew of teenage magazine-subscription hawkers traveling cross-country in a bus.

British writer-director Andrea Arnold’s fourth feature is long, rambling, and unvarnished. It’s also one of the best films of 2016 – a lyrical tour de force dripping with compassion for those millennials society has already discarded. Yet it’s devoid of sanctimony.

The 163-minute odyssey takes the unformed heroine Star (Sasha Lane, a non-professional when Arnold discovered her) into manicured middle-class neighborhoods, a stagnant Western ghetto of starving children, and the realm of feverish sex with the emotionally unavailable Jake (Shia LaBeouf). It goes nowhere more important than into Star’s nerve-center. What has this fiery waif got when love fails her, as it clearly did when she was a child? Will she sink, swim, or reach out to rescue another being? 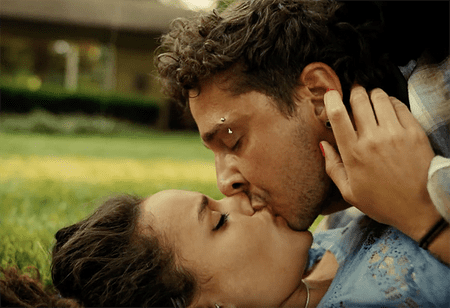 Of all the themes American Honey explores – class inequity, poverty, female rivalry, the sex war, the preciousness of creatures – none is more pressing than the issue binding it to Arnold’s Oscar-winning 2003 short Wasp, her 2006 feature debut Red Road, 2009’s Fish Tank, and her 2011 Wuthering Heights adaptation: namely, female sexual vulnerability.

Given their poetic cadences and hints of morbidness, all of Arnold’s films are ballads of sexual (self-) endangerment. Though Arnold provides no backstory for Star, the willingness with which she isolates herself with older men who seem primed to rape her indicates a history of abuse. Her stepfather is shown casually molesting her early her on; he calls to mind the Michael Fassbender character in Fish Tank. 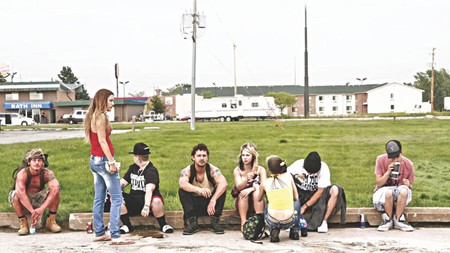 Three of Star’s encounters with men ratchet up the tension. They are narrative contrivances yet consistent with her naivety – or her unconscious wish to be violated. The danger recalls the predicaments of Natalie Press’s careless young mother in Wasp, Kate Dickie’s grieving sex vigilante in Red Road, and Katie Jarvis’s aspiring adolescent dancer in Fish Tank (Jarvis being another Arnold discovery). Ravaged by sexual jealousy, Cathy (Kaya Scodelario) in Wuthering Heights succumbs to a psychosomatic equivalent of the illness that felled Emily Brontë and her siblings. Perhaps sex with Heathcliff would have been a worse fate?

What happens to Star finally can’t be disclosed here, suffice to say that her inner ministering angel governs the film’s morality. It doesn’t mitigate Arnold’s repeated exposure of her heroines to potential sexual violence that she struggles to protect them from – sometimes successfully, sometimes not. She is not a political feminist like the French filmmaker Catherine Breillat, but all our daughters’ frightened and vigilant mother. She allays the heaviness of that burden with the beauty of her images and the jagged musicality of her movies’ flow.

American Honey is on release in the US.