A Walking Tour of Architectural Landmarks in Prospect Heights, Brooklyn 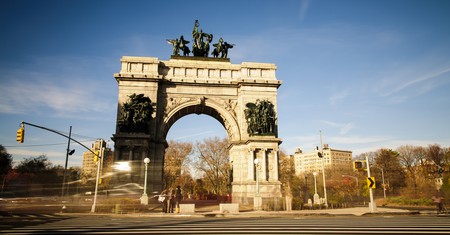 The Soldiers' and Sailors' Arch at the Grand Army Plaza in Brooklyn is a triumphal arch dedicated 'To the Defenders of the Union, 1861–1865' | © Goran Bogicevic / Shutterstock

Just a short distance from Downtown Brooklyn, Prospect Heights is one of the borough’s most cherished and historic neighborhoods. Here’s how you can spend an afternoon visiting some of the top architectural landmarks in this culturally rich district. 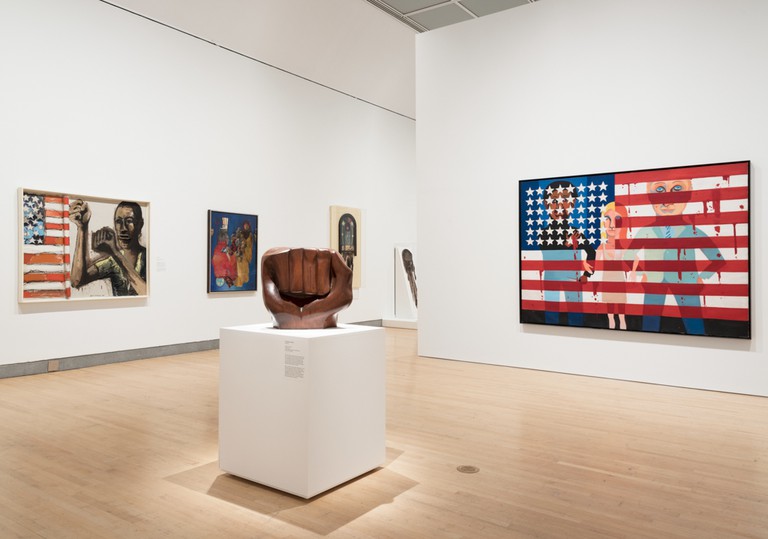 ‘Soul of a Nation: Art in the Age of Black Power’ (2019) was an exhibit at the Brooklyn Museum | © Jonathan Dorado / Brooklyn Museum
As the third-largest museum in New York City, the Brooklyn Museum is one of the most diverse art centers in the world. Opened in 1897 and designed in the Beaux-Arts style by the architectural firm McKim, Mead and White, the museum once had a monumental staircase in the front of the building, but it fell into disrepair in the early 20th century. Some thought that the grand staircase wasn’t a ‘democratic’ entrance for the museum, and in 1934, when the principal architects were out of the country, the Municipal Art Commission approved the demolition of the staircase. In 1977, the Brooklyn Museum was added to the National Register of Historic Places. The exterior features sculptures designed by Daniel Chester French, and the interior highlight is a magnificent Beaux-Arts court that was renovated in 2001 and features a skylight dome.Food and drink: Tooker Alley (a craft cocktail bar with a speakeasy feel); Lincoln Station (a laid-back local café with lunch and dinner fare).
Open In Google Maps
200 Eastern Parkway, Brooklyn, New York, New York, 11238, USA
+17186385000
Visit Website
Visit Facebook page
Give us feedback 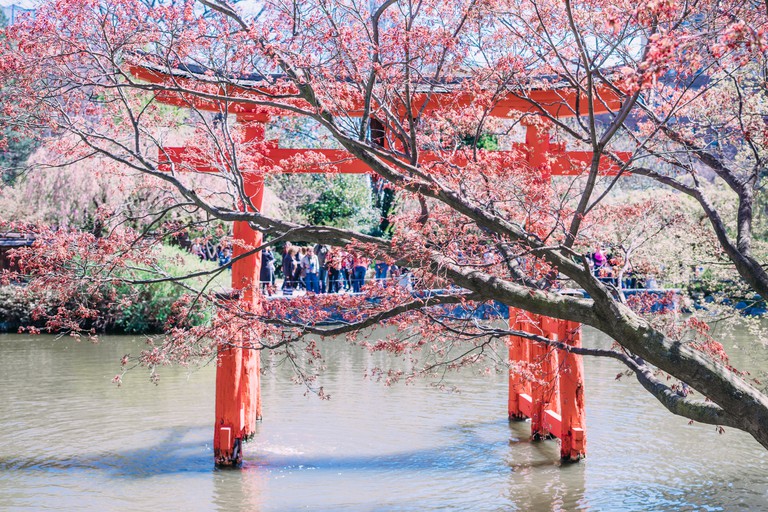 View of the Japanese Garden at Brooklyn Botanic Garden, New York City. | © Nadya Kubik / Shutterstock
A Brooklyn institution unparalleled in beauty and depth is the Brooklyn Botanic Garden. Situated inside of Prospect Park on the very edge of Crown Heights, next to Prospect Heights, the Garden is an absolute must-see destination – not just once – but several times throughout the year. With the change of seasons, the Botanic Garden will inspire, humble, and melt every visitor over every inch of its 52 acres. This is a place to bring your camera and spend the day outside admiring the beauty of all the gardens. Highlights of the garden include: the lily pool terrace, the Japanese gardens, the cherry blossoms, the aquatic house, and bonsai museum.
Open In Google Maps
990 Washington Avenue, Brooklyn New York, 11225, USA
+17186237200
Visit Website
Give us feedback 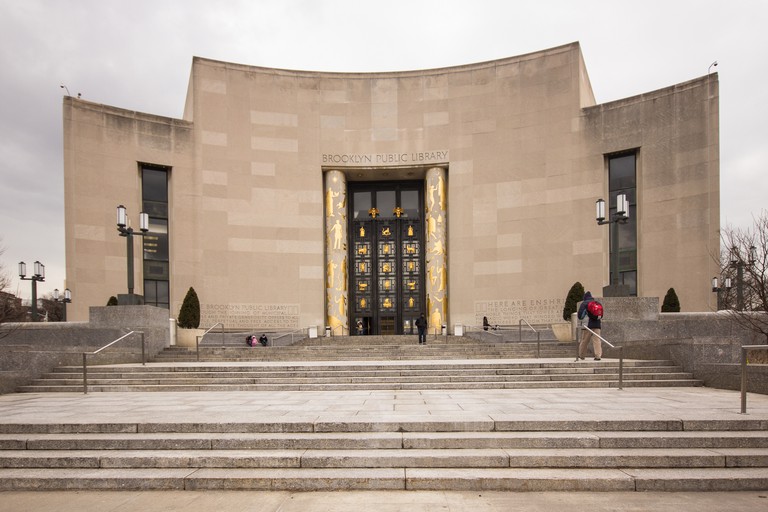 Exterior view of the central branch of the Brooklyn Public Library on Flatbush Avenue and Eastern Parkway. | © littlenySTOCK / Shutterstock 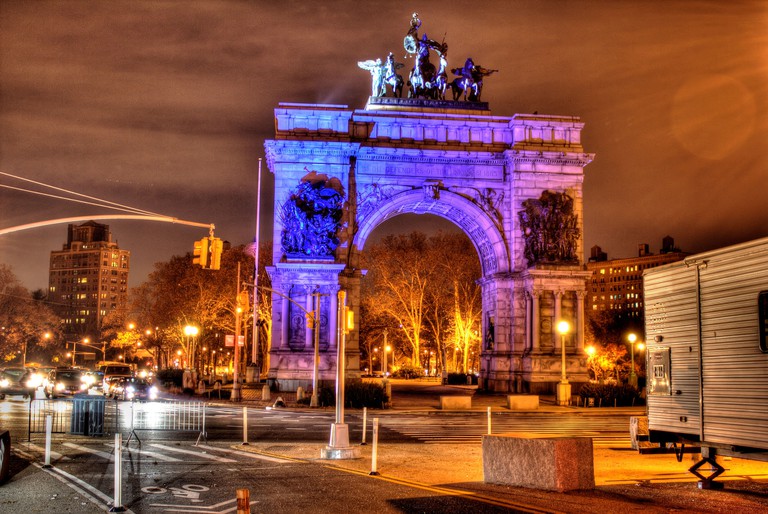 Grand Army Plaza | mike/Flickr
Built in the Beaux-Arts style within Grand Army Plaza, the Soldiers’ and Sailors’ Arch is one of Brooklyn’s most recognizable structures. Construction of the arch began in 1889 and it was officially dedicated to ‘The Defenders of The Union’ as a Civil War Monument in 1892. Designed by architect John Hemingway Duncan and Franco-American sculptor Philip Martiny, the arch features bas-relief figures of Abraham Lincoln and Ulysses S Grant, as well as a crowning sculpture that depicts the winged goddess of victory in battle. Over the years, the structure has seen a number of restorations and it continues to draw visitors from all over the world.Food and drink: Make dinner reservations at New York Times two-star restaurant Olmsted, which features delicious seasonal fare that’s all the rave in the borough.
Open In Google Maps
Flatbush Avenue, Prospect Heights, Brooklyn New York, 11238, USA
+17189658999
Visit Website
Give us feedback 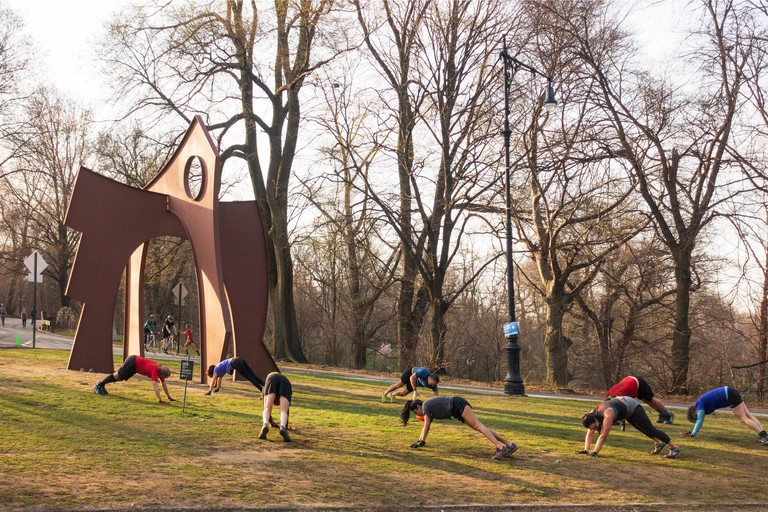 Prospect Park Brooklyn NYC | © Randy Duchaine / Alamy Stock Photo
Created in 1867 and designed by Frederick Law Olmsted and Calvert Vaux, Prospect Park is one of Brooklyn’s most frequented landmarks. It is the borough’s largest park and features the Long Meadow, Prospect Park Zoo, seven baseball fields, a 19th-century Italianate mansion called Litchfield Villa (or Grace Hill) and Brooklyn’s only lake. It’s frequented by over eight million people per year, as the lush lawns and superb landscaping make this spot worth a visit whatever the season.Food and drink: Seasonally on Sundays, check out Smorgasburg inside the park at East Drive at Lincoln Rd.
Open In Google Maps
Brooklyn New York, USA
+17189658951
Visit Website
Give us feedback 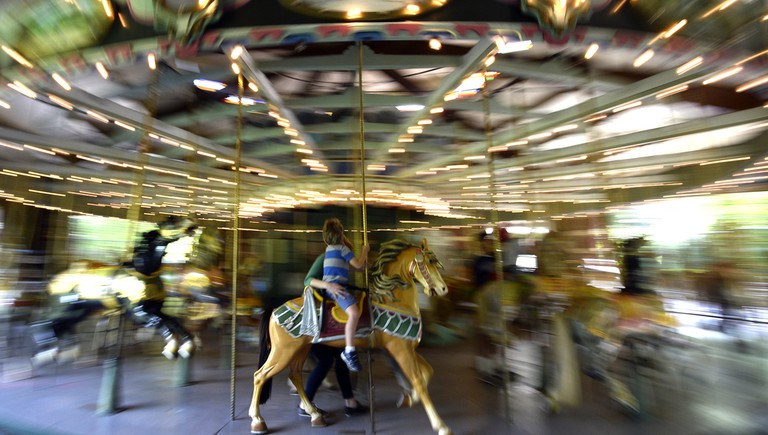 Prospect Park Carousel, New York | Courtesy of Prospect Park/credit: Paul Martinka
This 1912 merry-go-round, carved by Charles Carmel, resided on Coney Island until the 1950s, when it was moved here. Restored by the Prospect Park Alliance in 1990, the carousel features 53 animals including lions, deers and dragons. It remains one of the most popular historical attractions in the park. It costs $2 per ride.
Open In Google Maps
452 Flatbush Avenue, Brooklyn New York, 11225, USA
+17189658951
Visit Website
Give us feedback 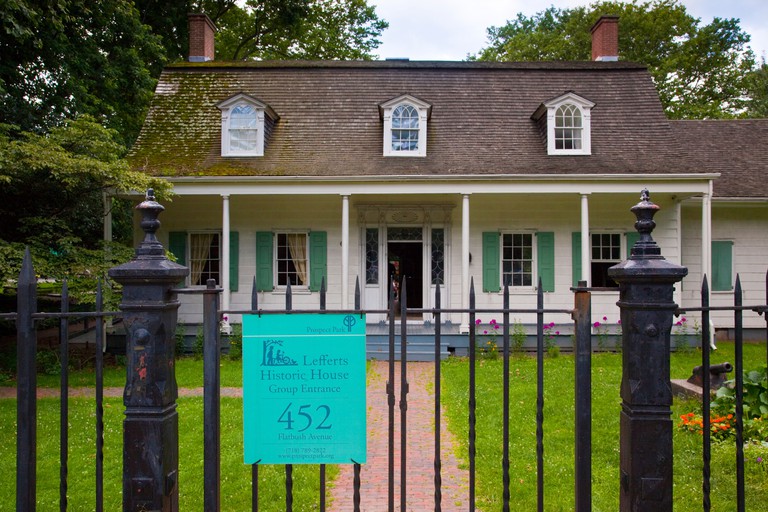 Lefferts House in Prospect Park in Brooklyn New York. | © dbimages / Alamy Stock Photo
This quaint farmhouse located in Prospect Park was built by a Dutch family in 1783, and now functions as an educational center for the public. On the weekend, visitors can see the working garden, historical artifacts, period rooms, and special exhibits and can even learn how to churn butter and try their hand at candle-making. Preserved and operated by the the Prospect Park Alliance and the Historic House Trust of New York City, this historical gem acts as a bridge between New York City’s rustic, rural past and its contemporary urbanity.
Open In Google Maps
Prospect Lefferts Gardens, Brooklyn New York, USA
Give us feedback
Give us feedback