A Guide to Brooklyn's Weird and Wonderful Art Locales 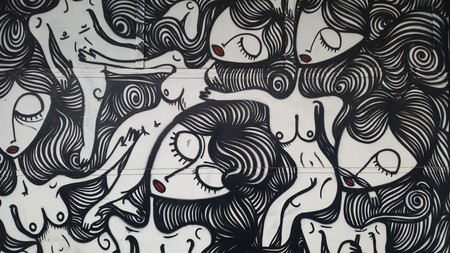 Where can you eat truffle popcorn surrounded by Victorian wax death masks and party in a cannonball factory-turned-contemporary exhibition space? In Brooklyn, of course.

Known to locals as the Bat Cave, the derelict Brooklyn Rapid Transit Power Station (completed in 1903) stands on the shores of the Gowanus Canal, redeemed by passing graffiti artists whose tags and murals have repurposed the location into a shabby-chic Brooklyn landmark. More recently, Pritzker Prize-winning architecture firm Herzog & de Meuron have designed a new on-site facility for fabrication in wood, metal, ceramics, textiles, and printmaking. Construction on the soon-to-be Powerhouse Workshop will begin next year, and is due for completion in 2020. 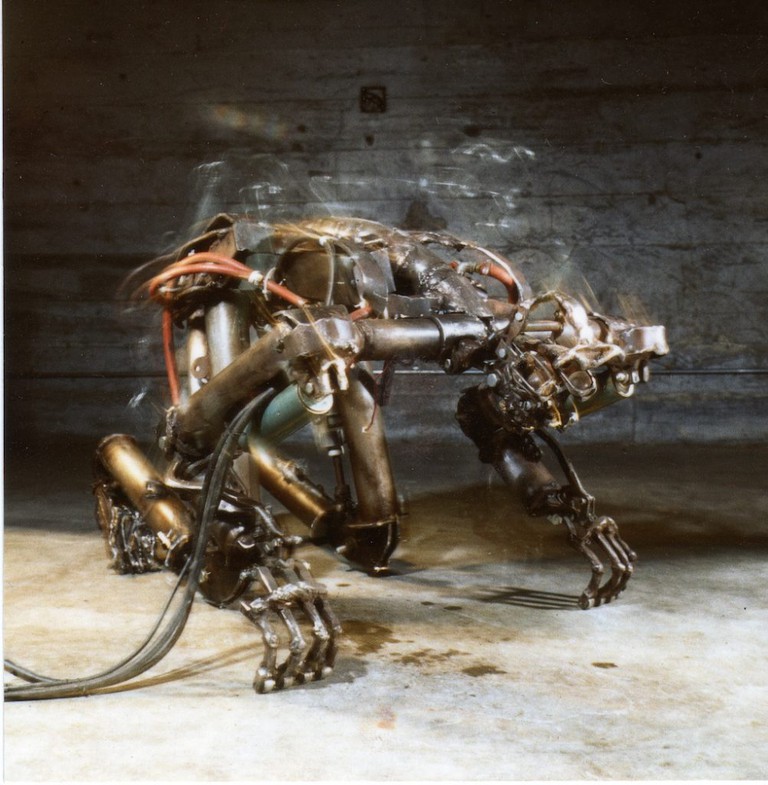 Tumbling Man | © Douglas Adesko
Housed within a former Lutheran church for Norwegian sailors, the Robotic Churchis an on-site installation of computer-controlled sculptures. Forged by Chico MacMurtie of Amorphic Robot Works between 1987 and 2006, the robotic fleet communicates sporadically via rhythm and movement to create not only a tech-centric sculptural installation, but an all-out performance piece. Click here for a list of upcoming performance dates.
Open In Google Maps
111 Pioneer Street, Red Hook, Brooklyn New York, 11231, USA
+17184039292
Visit Website
Give us feedback 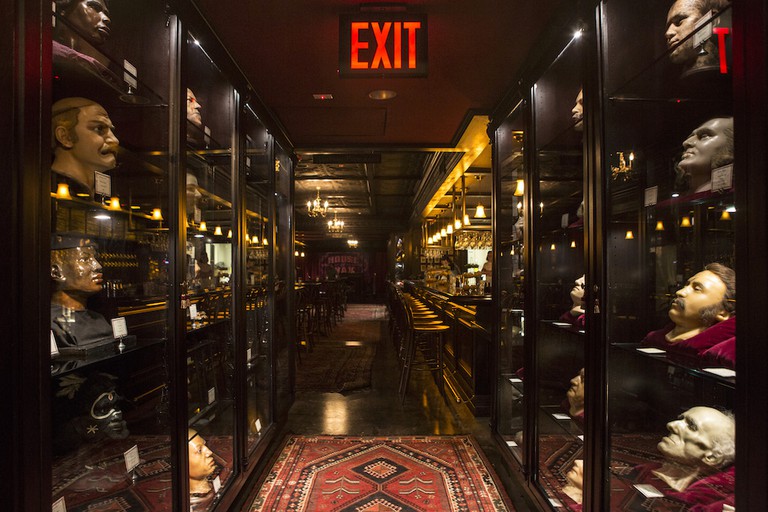 House of Wax, New York | Photo by Victoria Stevens. Courtesy of House of Wax.
Tucked away within the Alamo Drafthouse cinema space, House of Wax is one of Brooklyn’s most “curious” bar/museum hybrids. Expertly “combining mixology with the macabre,” the venue is inspired by a 19th century wax museum with an extensive display of life-sized wax works. The objects on view—including wax death masks and anatomical renderings—are the authentic remains of a German wax art exhibition called Castan’s Panopticum, which ran from 1869 until 1922. A full bar with speciality cocktails like the “Butcher of Hanover” (Fernet Branca, Carpano Antica Formula, lemon, IPA, Angostura) and the “Napolean Death Mask” (Cognac, Cardamaro, Cynar, rhubarb bitters, bacon, and salt) accompanies a menu of light bites.
Open In Google Maps
4410, 445 Albee Square West, Downtown Brooklyn, Brooklyn New York, 11201, USA
+17185132547
Visit Website
Give us feedback 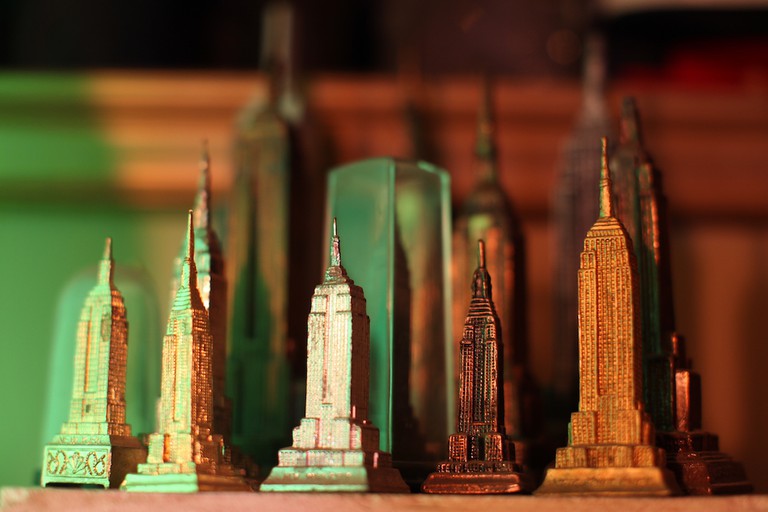 The City Reliquary Museum, New York | Courtesy of the City Reliquary
Established in 2002 on founder Dave Herman’s Williamsburg windowsill, the City Reliquary has since become a beloved non-profit museum. Originally on the corner of Havemeyer and Grand Streets, enthusiastic pedestrians would often stop to admire Herman’s miniature exhibition, accompanied by a button on the building’s façade that, when pushed, would kickstart an audio guide to Herman’s cornucopia of oddities—from dentures to figurines. In 2006, the City Reliquary moved to a storefront at 370 Metropolitan Avenue. Today, the museum’s collection has expanded to include postcards, pieces of New York City landmark buildings, subway tokens, and more.
Open In Google Maps
370 Metropolitan Avenue, Williamsburg, Brooklyn New York, 11211, USA
+17187824842
Visit Website
Give us feedback 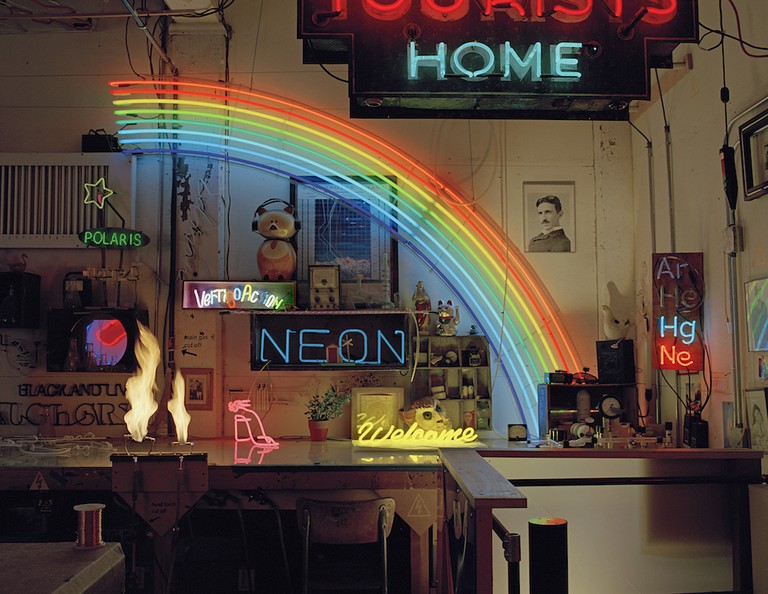 Lite Brite Neon Studio LLC, New York | Courtesy of Lite Brite Neon Studio
This Gowanus-based studio specializes in the neon artworks that you’ve probably admired in many a shop window, from Tiffany & Co. to Bergdorf Goodman. A collective of artists whose expertise lies in encapsulating and manipulating neon light, the craftspeople at Lite Brite Neon Studio have worked with some of the world’s premier artists like Keith Sonnier, and institutions like the MoMA and the Whitney. While the studio is a workshop for commissions, passersby can catch a glimpse at some of their dazzling projects through the window. The studio is open by appointment only, but will participate in this year’s Open House New York, which returns on October 14 and 15.
Open In Google Maps
Unit G, 272 Morgan Avenue, East Williamsburg, Brooklyn New York, 11211, USA
+17188556082
Visit Website
Give us feedback

The Williamsburg-based Brooklyn Art Library is home to more than 36,000 artist sketchbooks from over 135 countries. Comprising the library’s ongoing Sketchbook Project, each sketchbook is barcoded and catalogued with searchable details through a system developed to facilitate and personalize your perusal. Artists are also free to submit their sketches to the growing collection. While you need a library card to access the volumes, everything can be checked out for free or accessed digitally through their website. 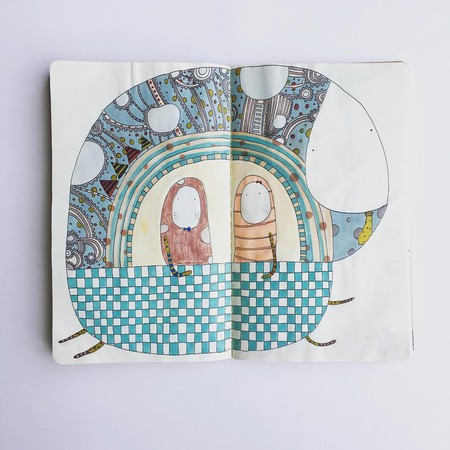 Courtesy of The Sketchbook Project

The Mosaic House on Wyckoff Street

A tricked-out brownstone has become a neighborhood landmark thanks to owner Susan Gardner’s penchant for turning trash and other discarded materials into a stunning work of mosaic art. Using buttons and beads, dropped change, broken CD fragments, and anything else you may find on the street (within reason), Gardner got to work on updating her home as a therapeutic pastime following the September 11 attacks in 2001, and her project has since spread from the building’s façade to the wrought iron fence in front.

#Brooklyn artist, #SusanGardner is always delighted to see admirers of her ongoing #mosaichome in #BoerumHill. It's her way of adding cheer to the community. 📷 @animalnewyork #brooklyninsidescoop

For the next 25 years, Brooklyn’s historic Green-Wood Cemetery is hosting a presence of a different kind. In April, French conceptual artist Sophie Calle parted with Creative Time to inaugurate an intimate and ongoing public project in which passersby are invited to bury transcriptions of their deepest, darkest secrets in a tomb-like sculpture. Here Lie the Secrets of the Visitors of Green-Wood Cemeteryis scheduled to run until the year 2042, when Calle will exhume and ceremoniously burn the lot. 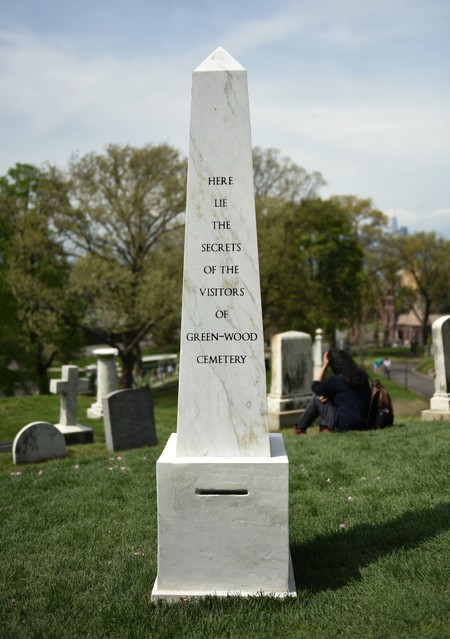 Market, Art Gallery
Facebook
Email
Twitter
Pinterest
Copy link
Share
Map View
A cavernous former cannonball factory-turned-steel-mill from the 19th century, the Gowanus Ballroom currently serves as an exhibition space for art, architecture, and design. The 16,000 square-foot space plays host to “a community of artists, makers, scholars, and enthusiasts who put on experimental and alternative art-based shows you can’t find anywhere else,” according to the website, and works to preserve the integrity of art by detaching themselves from the market. Rather, the Gowanus Ballroom is a place for artists to showcase and hopefully sell their work directly to a buyer. Stop by for a look at what’s new in sculpture, painting, installation and performance art.
Open In Google Maps
Gowanus, Brooklyn New York, 11215, USA
+13474602687
Visit Website
Visit Facebook page
Give us feedback 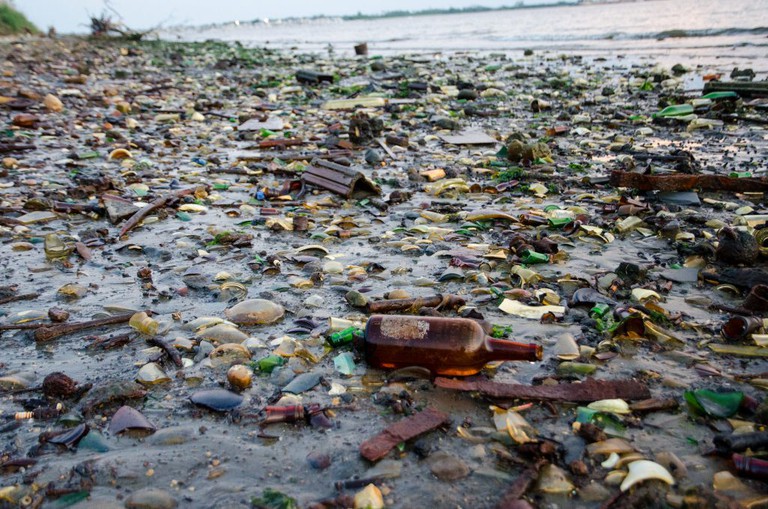 © edwardhblake/Flickr
From horse rendering plant (aka the glue factory) to 19th century landfill, Dead Horse Bay is now in its third phase as a treasure trove of glass artifacts. The location has a pretty grim past, but this only adds to the bay’s bizarre offerings, which still extend to pieces of horse bone. This is an ideal place for beach glass enthusiasts to scavenge for new additions to their collections, and served as the inspiration for an exhibition titled Dead Horse Bay: The Glass Graveyard of Brooklyn at the Agnes Varis Art Center earlier in 2017.
Open In Google Maps
New York City, New York, USA
Give us feedback 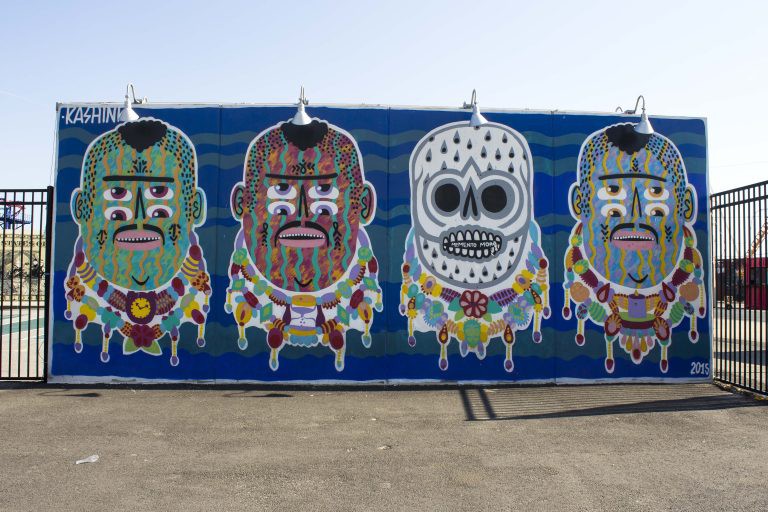 Coney Art Walls, New York | © Amanda Suarez/Culture Trip
An “outdoor museum of street art” created in 2015 to help revitalize the area, the Coney Art Walls exhibit colorful murals by talented street artists—both emerging and established—from all over the world. Co-curated by Joseph Sitt and Jeffrey Deitch, the murals have since become a Coney Island staple, with 20 new additions this year alone. A 50,000-square-foot site located by the Coney Island boardwalk, stop by for a gander at graffiti art by the likes of Icy & Sot and eL Seed, and snap an obligatory Instagram photo.
Open In Google Maps
3050 Stillwell Avenue, Coney Island, Brooklyn New York City , New York, 11224, USA
Visit Website
Give us feedback

In Memoriam: The Morbid Anatomy Museum

While the doors of this beloved museum shut tragically due to severed funds in December 2016, no list of Brooklyn’s unusual art spaces could possibly be complete without a nod to one of the borough’s flat-out weirdest institutions. Housed in a transformed Gowanus nightclub, the Morbid Anatomy Museum was treasured for its, well, morbid displays of taxidermy, occult objects, and other deathly artifacts. RIP.

This September 1, we sincerely hope you can join us for the wedding of the century–the 19th that is–as we celebrate our new exhibition showcasing Victorian taxidermist Walter Potter’s circa 1890s tableau Kitten’s Wedding with exhibition opening party with champagne, a costume contest, music, and an auction of taxidermy and natural history artifacts! Thanks to all who contributed to our @Kickstarter campaign, we are delighted to be showing this incredible piece; completed in the 1890s, it was Walter Potter’s final tableau, and the only one in which the animals were dressed. More at Facebook.com/morbidanatomy Photo by @joannaebenstein from the book Walter Potter Taxidermy