As New York State’s capital, Albany’s restaurant line-up embraces all kinds of traditions, from Asian delights to European delicacies and Southern cooking. The restaurants vary greatly with global cuisine being served in exquisite and unusual buildings. Here we choose 10 of Albany’s most cultural restaurants. 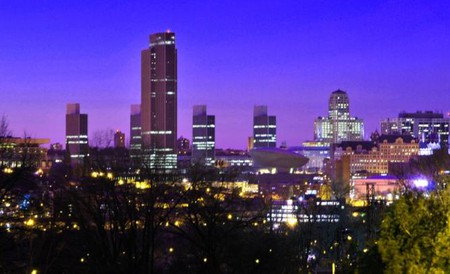 Albany Pump Station exterior | Courtesy Albany Pump Station
Head chef and owner Daniel Darves-Bornoz creates wonderful and creative French cuisine at his Provence Restaurant. Daniel trained in Paris for three years, refining his skills before continuing to perfect his talents in New York City. Provence Restaurant was opened in 1999, and due to Daniel’s training in France he serves French and Mediterranean cuisine with a traditional touch. The wine list boasts over 150 selections, and has previously won the Wine Spectator Award of Excellence.
Open In Google Maps
1475 Western Avenue, Albany, New York, 12203, USA
+15186897777
Visit Website
Give us feedback

Restaurant, Pub Grub, American, $$$
Facebook
Email
Twitter
Pinterest
Copy link
Share
Map View
The Albany Pump Station, a local brewery and restaurant, was first built in 1786 and continued its production until the prohibition in 1920. The Albany Pump Station’s award winning ales are known across the USA and have even been exported to England and France. The Pump Station drew water from the Hudson River and pumped it into what was the Clinton Avenue but is now the Bleecker Stadium. The Pump Station ceased to operate in 1932 and is now open as Albany’s premier location for food and hand-crafted beer. It offers 12 in-house brews as well as delicious cuisine including lobster.
Open In Google Maps
19 Quackenbush Square, Albany, New York, 12207, USA
+15184479000
Visit Website
Give us feedback

Café Capriccio was opened in 1982 on the historic brownstone area on Grand Street, once Albany’s main Italian neighborhood. Café Capriccio has won multiple awards, from Capital Area Media’s Albany’s Best Italian Restaurant to Metroland newspaper’s Best Restaurant of 2009. The venue has intimate booth seating, a warm wooden interior and 1930s Italian decorations, making the cafe one of the most romantic dining destinations in Albany. Head chef and owner, Jim Rua, has written two popular cookbooks and continues to further his popularity with exceptional Italian cuisine and hospitality.

The famous Jack’s Oyster House has been delivering the best of fresh seafood to Albany since 1913. Jack’s Oyster House is one of the most talked about restaurants in Albany and popular with state politicians and the wealthy business elite. The menu offers traditional French cuisine re-invented by Chef Luc Pasquier. This includes Manhattan clam chowder, oysters Rockefeller, steak Diane and Maine lobster. The weekend brunch is also a popular choice, serving omelet du jour and buttermilk pancakes.

Located on Chapel Street, Yonos serves Indonesian and continental cuisine. Since opening in 1986, Yonos has received some of the highest reviews in the city, with its renowned chefs appearing on NBC’s Today show, as well as winning countless awards from international food societies and publications. The menu is split into two main sections, one comprising Indonesian specialties and the other section containing continental cuisine, with dishes such as farm-raised alligator tail. 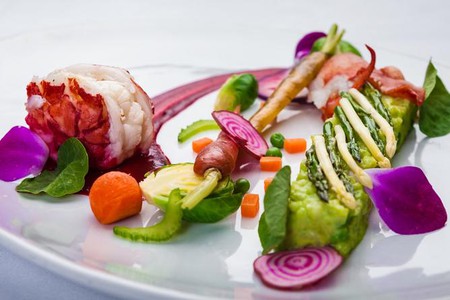 Altamont Old Stone House Inn is a 1773 farmhouse set in the beautiful countryside of Albany. The Inn is also an 18th century style Bed and Breakfast. The views the establishment offer are incredible, with fields and beautiful gardens making for a stunning backdrop. Upon arrival, the hotel team offer chocolate chip cookies before serving dinner in their elegant, candlelit dining room on the veranda, which overlooks the gardens. This is the perfect spot to admire the outdoor scenery and relax. 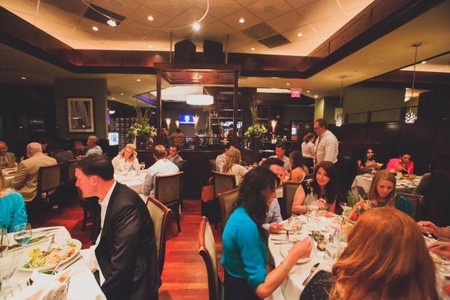 Grappa 72 is a laid-back Italian restaurant, complete with an extensive wine list featuring Italian wines and Grappa. Grappa 72 was voted Albany’s Best New Restaurant in 2010 by Metroland as it has the ‘best qualities of traditional Italian and modern elegance’. The menu is filled with Italian regional specialties to be enjoyed while listening to the music in the background.

Located on Wolf Road near the Albany International Airport, Colonie Center and Crossgates Mall, Reel Seafood has been serving the freshest seafood in New York for over 28 years. The team has been voted the best seafood restaurant in Albany by local voters. Executive Chef Alan Maki serves the highest quality fare, not limiting himself to seafood; he also cooks up delectable meat and pasta dishes.

The Capital: American Eatery & Lounge highlights the best of New York food. Targeting a more mature crowd, it is only open in the evenings for dinner and socializing within a great atmosphere. Customers can expect a recently renovated interior with decor hand-selected by co-owner Chris Pratt. The Capital has a number of different rooms featuring black and white photographs of downtown Albany as well as a hand-made chandelier.