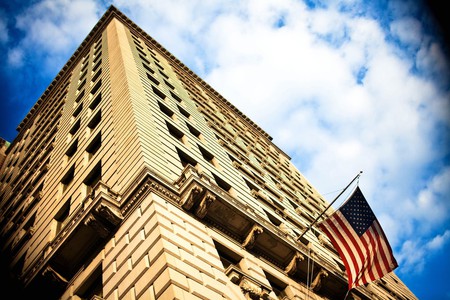 In its nearly 180 years of existence, Union Square has represented various things to different New Yorkers, including luxury and revolution, to name a few. Today, the downtown destination remains one of New York City’s most unique attractions, with a backstory to match.

Originally named Union Place, the space at the intersection, or union, of Bloomingdale Road and Bowery Road (or Broadway and Fourth Avenue, as they’re now known) began not as a site of leisure but as a grave necessity. Those who know the space in its current incarnation, a lively urban hub, may be surprised to learn this intersection was once home to a potter’s field, or a graveyard housing unidentified bodies. It served this purpose until 1831 when the State Legislature authorized it as a public place. Eight years later, Union Square opened to the public, and an icon-in-the-making was born. 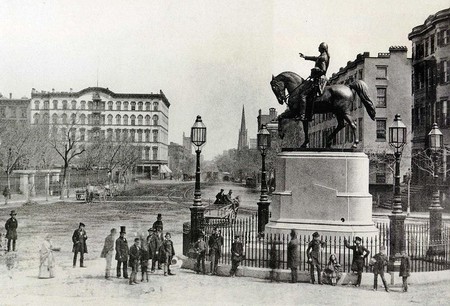 It wasn’t until decades later, during the 1870s, when the Square would become one of New York’s most prestigious parks. During this time, the original Broadway theatre district was known as The Rialto and was located just off of Union Square. This proximity, coupled with a quickly growing downtown center featuring hotels, shops, and cultural facilities, helped solidify the Square’s status as an en vogue area. Adding to its appeal were paths and abundantly planted grounds inspired by fashionable squares in London and designed by Frederick Law Olmstead and Calvert Vaux, the masterminds behind New York’s Central Park and Prospect Park. 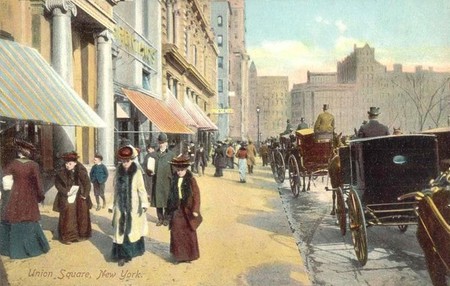 Around this same time, Union Square was growing popular with a group other than New York’s elite. On April 20, 1861, the first rally in Union Square took place in support of the Union. In September of 1882, over 10,000 workers flocked to the Square in the first-ever American Labor Day rally. Since then, the spot has become New York’s number one hub for activist activities, hosting rallies and protests relating to immigration reform, race relations, politics, and more. 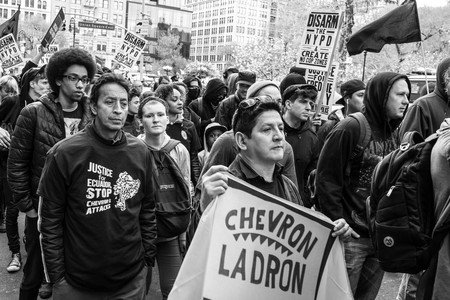 Considering Union Square today, one can certainly see that the space’s past has shaped its present. The current (but almost certainly not the last) incarnation of the Square features everything from playgrounds and a 160-year-old statue of George Washington to a trendy restaurant and a 41-year-old plant and food market. The only thing more diverse than Union Square’s offerings is its patrons, which include locals, tourists, and, in a throwback to its early days, the occasional poster-packing protester and well-to-do lady.

Thank you for bringing your #NYCPride to #UnionSquareNY #regram @laura_liu07 #🌈 #Pride2017