A Brief History Of The Cloisters, NYC

‘The Cloisters‘ is something you often hear mentioned on a list of ‘things to do in New York,’ but if you haven’t been, you may not actually know what it is. People know it’s part of the Metropolitan Museum of Art and that there are sculptures involved, but there’s so much more to know. If it’s not at the very top of your to-do list for a trip to NYC, it should be because it’s a unique attraction that provides an alternative to the standard museum experience.

The first thing to know about The Cloisters is that despite it being part of the Met, it’s not physically part of the Met. It’s instead located in Washington Heights in the very upper west corner of Manhattan. The museum specializes in European Medieval architecture, and the collection comes from John D. Rockefeller. Rockefeller initially purchased the Medieval collection from George Gray Barnard in 1925, expanded it, and bought the land where the museum now lives in 1931.

There are four actual cloisters – the Cuxa, the Bonnefort, the Trie, and the Saint-Guilhem – and each come from abbeys and monasteries of the same names in France. What exactly is a cloister? Most simply, it’s a covered walkway, but they’re often attached to cathedrals or other religious structures. These cloisters were excavated from France and rebuilt in NYC between 1934 and 1939 and are now surrounded by chapels and rooms filled with art from the time. There’s the gothic chapel with stained-glass windows from the 14th century, the Fuentiduena Chapel from Spain, and The Lagon Chapel from Burgundy, France. All of these rooms together house approximately 5,000 works of art dating back to the 12th through 15th centuries. 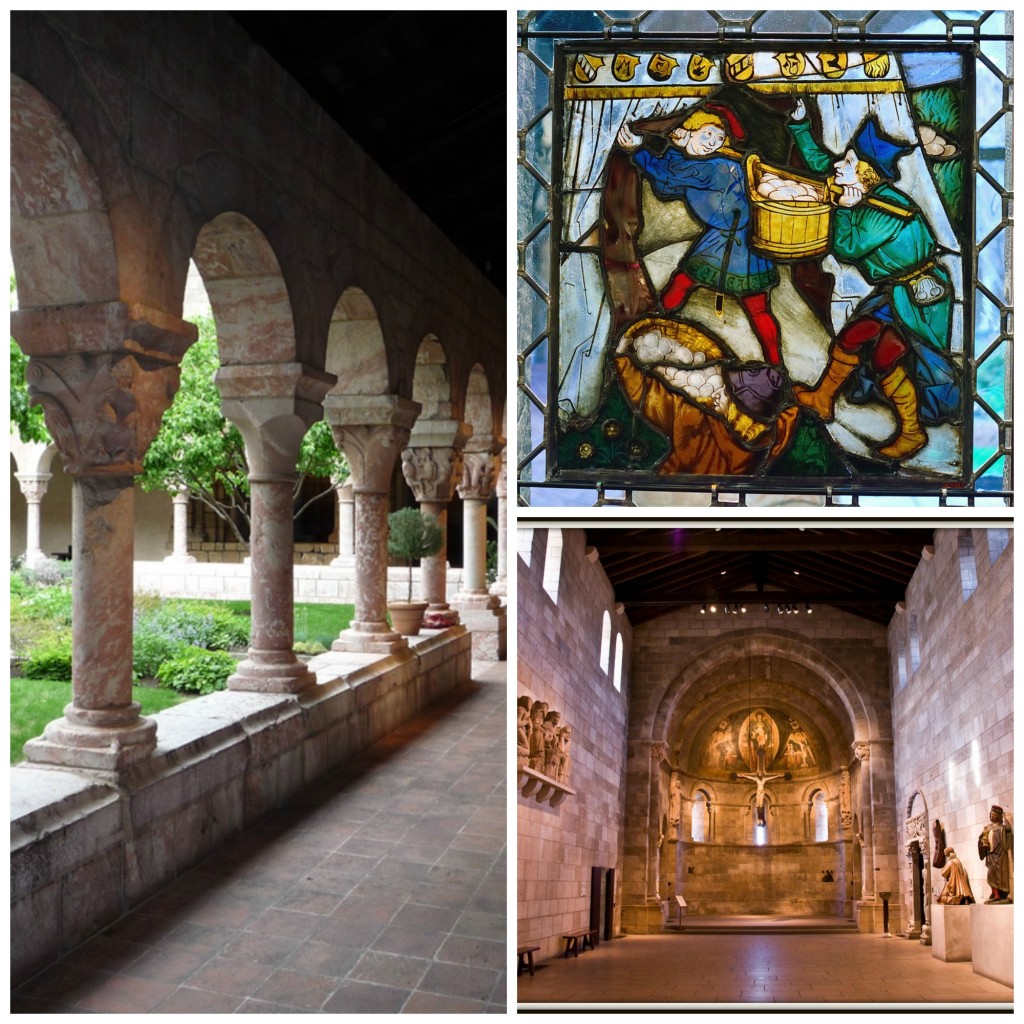 There are also four acres of surrounding gardens at the museum. Today, the garden contain around 250 plant varieties that would have been typical in Medieval times, making it one of the rarest and most valuable gardens anywhere. The whole museum is designed to look and feel like life in a Medieval European monastery, making it a full sensory experience. It’s unique to be in the art in this way, and that’s why it’s become known as a gem in New York City.

It’s open seven days per week from approximately 10 am to 5 pm (it changes slightly depending on the season), and in the summers, it’s open late until 7:30 pm on Fridays. There are also events held in the gardens in the summer – everything from wine tastings to musical performances (a schedule of events can be found here). The amount you pay for a ticket is up to you, and the price includes same-day entry to the Met.