A Brief History Of The African Burial Ground National Monument

The African Burial Ground is a monument in lower Manhattan, a site holding the remains of 419 Africans buried during the 17th and 18th centuries. The cemetery was the largest colonial-era cemetery of its time for people of African descent. When it was active, historians estimate that around 15,000-20,000 people would have been buried there.

In its active time, the burial grounds were divided into different sections. Some areas were used for city residents, while others were public areas. After the Trinity Church was established in 1967, however, the vestryman of the church took control and declared that Africans could not be buried within a certain distance from the church.

Instead, Africans found a new location that was satisfactory for the colonial leaders – the ‘African Burial Ground’ located just north of present-day Chambers Street. The area was 6.6 acres and first recorded being used in 1712. 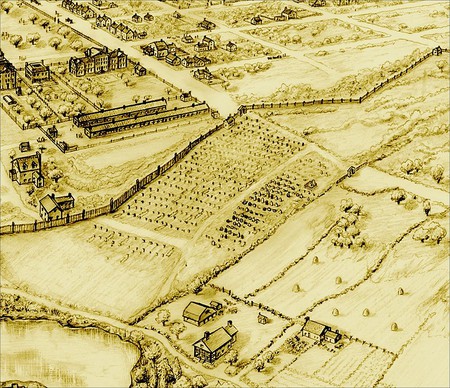 In 1788, ‘the doctor’s riot’ broke out when it was discovered that doctors and medical students were illegally procuring bodies for dissection, as the burial grounds were close to Columbia College. The riot broke out when a medical student was seen in a hospital dissecting the arm of a wife to one of the city’s residents. Upon this discovery, angry citizens surrounded the hospital where the riots lasted a few days.

A few times per year I come and touch the monument. Thousands of Slaves were buried under the area that is now lower Manhattan, including the huge federal building above and "justice" bldgs. It was kept secret for years till 1991. Even then it wasnt publicized that much. Walking from jujus school to my office in gramercy. Seeking inspiration and new direction. Blessings to all. #classiclifeNYC to see more of my view of my city.

In 1794, the area was developed for the first time, and the burial grounds were largely forgotten. It wasn’t until 1991 that the General Services Administration (GSA) announced the discovery of intact graves while they were excavating for the construction of a new, multi-million dollar office building on the site.

When the existence of the graves became known, controversy came about. The African-American community believed that proper respect hadn’t been shown, while the GSA wanted to continue building. At first, the GSA planned to properly retrieve the remains before building, but the extent of the remains was much larger than anticipated. In 1992, activists protested, and the GSA halted building.

Next week, the #nationalparksservice turns 100! In honor, each day until then we will be highlighting one of the 10 national parks in the great NYC. Number 1: the African Burial Ground National Monument. #repost ・・・ Did you know that a burial ground for enslaved and freed Africans was found in Lower Manhattan in the 1990s? There now stands a national monument on top of the land, honoring and wishing them safe passage from this world. It is a powerful monument fraught with symbolism and meaning. A great visit for your tweens and teens. #africanmemorial #africanburialground #africanburialgroundnationalmonument #nationalparkscentennial #travelwithkids #familytravel #kidstravelnyc

Following this, changes occurred, and control of the site was given to Howard University. Further, in 1992, Congress passed a law to redesign the site, and $3 million were given to construct a memorial.

When the site was discovered, it was an important reminder of the forgotten slaves of New York City, as they were a large part of the city’s development. Because of this and because of activists not allowing the history to be forgotten, the site was declared a National Historic Landmark in 1993. By 2006, it was an official national monument.