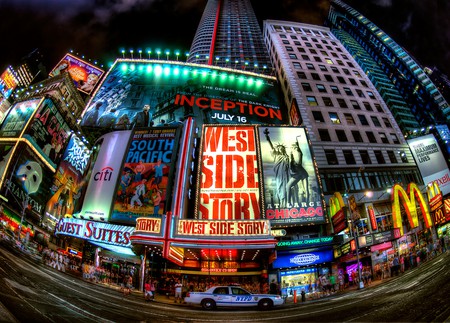 Times Square, NYC – people flock from all over the world to experience the unique madness in all its glory, and locals avoid it like the plague. While the neighborhood has experienced a series of ups and downs throughout the decades, few could have predicted its modern-day outcome. We rewind to examine the history and progression of this iconic location in Midtown, New York City.

Longacre Square was once the site of New York City’s horse and carriage industry. It was renamed ‘Times Square’ in 1904 after the New York Times constructed One Times Square with the intention of making this building their headquarters. Simultaneous construction of their new building and nearby transportation lines assured that the newspaper would circulate throughout New York City with ease; the subway line ran next to the building’s basement where the printing took place and was connected to most areas in the city. 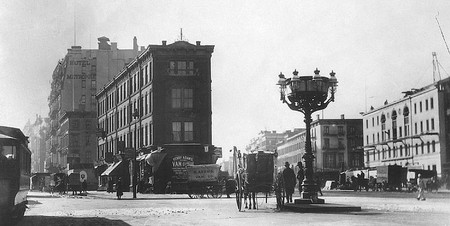 As part of their marketing plan, the New York Times greated the New Year with fireworks, which were then replaced with the iconic lowering of a Waterford crystal ball. Today, it’s a much larger, energy-efficient LED ball that can be seen year-round, as it’s also lit on holidays like Valentine’s Day and Halloween. Today, close to one million people from around the world gather to watch the ball drop annually, making Times Square the official site in which to celebrate the New Year across the United States. 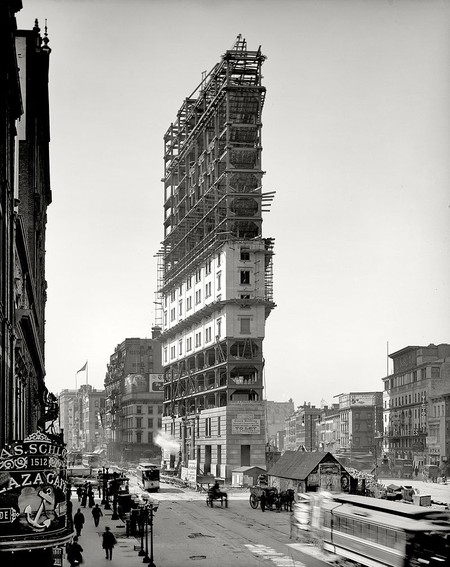 One Times Square under construction 1903 | © WikiCommons

As the New York Times moved in, mega theaters were constructed and a distinct brand of New York City nightlife developed. This era was largely characterized by the prohibition of alcohol consumption, which so many New Yorkers promptly defied. By 1927, 72 theaters were competing against each other, and over 100 night clubs were hosting live shows.

When the stock market crashed in 1929, the cultured spirit of Times Square became gritty, as shows turned cut-rate and strange performances were free of charge. An evening of cinema or live music turned into a performance by aerialist Tiny Kline, sliding down 20 stories of a building by her teeth, or The Great Waldo swallowing a fluorescent light bulb that glowed through his stomach in the dark. Unfortunately, the light bulb exploded during a performance, causing his death. 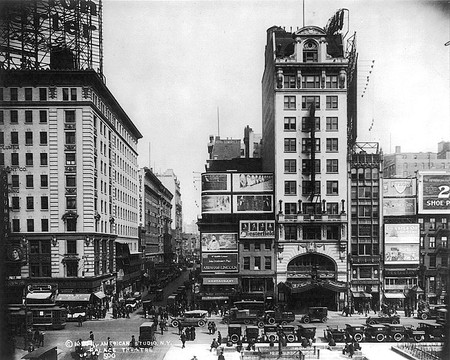 By 1937, five burlesque clubs popped up in Times Square; as WWII approached, the sex industry boomed – American soldiers were preparing for war and were willing to pay for anything before their probable death. By the 1940s, the sex industry completely dominated Times Square, and the area remained seedy for quite some time. In the 1970s and 1980s, every movie theatre located on 42nd Street between 7th and 8th Avenue was X-rated, and prostitutes, pimps, drug dealers, and criminals were out on the streets, causing fights, shootings, and stabbings. Consequently, the New York Times struggled to find willing journalists to walk from Port Authority, which was only a block and a half away. 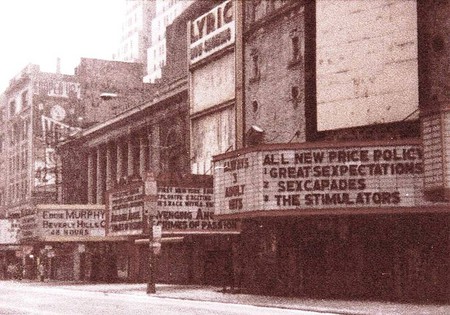 After decades as a hotbed of true urban grit, the city decided to step in and planned the construction of skyscraper office buildings, which were ultimately thwarted by protesters. Mayor Rudy Giuliani decided to clamp down on the sex-shops instead. Peep-shows could no longer operate within 500 yards of each other, allowing companies such as Disney to take over.

Thus, Times Square has always survived through mass advertisement and billboards, which generally account for $3.1 billion in expenditure. Printed posters turned to bright, flashing, neon lights, HD LED screens the size of a football field, and massive, crawling messages like those found on the NASDAQ display – a screen that is more than seven stories high. 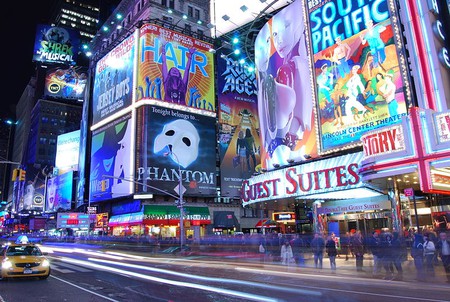 Today, Times Square heaves with tourists as one of the most famous and widely visited locations in the world.