9 Movies You Didn't Know Were Written By Famous Authors 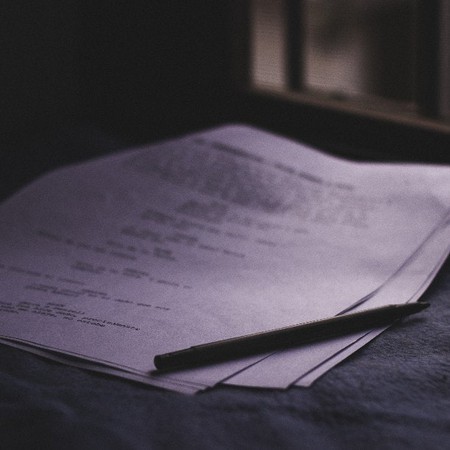 Screenwriting, as a career, can be a mixed bag. On one hand, you’re the very pulse of the motion picture industry. On the other, you’re frequently overshadowed by big name directors, actors, and producers. We seldom remember the names of the writers behind even our most beloved movies—but there are exceptions, as when the screenwriters happen to be novelists or playwrights picking up an extra paycheck and imbuing the film with their own unique voice and style. Below are nine of the most surprising cases of writer-turned-screenwriter in the history of film.

The famously prolix southern novelist William Faulkner must have seemed an odd fit for Hollywood given his typically rural, nigh-Biblical subject matter. But he seemed to have enjoyed his time as a screenwriter a good deal more than his contemporary Scott F. Fitzgerald, and noir masterpiece The Big Sleep, adapted from the novel by Raymond Chandler, is filled with Faulkner’s signature wit and complexity.

One of the all-time strangest James Bond movies, You Only Live Twice makes a little more sense when you discover it was written by James and the Giant Peach author Roald Dahl, who happened to be a close friend of Bond creator Ian Fleming. Dahl returned the favor by dropping most of Fleming’s original story in favor of volcanoes, ninjas, and sumo wrestlers.

Given the role comic books have played in his work, it’s no surprise that The Amazing Adventures of Kavalier & Clay scribe Michael Chabon has been involved with superhero films. In particular, he was one of many screenwriters who contributed elements to Spider-Man 2. And in Chabon’s version, omitted for better or worse, there would have been a love triangle between Spider-Man, Mary Jane, and villain Doctor Octopus.

Godfather author Mario Puzo not only co-wrote the original Christopher Reeve-starring Superman movie, he also got a story credit after inheriting the position from science fiction author Alfred Bester. At first it might be difficult to find the connection between the Last Son of Krypton and the Corleones—until you remember that both movies begin with Marlon Brando giving his son a few choice words just before catastrophe strikes him.

Butch Cassidy and the Sundance Kid (1969) by William Goldman

Princess Bride novelist William Goldman won an Oscar for Best Original Screenplay for his take on train robbers Butch Cassidy and the Sundance Kid, and it was far from his only contribution to the movies, as Goldman would go on to write The Stepford Wives and All the President’s Men.

Playwright Harold Pinter’s ominous, sparse style is instantly recognizable in the films he wrote (many of them adapted from novels), including The Go-Between, The Trial, and Meryl Streep’s breakthrough film, historical drama The French Lieutenant’s Woman. Both Pinter and Streep were nominated for Oscars for their work.

The remarkable Night of the Hunter is perhaps the foremost example of country noir, so it makes sense that Tennessee-born James Agee was hired to write the screenplay, often considered one of the greatest in the history of film and tackling Agee’s pet themes like religion, the rural poor, and absent fathers.

Never in a million years would you think to associate the author of Brave New World with Jane Austen’s prim Pride and Prejudice, and yet Huxley worked on the script of the 1940s version, taking considerable liberties with the original novel. But audiences must have liked it, because Huxley came back to co-write Jane Eyre in 1944.

Many have forgotten, what with HBO’s loose adaptation of the original Westworld and Michael Crichton’s reputation as novelist, that the Jurassic Park author both wrote and directed this charmingly dated tale of a futuristic amusement park on the fritz.