7 Prominent Artists Of The Harlem Renaissance In NYC 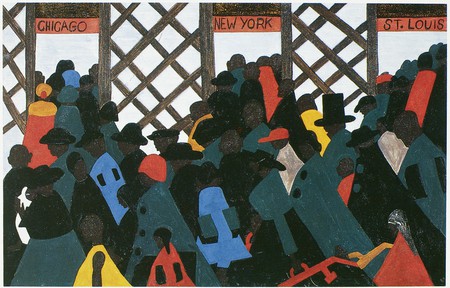 'The Migration of the Negro, Panel no. 1.' Tempera on hardboard, 1940-41, one of a series of paintings by Jacob Lawrence on the migration of black Americans from the south to seek jobs in northern industries during and after World W | © Granger Historical Picture Archive / Alamy Stock Photo

During the 1920s and ’30s, black creatives experienced a new era of pride and support that lead to more mainstream success and opportunities in the community. Jacob Lawrence and Augusta Savage were among the most lauded artists of the Harlem Renaissance in their time.

Originally called the New Negro Movement, the Harlem Renaissance was a cultural, social and artistic upheaval that occurred in New York City’s Harlem neighborhood between roughly the end of World War I and the mid-1930s. The Harlem Renaissance fostered a new era for black artists and, according to writer and philosopher Alain Locke, transformed “social disillusionment to race pride.” Harlem attracted nearly 175,000 African Americans – making it one of the largest concentrations of black people in the world at the time – who left the South during the “Great Migration” to seek better treatment and job opportunities. While racism was still prevalent, the community bolstered a new era of creativity inhabited in the works of these seven artists.

Painter Aaron Douglas helped cultivate the concept of the ‘New Negro’ through the illustrations of black life he contributed to Locke’s anthology of the same name. Douglas painted murals for buildings and designed the cover art for numerous black publications, including The Crisis and Opportunity. He moved to Tennessee in 1940, where he taught at Fisk University for 20 years and subsequently founded their art department. Under President Franklin Delano Roosevelt’s Works Progress Administration, Douglas also painted a mural for the 135th Street branch of the New York Public Library in Harlem. The four-panel series showcases the African American story, from Africa to enslavement in the United States to liberation after the Civil War and the creation of a new life in New York City. 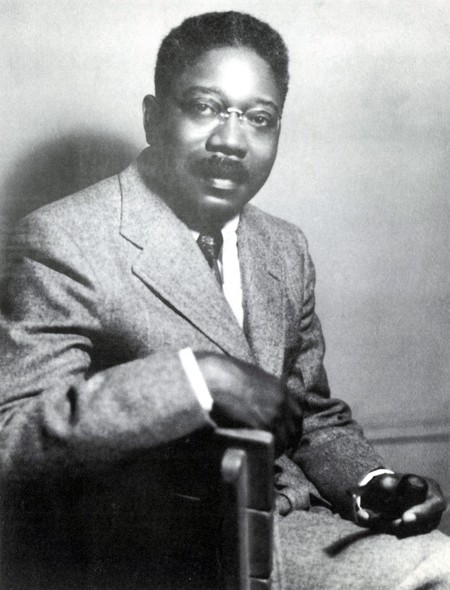 Undated photograph of Douglas. Aaron Douglas (May 26, 1898 – February 3, 1979) was an African-American painter and a major figure in the Harlem Renaissance. He developed an interest in art during his childhood. He graduated from Topeka High School in 1917 | © Science History Images / Alamy Stock Photo

Lois Mailou Jones, a painter who was adept at landscapes as well as African iconography, cultivated her craft at the School of the Museum of Fine Art in Boston. Barred from competitions because of her race, Jones entered her paintings into competitions through her white friends who would surreptitiously hand in submissions on her behalf. Over the years, Jones moved to Paris and worked for decades as a teacher. She lectured around the world, including throughout Haiti, Ethiopia, Ghana and elsewhere. Her paintings from those visits combined with her previous work garnered enough attention to be featured in Ebony magazine and one of her paintings was acquired by the Clintons while they occupied the White House.

Jacob Lawrence established himself as the first mainstream artist of the Harlem Renaissance when he came into success at age 23 for his 60-panel Migration Series. His paintings, which he deemed to be in the style of “dynamic cubism,” portrayed stories of African migration from the Southern to Northern United States, which began in 1916. Each panel features a sentence-long caption that, when viewed in total, creates a seamless narrative of the black journey North and adjustment to new cities. 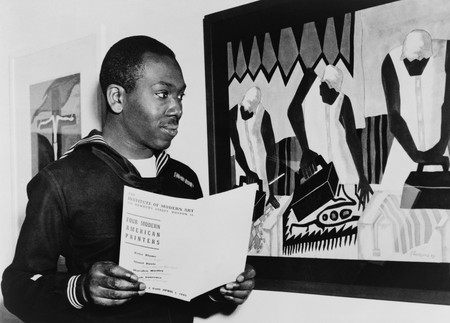 Coast Guardsman Jacob Lawrence, with his paintings at the Institute of Modern Art in Boston in 1945. During World War 2,

Augusta Savage established herself as a sculptor, civil rights activist and an influential educator with her Savage Studio of Arts and Crafts in Harlem. She gained artistic notoriety after she created busts of prominent figures in the black community such as W.E.B. Dubois and Marcus Garvey. For the New York World’s Fair of 1939, she was commissioned to envision a sculpture detailing African Americans’ contributions to music. Savage named the piece The Harp, which was inspired by Negro hymns and spirituals. Unfortunately, once the fair ended, The Harp was destroyed due to lack of funds to store it. Savage’s best known work is a bust called Gamin. Created circa 1929, its subject is up for debate: some believe the featured boy was Savage’s nephew while others believe he was a homeless youth. Either way, at the time it was voted most popular in an exhibition of over 200 works by black artists and today stands on permanent display at the Smithsonian American Art Museum in Washington, D.C. 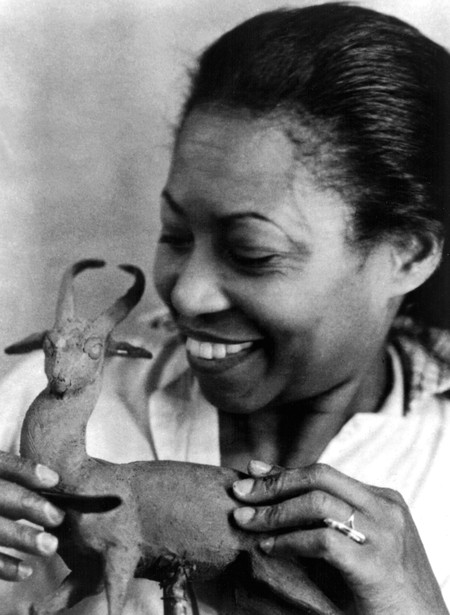 The Harlem Renaissance was not just an artistic revolution, but a political one, too. The movement was a route through which black people could normalize diversity and James Van Der Zee, acting as the unofficial official photographer of the era, did just that through his portraits of middle class African American families. In addition to civilians, Van Der Zee also captured images of important cultural figures such as Marcus Garvey, Bill “Bojangles” Robinson and Countee Cullen. His big break came accidentally in 1967 when a curator from the Met casually inquired as to whether he had any photographs from the 1920s and ’30s. Van Der Zee’s work was featured prominently in the ensuing 1969 exhibit “Harlem on My Mind.” Art historian Sharon Patton remarked of Van Der Zee’s legacy that he not only documented the Harlem Renaissance, but also helped create it.

Richmond Barthé was known for his sculpted portrayal of black figures. Rejected from New Orleans Art School because of his race, Barthé trained at the Art Institute of Chicago where one of his teachers suggested he switch from painting to sculpting. The gamble paid off: Barthé had a knack for rendering images in clay and expressive sculptures earned him success in the 1930s and ’40s. His work depicted men in their natural form and were imbued with a sense of intensity and sensuality that attracted European patrons and members of the press. The stress of city living led him to move to Jamaica and eventually other areas in the Caribbean from 1947 until 1969. Barthé designed many of the coins that are still in circulation in Haiti today. 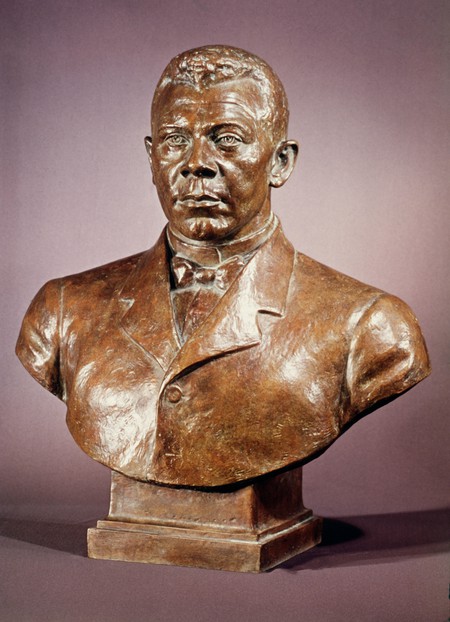 Charles Alston was a sculptor, painter, artist, muralist and teacher. Alston was born in Charlotte, North Carolina but was raised in New York City. A graduate of Columbia University, Alston was an active member of his community. He started a boy’s camp called the Utopia House, where he became a mentor to fellow artist Jacob Lawrence. Alston became the director of the Harlem Hospital’s murals, as well as the first black supervisor of the Federal Art Project in 1935. By the end of 1936, two of his works had been featured in the Museum of Modern Art. His other prominent works include Portrait of a Man, Girl In A Red Dress, and Portrait of a Woman.