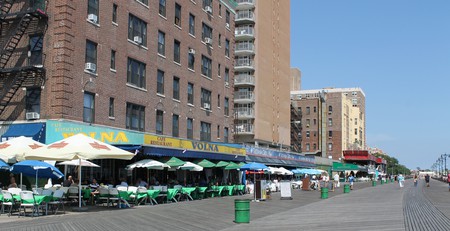 Little Odessa is a place that many New Yorkers may know about; however, it’s very unlikely that they really understand it. More often referred to as Brighton Beach, the area is famous for its huge population of Russian and Soviet immigrants. It feels almost completely detached from the hubbub of Manhattan and instead much more like a sleepy beach town. For those who want to discover the neighborhood (and even those who think they know it all), these 11 facts about Little Odessa may help inspire a day trip out there.

The people from Little Odessa are open.

Little Odessa has a history of welcoming people from all different backgrounds. This year, the neighborhood held the first LGBTQ pride parade for Russian speakers in the entire country.

Little Odessa has the largest population of Russian immigrants in the Western Hemisphere.

New York City has approximately 600,000 Russian Americans. Most of them live in either Brighton Beach or Sheepshead Bay. Throughout the whole New York metropolitan area, there are about 100,000 immigrants who were actually born in Russia.

There’s a theater that brings in Russian acts.

The Master Theatre (formally and historically known as the Millennium Theatre) brings in many Russian traveling groups throughout the year. The New York Times once compared the theater to Lincoln Center for Russian immigrants.

The area is named after a city in Ukraine.

The neighborhood was nicknamed “Little Odessa” after Ukraine’s port city and resort town on the Black Sea.

There’s a movie named after it.

Little Odessa was a dark 1994 drama about a family of Soviet Jews living in the area. It stars Tim Roth and Vanessa Redgrave. There’s also a play by Neil Simon called Brighton Beach Memoirs, which takes place in the neighborhood during the Great Depression.

It was only after the second wave of Russian and Soviet immigration (during the Cold War) that the area started being identified by the people who lived there. But Russian immigrants began arriving at the beginning of the 20th century. 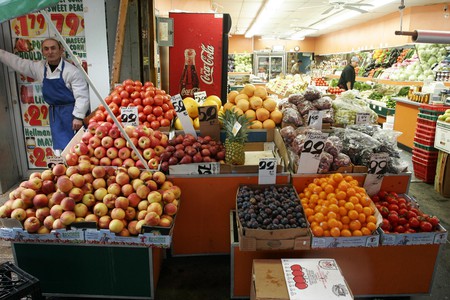 There’s a very famous school for Russian ballet dancers there.

Since 1991, the Brighton Ballet Theater has welcomed ballet and folk dancers from Russia, Ukraine, and Georgia. It’s one of the best schools for Russian ballet in the United States.

You may recognize it from one Darren Aronofsky movie.

Astute viewers will recognize much of Brighton Beach from Requiem for a Dream. The apartment that stood in for Sara Goldfarb’s in the film is on Brighton Sixth Street, next door to the Winter Garden Restaurant, which also makes an appearance in the movie. 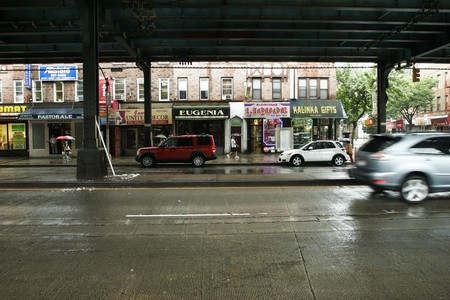 Yes, the one on the coast of England. The city-recognized name for the neighborhood was established in 1878. William A. Engeman, an entrepreneur at the time, purchased several hundred acres of land right along the ocean for $20,000 and renamed the area Brighton Beach. 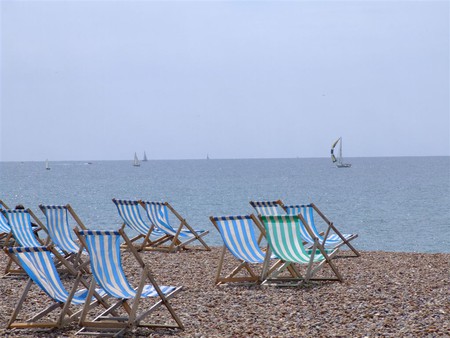 It’s the best place in town for vodka and caviar.

Brighton Bazaar is one of the most frequented shops in the neighborhood for Russian imports. There’s a hot buffet that features Russian delicacies such as Stroganoff, Chicken Kiev, plov, and knishes. You’ll be able to peruse a wide variety of vodkas at any liquor store, or you can stop at Volna’s (a favorite local restaurant) for a shot—even if it’s before noon.

When Neil Diamond was growing up, he lived in a small apartment above a butcher shop in Brighton Beach. His parents owned Diamond’s Clothing Store, which became a neighborhood staple. For those who want to delve deeper into Diamond’s Brighton Beach childhood, it figures prominently in the documentary Solitary Man.