11 Artworks That Will Make You Smile 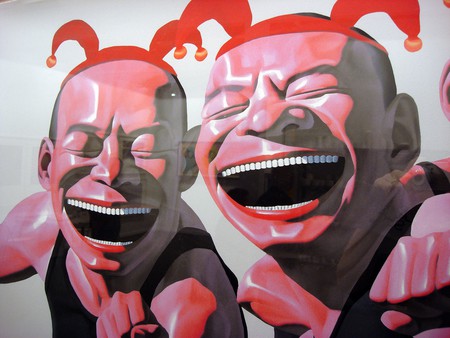 Art is inherently evocative, with the power to elicit a deep emotional response. From timeless paintings to contemporary sculptures, these 11 feel-good works of art are sure to make you smile.

Even 100 years later, The Kiss remains one of history’s most romantic works of art. A stunning combination of Art Nouveau and Symbolism, Gustav Klimt’s gilded oil painting employs an arresting confluence of geometric patterns with natural adornments and a timeless sentiment. Painted during the Austrian artist’s so-called “Golden Period,” The Kiss is hailed an early modern masterpiece and, arguably, Klimt’s magnum opus. 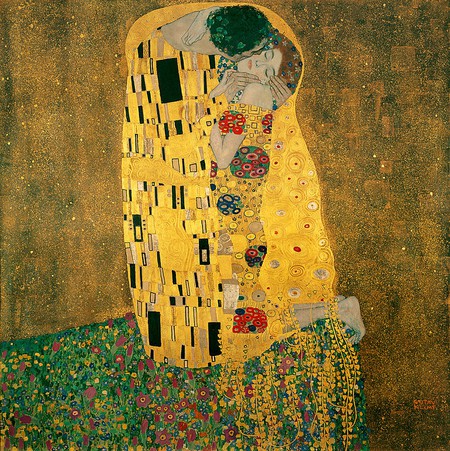 It’s difficult not to smile at an artwork when the artwork is smiling at you. Japanese contemporary artist Takashi Murakami has garnered international acclaim for his “Superflat” world of friendly flowers and grinning creatures. Drawing on elements of local artistic traditions alongside modern pop culture, Murakami’s work uniquely bridges “high” and “low” art.

Towards the end of his life, Vincent Van Gogh created a series of four still life paintings depicting what would become one of the Dutch artist’s most iconic subjects: the sunflower. He painted the bouquets to decorate the room in his Arles residence where his friend – and fellow artist – Paul Gaugin was to stay. Glowing with tones of yellow and gold, Sunflowers is one of Van Gogh’s most pleasant portrayals.

This heartwarming illustration of Mrs. Rabbit with her little ones (Flopsy, Mospy, and Cotton-tail) is taken from Beatrix Potter’s beloved early 20th-century book, The Tale of Benjamin Bunny. Best known for The Tale of Peter Rabbit (1902), Potter is legendary for her enchanting depictions of mischievous (but all-too-lovable) woodland creatures. A writer, artist, and botanist, Potter wrote and illustrated some of history’s dearest children’s books. 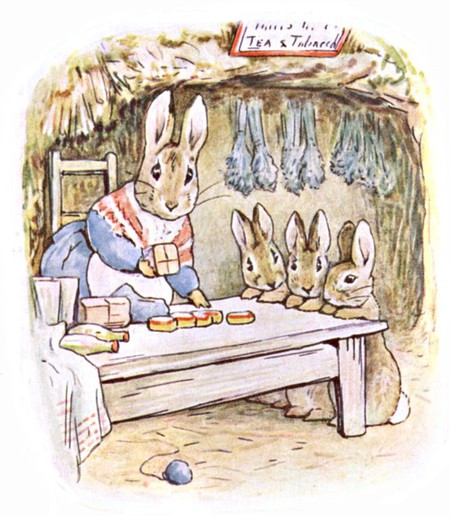 Two of the world’s most influential artists come together in David Hockney, a humorous photograph taken by the legendary Robert Mapplethorpe in 1976. By this time in the 20th century, Hockney was a larger-than-life force in the art world. But here, Mapplethorpe captures the British artist in a totally relatable state of relaxation.

Life is all rainbows, flowers, and puppies in the presence of Jeff Koons‘ beloved sculpture. Puppy references the traditional Victorian garden, though the installation itself required contemporary technology. Both playful and joyous, this colossal dreamlike artwork is designed to instil “confidence and security,” Koons hopes, in the viewer. 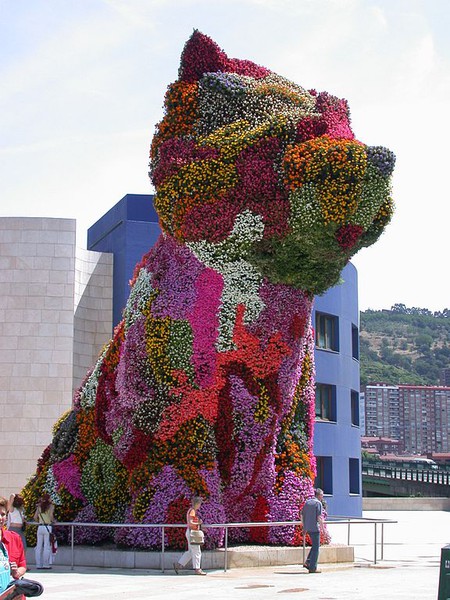 A harmonious depiction of what Russian avant-garde artist Wassily Kandinsky considered a gateway to the fourth dimension (namely, the circle), Several Circles is quiet and calm, spiritual and celestial. Kandinsky joined the Bauhaus in Weimar, Germany in 1922, where he explored the artistic languages of form and function. There, the abstract artist’s colorful, expressionist artworks became an integral part of the modern aesthetic. 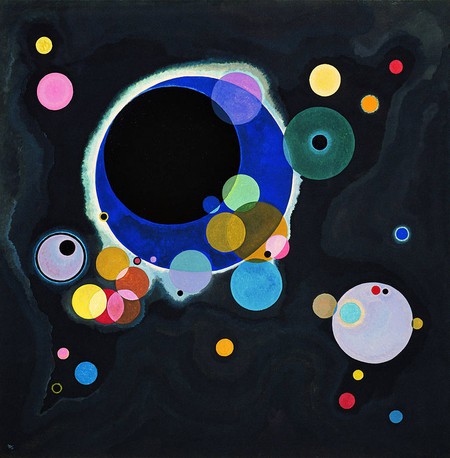 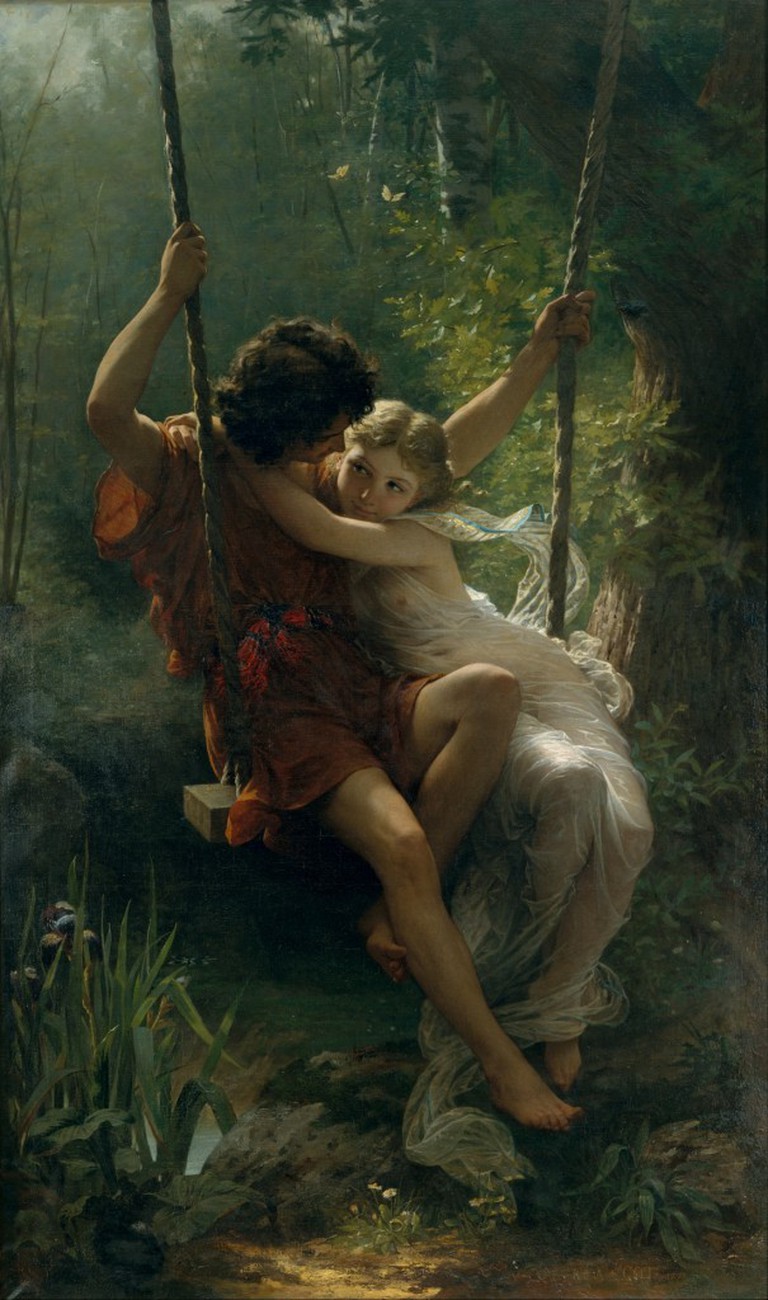 Courtesy of the Metropolitan Museum of Art
Pierre-Auguste Cot‘s stunning depiction of two young lovers in springtime is considered the French artist’s magnum opus. Set to an idyllic natural backdrop, Springtime is both hopeful and heartwarming in every masterful detail – from the folds in the girl’s sheer dress to the loving gaze shared between both subjects.
Open In Google Maps
New York City, New York, USA
Give us feedback

Sweet Brown Snail is silly and charming without any of the purposeful discomfort American artists Paul McCarthy and Jason Rhoades built their careers on mastering. Sweet Brown Snail is a large-scale public artwork in Munich featuring a seemingly arbitrary, smile-inducing subject. 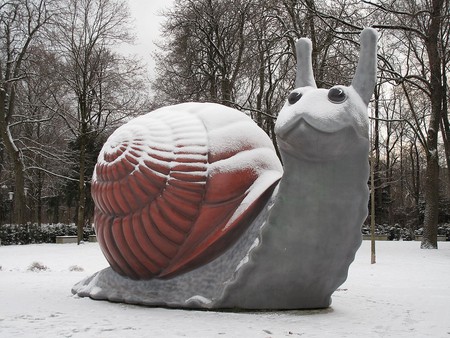 One of history’s most formidable contemporary artists, Louise Bourgeois‘ oeuvre is characterised by fierce themes of betrayal and deep psychoanalysis. Yet, 10am is When You Come to Me warmly captures the artist’s love for her assistant, Jerry Gorovoy, whom she shared 30 years of friendship with until her death in 2010. Bourgeois’ 2006 artwork consists of 20 musical score sheets portraying her hand embracing Gorovoy’s. He served as the artist’s loyal friend and assistant, and in turn, she depicted him through the years as her savior from isolation. Bourgeois made 10 versions of 10am is When You Come to Me.