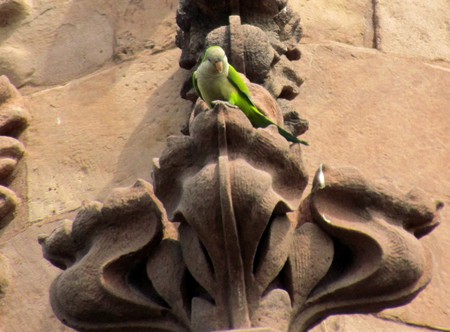 Amidst Brooklyn, New York’s cult-favorite eateries and historic neighborhoods, exists some (really) unexpected residents. Bringing new meaning to the phrase ‘urban jungle,’ a band of wild birds has made the borough its home for over 40 years. Read on to discover the surreal story of the wild parrots of Brooklyn.

The Quaker Parrot hails from down South— way down South

Like many great groups before it, the Quaker Parrot, or Monk Parakeet as it is sometimes known, is a New York immigrant. The sub-tropical bird hails from Argentina, where it is considered little more than an agricultural pest. In fact, during the 1960s, the country attempted to exterminate the species altogether, a dastardly aim which luckily proved unsuccessful.

It wasn’t planned that the birds would become Brooklynites

Faced with an overpopulous parrot population, Argentina began dispatching birds to be sold as exotic pets. Sometime between 1967 and 1968, a shipment of parrots arrived at New York City’s John F. Kennedy airport—and promptly broke loose. In true New York spirit, the parrots adapted to their environment, forming multiple colonies in and around New York where they have thrived for generations. 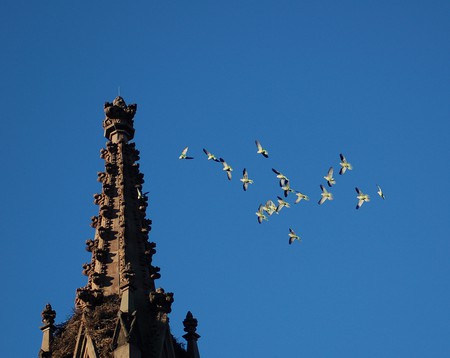 Even in an urban environment the parrots face predators

Swapping South America for the city has come with its own set of challenges. After escaping would-be exterminators in their home country, the parrots have met with a new human predator: the poacher. For years, poachers have been attempting to capture and sell Brooklyn’s feathered residents, achieving varying levels of success.

The birds are year-round residents of New York City

Unlike other species of birds (and some warm-weather-loving locals!), the parrots don’t fly south for the winter. Over the years, the Latin America natives have adapted to New York’s four seasons and can be spotted enjoying the weather in sun and snow alike. 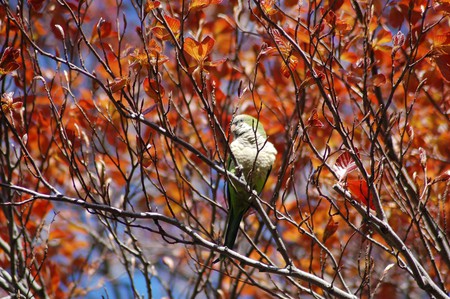 You can tour the birds’ Brooklyn

On the first Saturday of each month, Brooklyn Parrot Society leads tours of the birds’ Brooklyn. For 12 years, these free and open-to-the-public ‘Wild Parrots Safaris’ have covered the Monks’ favorite haunts, including Green-Wood Cemetery and Flatbush, Brooklyn.

The parrots can be spotted throughout Brooklyn

Since their arrival several decades ago, the parrots have created multiple colonies throughout Brooklyn. From the national historic landmark Green-Wood Cemetery to inconspicuous Flatbush blocks, the Monks have made the borough their home. After more than 40 years, one of the best places for parrot-sightings is still Brooklyn College, host of one of the oldest colonies in the area. 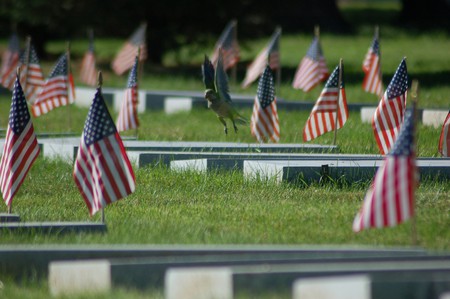 Rising From the Graves Of Heroes, courtesy of Steve Baldwin l Flickr

The parrots’ home base needs to be seen to be believed

Legend has it Brooklyn is the site of a colossal, years-old bird’s nest (the Quaker is the only breed of parrot who builds nests for its dwelling) known as the ‘Tree of Life’. While its exact whereabouts have never been disclosed, lucky bird-lovers may gain a glimpse of the birds’ home base while wandering through Flatbush. 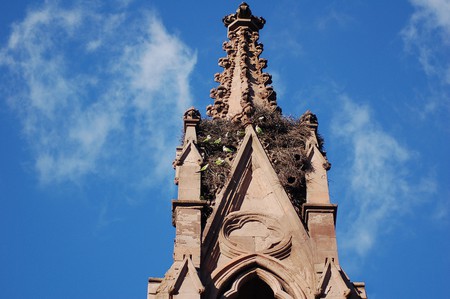 This wild community is surprisingly organized

There’s a method to their madness: Brooklyn’s feral parrots are a surprisingly organized group. Highly-evolved language capabilities, social hierarchies, and relationship structures characterize this species, which adheres to a complex social system even in their improvised urban environment. Tip: embark on a Wild Parrots Safari to hear tour guide Stephen Baldwin explain these structures while watching them unfold before you. 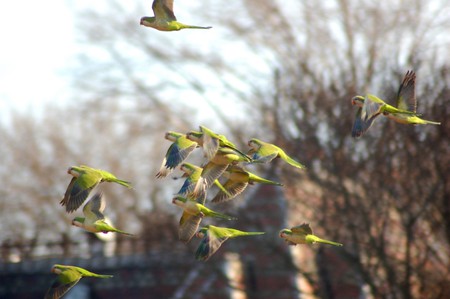 The parrots are steeped in secrecy

Adding to the magical quality of this community is the mystery which surrounds it. To thwart the efforts of poachers, the parrots’ protectors refrain from disclosing the colonies’ exact locations. A sure way to see the birds up close? Joining a Wild Parrots Safari and pointing your eyes toward the sky.

You might expect an organization like Brooklyn Parrot Society to have a historian or ornithologist at its head. Stephen Baldwin is neither of these, but he can talk birds with the best of them. Since 2005, the 61-year old tour guide’s passion for parrots has been all the payment he needs, helping keep the group’s Wild Parrots Safaris free.