10 Things To Do And See In Jamaica, Queens 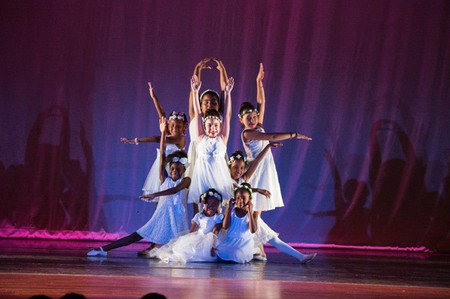 Diversity of culture in Jamaica, Queens has become a draw to the neighborhood and its influence is apparent in local markets, restaurants, and activities. From shopping and sight-seeing to art workshops and poetry slams, here are some of Jamaica’s top attractions. 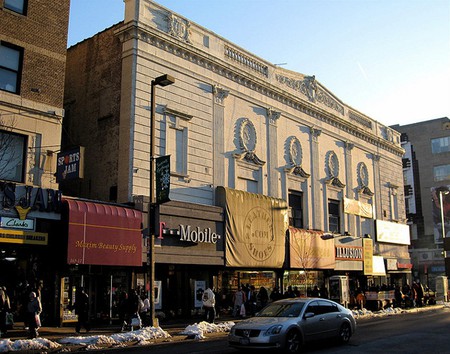 For the bargain shopper’s dream, look no further than Jamaica Avenue. This heart of the shopping district in Queens is the perfect destination to find last minute gifts for any occasion. From Old Navy, Footlocker and Gap Factory Outlet to Game Stop, Radio Shack, and just about any cell phone store you can think of, this hub has it all. A walk down Jamaica Avenue will bring you past a marketplace of variety—apparel, electronics, homewares, jewelry, health and cosmetics, entertainment, and food stops to keep you fueled on your ventures through it all. The Jamaica Farmers’ Market is also held in this area, on 160th Street and Jamaica Avenue. It is open every Friday and Saturday from 8am to 4pm in the spring, summer and fall, and offers a whole other array of hot food, produce, news, coffee, magazines, flowers, and more.

Like any university, York College is home to many events and activities that are open to the public. After being moved around Queens year after year, the campus was finally settled into its permanent Jamaica location in the 1980s. Since then, it has grown to encompass multiple academic buildings, a performing arts center, a health and physical education building, and an athletic field, amongst other things. York College offers events open to the public that can be viewed on their website calendar, from open Observatory nights and research expositions to jazz concerts and plays held at the Performing Arts Center. Sporting events are another attraction of the college, which are always a fun thing to do if you’re looking to get swept away in the liveliness of watching any sport. There is always something happening on a college campus, and York College is no exception. 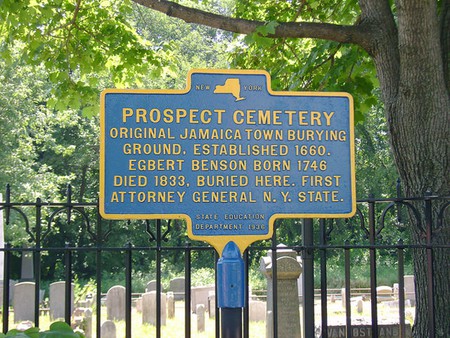 Cemetery
Facebook
Email
Twitter
Pinterest
Copy link
Share
Map View
While a cemetery might not be an immediate point of interest for most tourists, Prospect Cemetery, located on York College campus, exists as one of the oldest in New York City, and represents a long history of the Queens borough. In the early 1600’s, this site was part of the land belonging to the local tribe of Indians known as the ‘Yemecah,’ meaning beaver. The earliest record of the cemetery dates back soon after English colonists arrived in 1668. Since then, the grounds have stood beneath shifts in religion, changing relations between church and state, and the Revolutionary War, and have expanded to accommodate the growing neighborhood of Jamaica. In addition to the rich history of the site, a focal point of Prospect Cemetery has become the mid-19th century chapel, a beautifully gabled structure embellished with large rose stained-glass windows and other architectural elements. With the chapel restored and the grounds kept by the Prospect Cemetery Association, this cemetery is not a bad place to stop to explore for an afternoon, especially for history buffs.
Open In Google Maps
94-15 159th Street, Jamaica, Queens New York, 11433, USA
Visit Website
Give us feedback 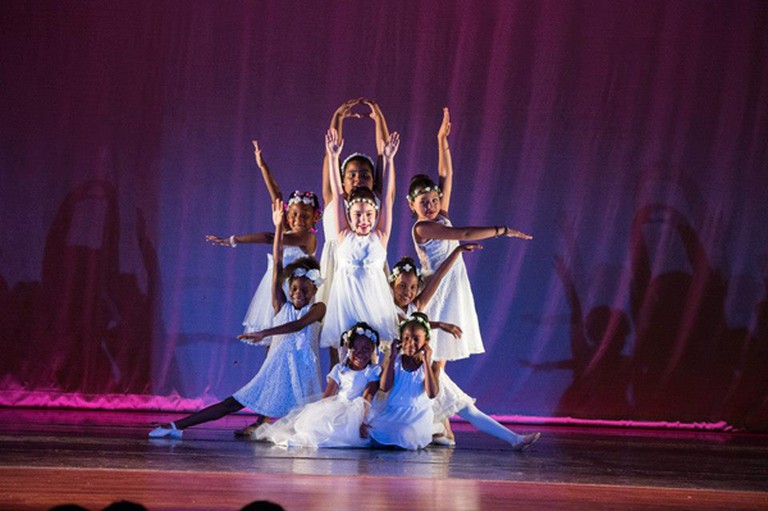 King Manor Museum, New York | photo courtesy Jamaica Center for Arts and Learning
Another place of historical significance, the King Manor Museum exists to preserve the home and legacy of Rufus King, a graduate of Harvard who with his sons became national figures in the early anti-slavery movement. The mission of the museum is to involve and educate visitors in local and national history through an innovative presentation of King Manor and its collection in the context of life in Jamaica and the United States in the early 19th century. The museum is active with lectures, public programs, and ongoing archaeological and historical research that cater to visitors looking to learn more about the King family and their significance in American history. A walk through the house allows you to explore a different era, from the Constitution to the Civil War, giving insight to 19th century life through archaeology as well as a closer look at the anti-slavery work for which the King family is known. The King Manor Museum is a prime attraction for those who just can’t get enough history, as well as those looking to learn more about the history of the abolition movement.
Open In Google Maps
150-03 Jamaica Avenue, Jamaica, Queens New York, 11432, USA
+17182060545
Visit Website
Give us feedback

Jamaica Center for Arts and Learning

Art Gallery, Building, School, Theater
Facebook
Email
Twitter
Pinterest
Copy link
Share
Map View
The Jamaica Center for Arts and Learning (JCAL) is a non-profit organization that offers visual, performing and literary arts, arts education and artists’ programs to encourage participation in the arts in the Queens and Greater Metropolitan area. In addition to workshops and classes, JCAL hosts exhibitions and showcases of the performing arts to promote cultural enrichment for all who attend. Housed in a neo-Renaissance building, the center features a 1,650 square foot visual arts gallery, a 99-seat proscenium theater, three painting and three dance studios, a ceramics studio, a computer lab, and a newly renovated music studio. The bulk of the activities offered include a multicultural series of music, theater, and dance performances, film screenings and lectures, contemporary visual arts exhibitions, in-school artist residencies, a series of almost 50 arts workshops, and free or low-cost after-school and summer programs. Whether you’re looking to attend a one-time event or wish to engage in a longer-term program, JCAL’s calendar is sure to please any arts enthusiast.
Open In Google Maps
161-4 Jamaica Avenue, Jamaica, Queens New York, 11432, USA
+17186587400
Visit Website
Visit Facebook page
Give us feedback

Candy Store, Dessert Shop, German
Facebook
Email
Twitter
Pinterest
Copy link
Share
Map View
Family run and owned since 1925, Schmidt’s Candy has become a landmark in this area of the city. The plan was to bring coveted old-world German chocolate recipes together with the finest ingredients, and the current owner of Schmidt’s still strives for the same, copper kettle, marble tables, and all! Whether you’re looking for old-fashioned penny candy or a more decadent handcrafted truffle, cluster, or fudge, Schmidt’s confectionary has what you’re looking for. A step into this shop is a step back in time, into a place that has been up and running for almost a century. Schmidt’s even offers trays and baskets that can be personalized for any occasion, be it a baby shower, birthday, wedding. Freshly poured molded chocolate is another favorite, with old-fashioned molds from cats and cupie dolls to turtles and teddy bears. If you have a sweet tooth, Schmidt’s is a must-stop confectionary that has stood the test of time.
Open In Google Maps
9415 Jamaica Avenue, Jamaica, Queens New York, 11421, USA
+17188469326
Visit Website
Visit Facebook page
Give us feedback 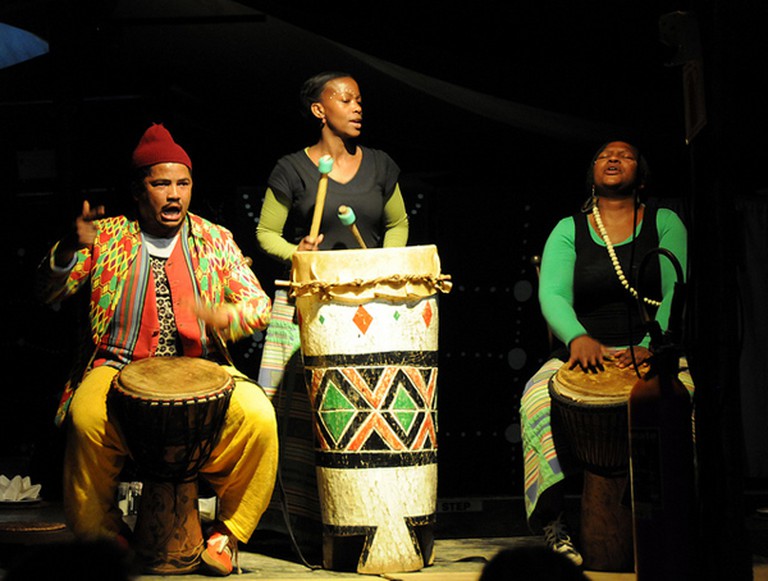 Maloney’s, NY | Flickr.com
If you are someone who prefers to hunker down at a bar with a game, Maloney’s Sports Bar and Grill is something right up your alley. With almost 50 HDTV’s—34 downstairs, 17 upstairs, with 9 visible from their outdoor patio—there is not a bad seat in the house for viewing your game of choice. To boot, Maloney’s has specials on food and drink every single day of the week, from $3 shots or margaritas to taco Tuesdays and a la carte brunch on Sundays. Other specials include discounts on bottles and drafts, beer buckets, bloody marys and mimosas, plus deals on anything from pasta and pizza to overstuffed burritos. Maloney’s offers pub grub to the max and drinks to match. If you like Maloney’s enough, you can even rent out the roof top or enclosed heated patio to hold your own private party or event. Whether you’re in for football, baseball, soccer, basketball, or UFC, Maloney’s TVs are equipped to accommodate whatever is in season.
Open In Google Maps
7201 West 79th Street, South Lakes, Overland Park, Kansas, 66204, USA
+19133859595
Visit Website
Visit Facebook page
Give us feedback

Theatre
Facebook
Email
Twitter
Pinterest
Copy link
Share
Map View
Founded in 1976, The Afrikan Poetry Theatre, Inc. is a non-profit organization that provides a range of cultural, educational, recreational, and social development programs. It began as a traveling spoken word & music theatre group holding open mics, poetry slams, and showcases. Since then, the organization has grown to hold a regular venue in Jamaica, a space that gives the youth a platform to create and express themselves. The African Poetry Theatre also hosts live music and a jazz concert series in addition to a spread of events like break dancing competitions, fashion shows, a women’s empowerment conference, drumming and piano lessons, plays in honor of black history month, and many others that promote the roots of culture in African American heritage. If you are in the Jamaica area, or are planning to be, see The Afrikan Poetry Theatre’s webpage for any upcoming events.
Open In Google Maps
17603 Jamaica Avenue, Jamaica, Queens New York, 11432, USA
+17185233312
Visit Website
Give us feedback 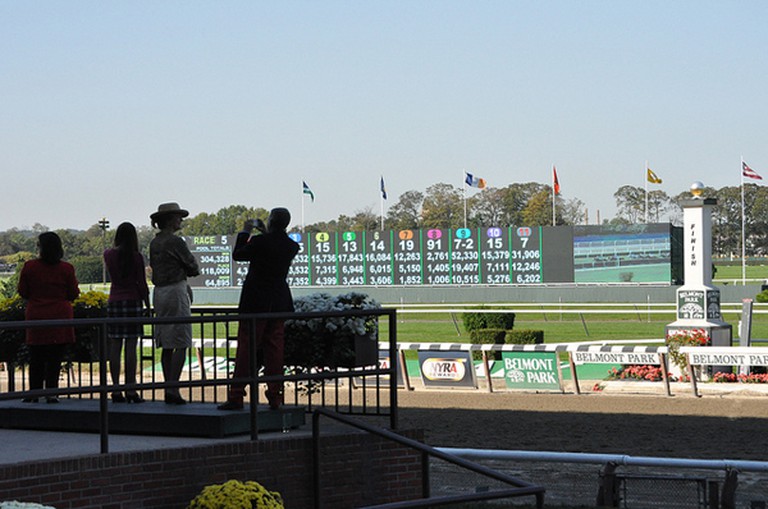 Flickr.com - Belmont Park
Named after the famed civil rights leader and former NAACP president, Roy Wilkins is more than just a park and recreation center. In addition to the expected utilities, like handball, basketball, and tennis courts, an indoor year-round swimming pool, bathrooms and showers, cricket fields, playgrounds, and even Wi-Fi hot spots, the park is a unique public space with innovations of its own. On the grounds there is also a 425-seat theatre, home to the Black Spectrum Theatre Company, which is devoted to performing socially-conscious dramas, addressing community and race issues. In addition to this distinctive attraction, the park is also home to a four-acre vegetable garden that gives local kids and adults the opportunity to grow their own produce at the center of a city. The 53 acres of the park began development in 1982, and have since evolved host a summer day camp, after-school programs, a counseling center, and a variety of community events. The park also contains an African-American Hall of Fame, located in the African Courtyard just outside of the theatre. Between the theatre, gardens, and limitless opportunities for activities, the Roy Wilkins Park and Recreation Center is sure to offer a full day.
Open In Google Maps
17701 Baisley Boulevard, Jamaica, Queens New York, 11434, USA
+17182768686
Visit Website
Give us feedback

Park
Facebook
Email
Twitter
Pinterest
Copy link
Share
Map View
Though not located directly in the Jamaica neighborhood, the Belmont Park Race Track is a place on the outskirts of town worth visiting. Established in 1905, the park is a major thoroughbred horse-racing facility, open for racing throughout May and June and into late July, and again from late September through late October. Known for the ‘Belmont Stakes,’ the facility is famous for being the true test of the champion as the third leg in the Triple Crown of horse-racing. Because of this status, Belmont is a place where history has been made again and again. The Triple Crown of winning the Kentucky Derby, Preakness Stakes, and finally the Belmont Stakes has only been awarded to the few, most recently to American Pharaoh in 2015. While the horse-racing is by far the main attraction, Belmont Park also hosts other events and festivals throughout the year. Whether you are a racing or history buff, or just want to see a place where American history is consistently made, the Belmont Park Race Track is a stop worth your while.
Open In Google Maps
2150 Hempstead Turnpike, Elmont, New York, 11003, USA
+17186414700
Visit Website
Give us feedback
Give us feedback