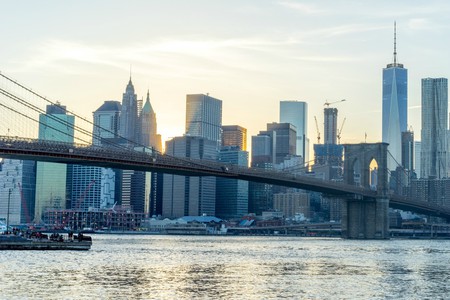 New York City’s Lower Manhattan area has some of the most character on this exuberant island that many call home, thanks to its rich cultural and ethnic diversity and history. Manhattan and its surrounding boroughs have evolved significantly over recent decades, but playful street art, lesser-known gardens, and historical landmarks provide a wonderful mix of old and new places to visit, picnic, and most importantly, to photograph. 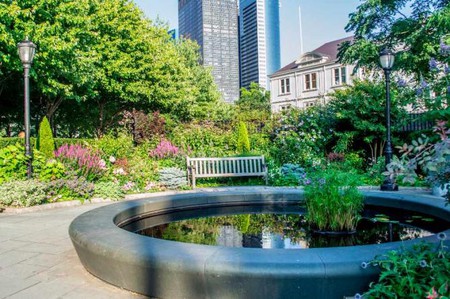 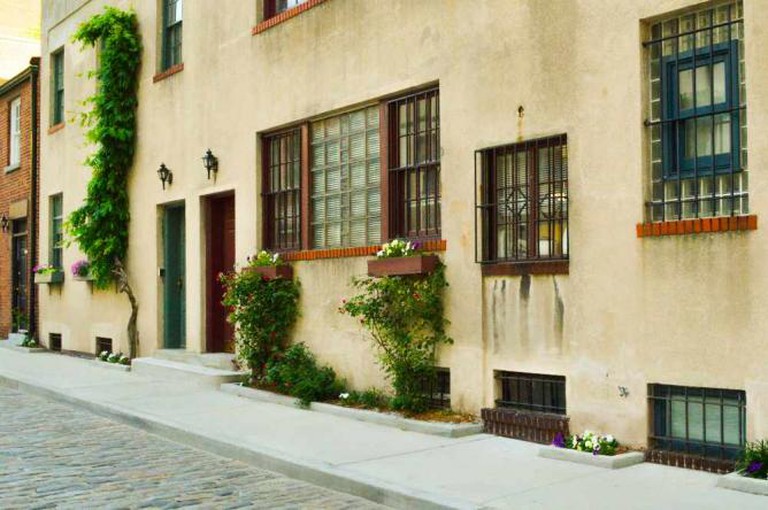 Washington Mews | © Rachael Elana Photography
Wagner Park is located nearby Battery Park but the serene, elegant gardens and walkways, accompanied by stunning views of the Statue of Liberty and the New York Harbor, feel like many miles away. Wagner Park is located between two restaurants: Pier A Harbor House and Gigino (which offers outdoor seating in warm weather). The park is also home to the Museum of Jewish Heritage. 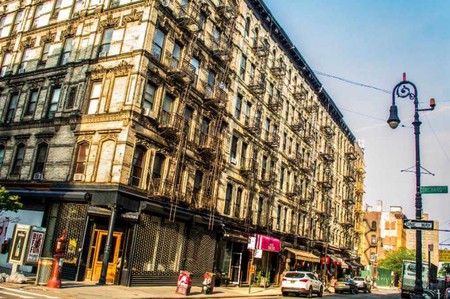 Look beyond the eclectic restaurants and new luxury condo buildings and uncover the remnants of the original Lower East Side, which tells the stories of immigrants who passed through this (formerly) most densely-populated place on Earth. The surplus of synagogues, churches, cultural centers, and ethnic food shops serve as a reminder of the diverse groups of people who moved here after passing through Ellis Island and the dedication they had to preserving their unique cultures while adapting to their new home in New York.

Lower East Side, From Canal Street to Houston Street between Bowery and the East River, New York, NY, USA 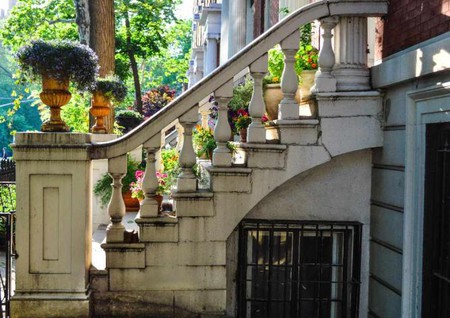 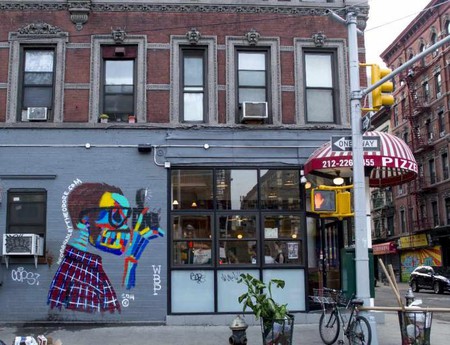 Street art in Little Italy and on the Lower East Side

Thanks to the L.I.S.A. Project (Little Italy Street Art), there has been a fantastic surge in brightly painted murals and designs around Little Italy. A particularly popular mural is ‘Audrey on Mulberry‘, painted by Tristan Eaton. Find other murals in Little Italy and the Lower East Side while wandering. 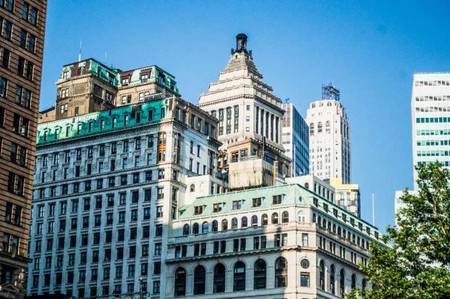 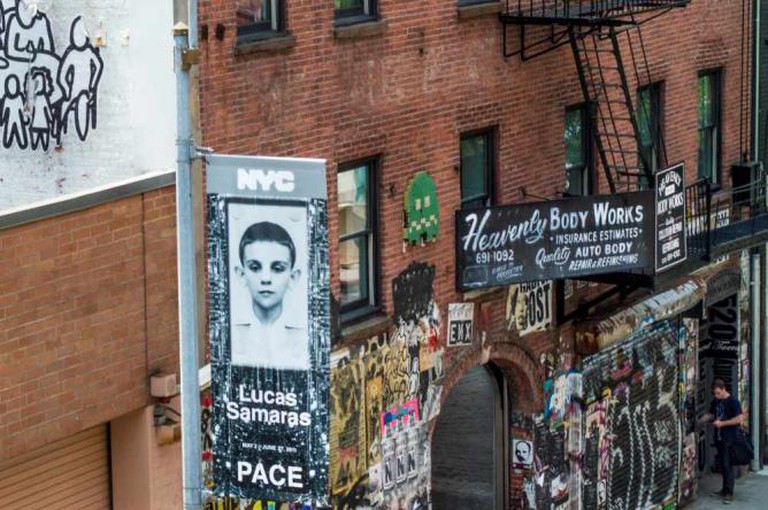 Four decades ago the Meatpacking District was not home to extravagant restaurants and chic boutiques—it was a breeding ground for drug dealing and prostitution, not a popular destination on the engagement photography circuit as it has become. Cobblestone streets and large, unique spaces along with vast street art bring together an eclectic mix of new and old New York. 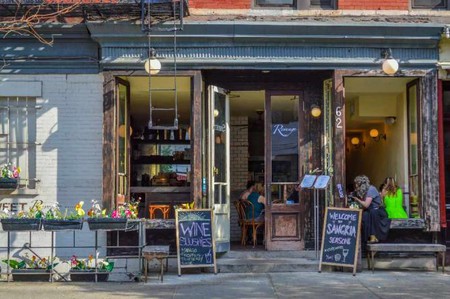 The mostly residential neighborhood of the West Village is quintessential romantic comedy Manhattan—tree-lined cobblestone streets, beautiful brownstones and charming cafés and restaurants such as Sweet Revenge monopolize this neighborhood, which extends from West 14th to Houston between the Hudson River and Sixth Avenue. 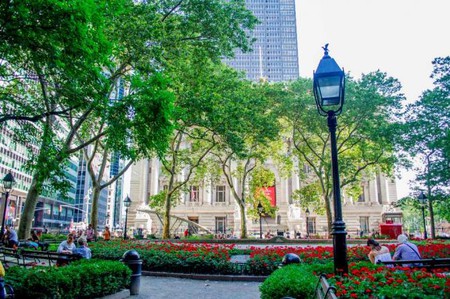 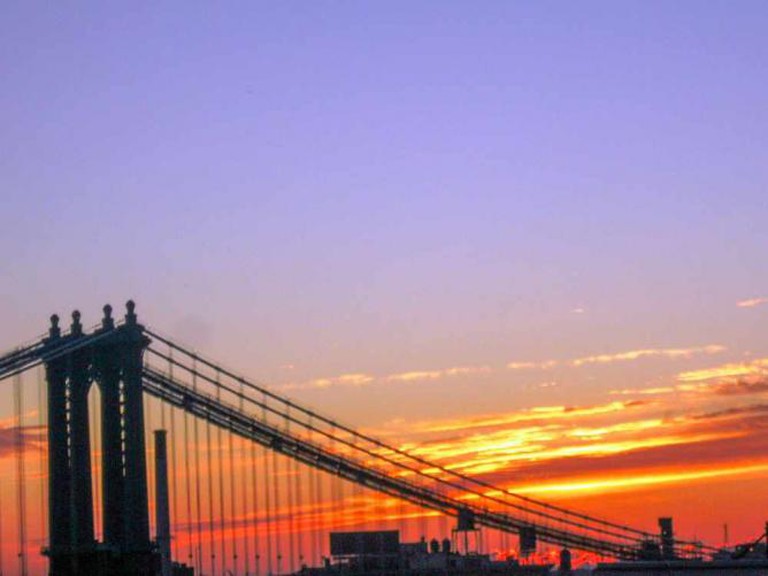 Brooklyn Bridge | © Rachael Elana Photography
Bowling Green Park is conveniently placed behind the famous bronze bull of Wall Street and in front of the Alexander Hamilton U.S. Custom House, which was built in 1789 as the oldest federal agency in America. Today, 1 Bowling Green is home to the National Museum of the American Indian. The Beaux Arts architecture, lively garden, and curving walkways make this a lovely spot for picnics and pictures alike. 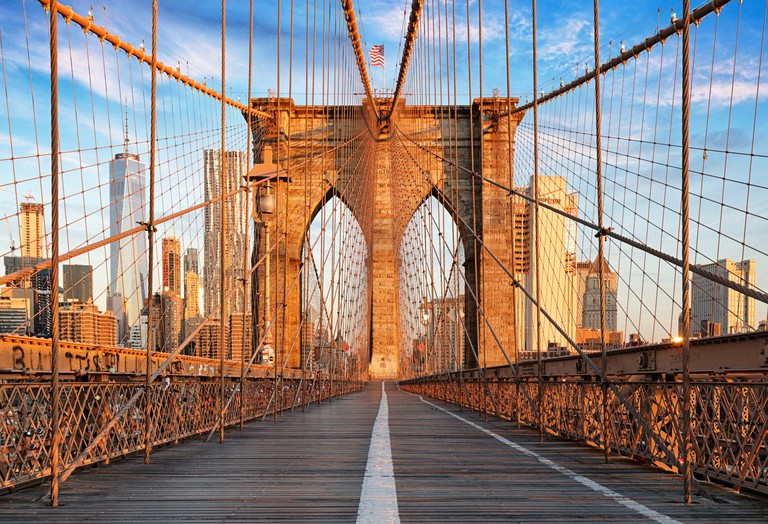 © TTstudio / Shutterstock
The Brooklyn Bridge is a beloved icon with fabulous views. During the day, especially during warmer months, pedestrians must dodge speeding cyclists and packs of runners. For a truly unique view, wake up early and catch the sunrise on the Brooklyn Bridge and photograph the neighboring Manhattan Bridge and Brooklyn and Manhattan skylines.
Give us feedback