10 Of The Most Influential NYC-Based Female Musicians 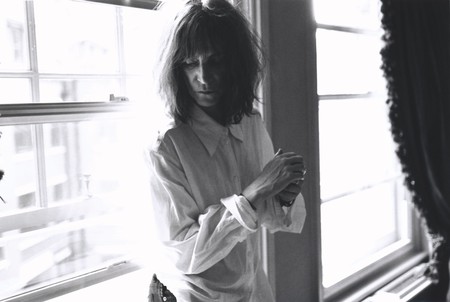 From the jazz music that reverberated down the streets of Harlem in the 1930s to the classical symphonies ringing out of Carnegie Hall, New York City has long since established itself as a diverse musical hub. It is still a place nascent talent comes to get its start, and it has been called home by many seasoned singers and musicians. Here is our list of 10 NYC-based women musicians.

Norah Jones’s unique rhythmic style and voice have set her apart as a singer and songwriter. Refusing to be bound by strictures of traditional musical genres, her music is an effortless, melodic fusion of jazz, folk, country and pop. Her debut album, Come Away With Me, sold 18 million copies worldwide. It also garnered eight Grammy Awards including Album of the Year and Record of Year for the single, ‘Don’t Know Why’. Since then, she has worked on collaborations with musical giants such as Ray Charles and has produced four studio albums. Each one is an invigorating rendition of the sultriness, soul and ingenuity that launched her career over a decade ago.

To say that Lady Gaga is a pop star is an understatement. Born and raised in NYC, Gaga spent years curating a uniquely extravagant public persona. She became a pop fashion icon, modeling cigarette sunglasses on the set of her ‘Telephone’ music video and wearing a ‘meat dress’ to the 2010 MTV Music Video Awards. Her debut album, Fame, won a Grammy for Best Electronic/Dance Album and produced two worldwide hits: ‘Just Dance’ and ‘Poker Face’. Her most recent single, ‘Till It Happens To You’, is stripped of the usual Gaga eccentricities but is ripe with powerhouse vocals that prove Gaga has managed to build an empire as much about shock value as it is about raw, vocal talent.

Cat Power (a.k.a Chan Marshall) was born in Atlanta, Georgia but migrated to NYC in the early 1990s. Her first album, Dear Sir, was funded and produced with the help of Tim Foljahn of Two Dollar Guitar and Steve Shelley of Sonic Youth. Her rustic, unfiltered and understated folk cadence gained her a respectable group of listeners. Following a break, she returned to music in 1998 with her third album, Moon Pix. The album included the song, ‘Sea of Love’, which would go on to be featured in the blockbuster hit Juno in 2008. Her 2006 album, The Greatest, reached number one on Billboard Chart’s Top Independent Album, proving she is a formidable musician in the indie music community.

One of the most recognizable jazz singers in the world, Holiday got her start singing at night clubs during the height of the Harlem Renaissance. One of her big breaks came in 1935 when she recorded ‘What A Little Moonlight Can Do’ and ‘Miss Brown To You’. The success of the songs highlighted her ability to deliver nuanced, emotional performances that struck at the heart of blues and jazz and the fraught history it was born out of. It also placed her above her contemporaries in depth and ability, something that proved valuable when she recorded ‘Strange Fruit’. The song, about the lynching of an African American in the south, was the pinnacle of her career.

Cyndi Lauper’s debut album, She’s So Unsual, established her as one of the greatest singer/songwriters and icons of the early 80s. The album secured her a Grammy for Best New Artist and included such hits as ‘Time After Time’ and ‘Girls Just Wanna Have Fun’. Her unique blend of new wave, punk, pop and reggae, coupled with her signature high-pitched voice and colorful fashion sense, had teen girls emulating her style and singing her songs into hairbrushes. In 2013, she returned to songwriting, composing the music for Kinky Boots. The success of the Broadway show earned her a Grammy for Best Musical Theater Album and a Tony for Best Original Score. The achievements attests to her genius, which transcends generations.

Karen O is best known as the lead singer for the band Yeah Yeah Yeahs, which formed in NYC in 2000. The group’s garage punk, indie-rock aesthetic led to the success of their first album, Fever To Tell. The album sold over 750,000 copies and received critical acclaim, particularly for their song ‘Maps’. At the time, O was one of the only females who managed to successfully break into the indie punk music scene. Following the success of their first album, O began branching out on her own. In 2013, her song, ‘The Moon Song’ was featured in the acclaimed film Her and received an Oscar nomination for Best Original Song. The understated and quietly riveting track showcases her diversity and artistry as a musician.

Patti Smith was a revolutionary force when she burst onto New York’s punk rock scene. In 1975, she released her debut album, Horses, which overflowed with her poetic sense of imagery. Her stripped-down vocals and candid performances flew in the face of the polished rock music that had come to dominate the music industry with its high production values and sound editing. Smith reveled in her art, releasing 11 albums over the course of her career that culminated into her induction into the Rock and Roll Hall of Fame in 2007. Smith is revered for the way she defied convention, single-handedly managing to reinvigorate rock and roll while paving the way for future generations of female rock artists.

Alicia Keys’s debut album, Songs in A Minor, launched her R&B career when she was just 20-years-old. The record sold 50,000 copies in the first day and over ten million copies worldwide, making her an international sensation. The album earned her five Grammy awards including Best New Artist, Best R&B Album and Song of the Year. The success of her first album solidified her soul-inflected bravado, which stood at odds with the sugarcoated pop anthems of her contemporaries such as Britney Spears. Her most recent album, Girl on Fire, peaked at number one on Billboard Chart’s Best R&B Album three years in a row and earned Keys her 11th Grammy, becoming a surefire testament to her talent and staying power.

Before Carole King released her first album, she was a prolific songwriter with her writing partner, Gerry Goffin. The two penned notable hits including The Chiffon’s ‘One Fine Day’ and Aretha Franklin’s ‘(You Make Me Feel) Like a Natural Woman’. Her debut album, Tapestry, was released in 1971 and sold over 25 million copies. That year, she became the first female artist/writer to win Grammys for Best Album, Record and Song of the Year in the same night. King has been inducted into the Songwriter’s Hall of Fame (1987), the Rock and Roll of Hall Fame (1990) and received The National Academy of Songwriter’s Lifetime Achievement Award. She remains one of the most respected and cherished female songwriters in pop music history.

Jennifer Lopez began her career in Hollywood, acting in blockbuster hits such as Out of Sight alongside George Clooney. She branched into the music industry with the release of her first album, On the 6, in 1998. It immediately garnered her respect as both a talented actress and singer. Her third album, This Is Me…Then, included the chart topping single, ‘Jenny From the Block’. The song is a pop-rock anthem of silky smooth vocals with a strong, head-bopping beat. In it, she pays respect to her roots growing up in the Bronx while celebrating her success as a woman of color. In 2011, she decided to lend her expertise to future generations of singers and performers by becoming a judge on American Idol.