10 Gorgeous Views Of The Brooklyn Bridge 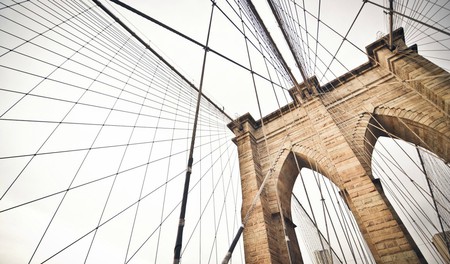 The Brooklyn Bridge is not only one of the oldest bridges in the United States; it’s also one of the most photographed New York City landmarks. The bridge was completed in 1883 and connects the boroughs of Manhattan and Brooklyn over the East River. It is a cable suspension bridge that is around 1,600 feet long, and is both a National Historic Landmark and a National Historic Civil Engineering Landmark. 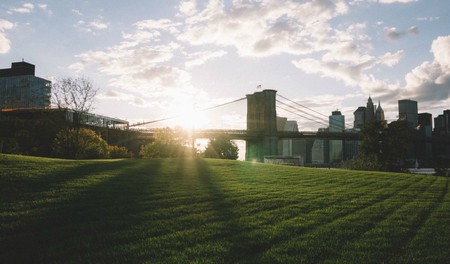 From the Brooklyn Bridge Park in DUMBO, Brooklyn, the bridge looks stunning between the green grass and the blue sky with the sun peeking through. 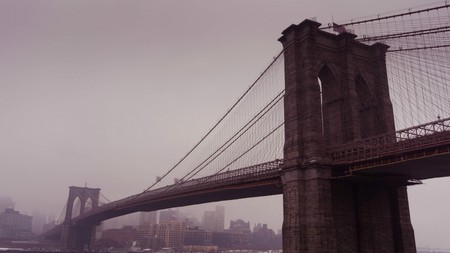 On cloudy days, the Brooklyn Bridge is beautiful and strong. 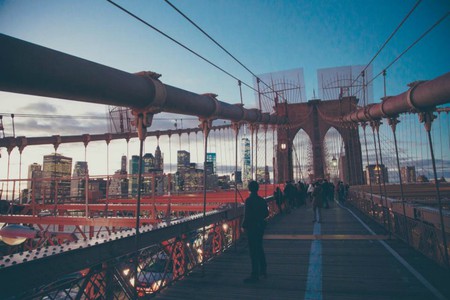 Everything becomes red in the twilight hours on the East River. 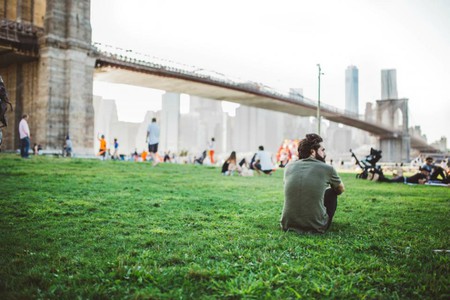 Sights, colors and sounds below with the large brick bridge above have all the makings for a perfect afternoon.

This shift in perspective highlights the groundbreaking cable work found in the bridge. 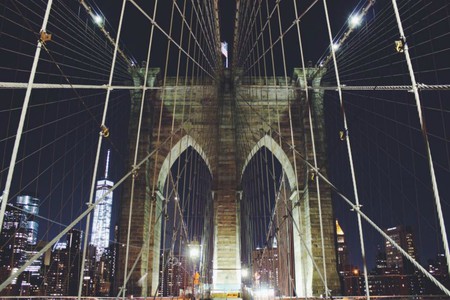 It’s all bright lights in the big city. 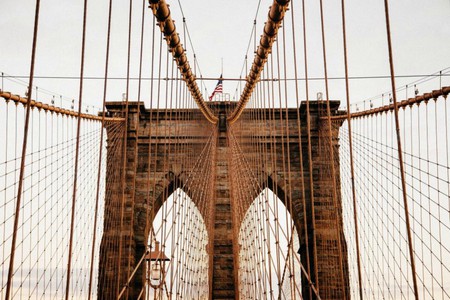 The bronze and brown stand out against the pale morning sky. 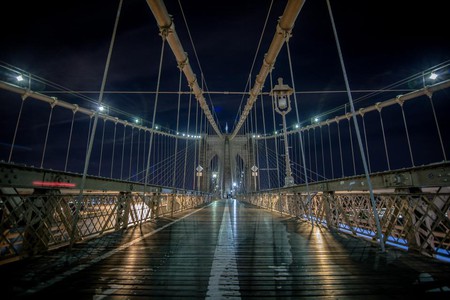 This interconnected web shows a new perspective on the bridge. So much wire. 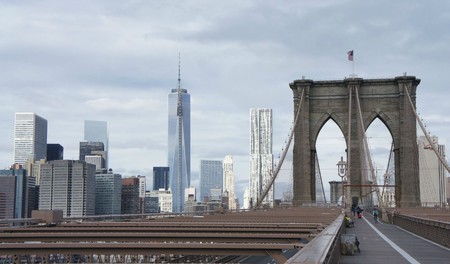 Lower Manhattan stuns in this picture from the bridge. 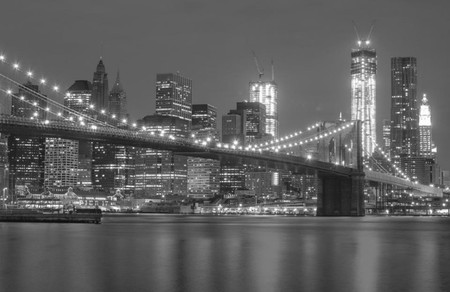