Given New York’s obnoxious traffic, this city’s saving grace is its plethora of cycle routes. Crisscross the five boroughs exploring parks, waterfronts and beaches with our guide to the best bike paths in NYC.

America’s oldest bike path begins at the edge of peaceful Prospect Park in Brooklyn and ends at the Coney Island seaside, just outside rowdy boardwalk mainstay Ruby’s Bar & Grill. Commissioned by landscape architects Frederick Law Olmsted and Calvert Vaux (the duo responsible for Central Park and Prospect Park), the 5.5-mile (9-kilometer) route was completed in 1894 and was designated a scenic landmark in 1975. It’s still one of the prettiest bike paths in the city.

Spanning 11 continuous miles (18 kilometers), the Hudson River Greenway is a long strip of smoothly paved bike path that offers scenic views of the Hudson River all the way from Fort Tryon Park in the north to Battery Park at the southern tip of Manhattan. The Greenway is also a great jumping-off point to explore some of the city’s most famous sights along the route, including the High Line, Times Square and the 9/11 Memorial. 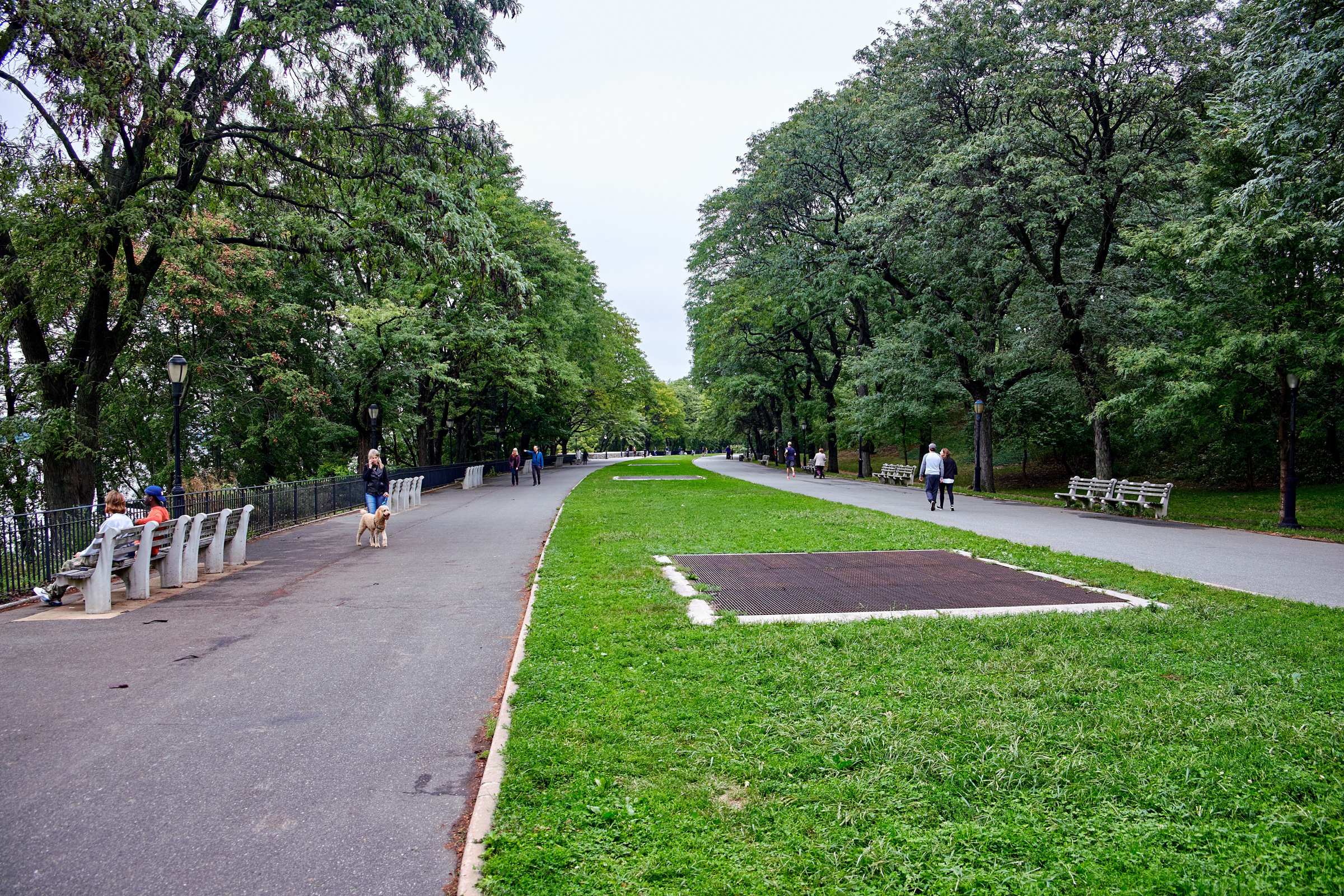 This old military base has been substantially developed since it was designated a national monument in 2001. Besides being a destination for the arts, culture and an increasingly decent food scene, it’s also one of the best car-free places to cycle in the city. Riders will find tree-lined trails, old mansions and sensational views of Lower Manhattan and New York Harbor. 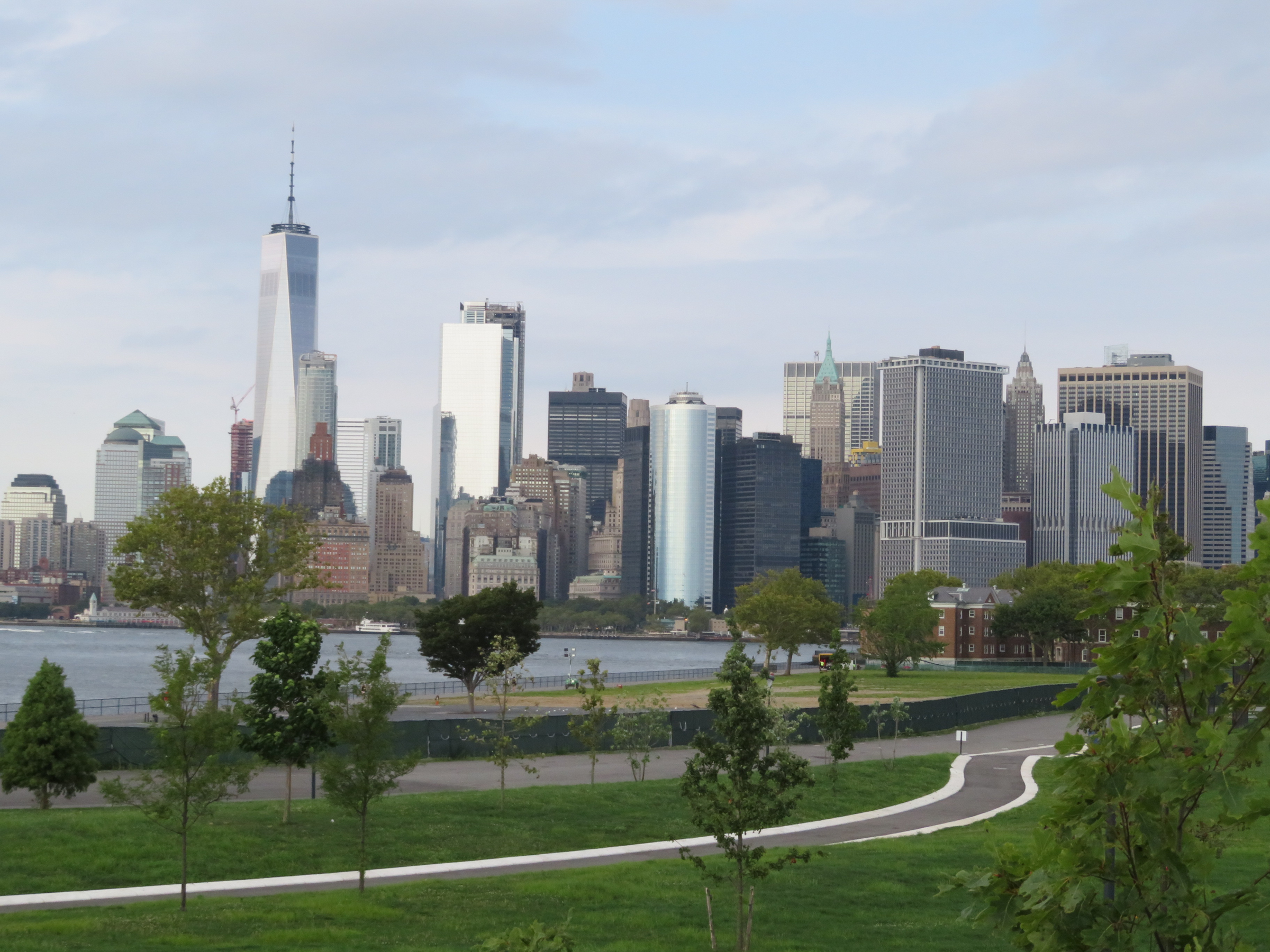 Adjacent to the Bronx River Parkway, this ride primarily runs through affluent and leafy Westchester County. The path begins at Oak Street in Mount Vernon and continues north through the 807-acre Bronx River Reservation, ending at Kensico Dam Plaza in Valhalla. It’s a 13.2-mile (21-kilometer) trip one way with plenty of unexpected sights – like the Concrete Plant Park, a waterfront development with industrial sculptures, kayak launch areas and idyllic picnic spots.

This leisurely route begins at the B/Q stop at Sheepshead Bay/East 16th Street or at the Howard Beach A train stop. The ride is about seven miles (11 kilometers) through quiet residential streets and continues along a bike path flanking the beaches until it hits the Marine Parkway Gil Hodges Memorial Bridge. Head left after the bridge to Jacob Riis Park, where you can check out the old Art Deco bathhouse and grab some tacos at the Beach Bazaar.

One of New York City’s biggest attractions also offers riders three bike paths: a 6.1-mile ride, a 5.2-mile ride and a 1.7-mile ride (approximately 10 kilometers, 8 kilometers and 3 kilometers, respectively). All the paths have been car-free since the summer of 2018, making it even more enjoyable to traverse the flats and hills while taking in lakeside and forested scenery. 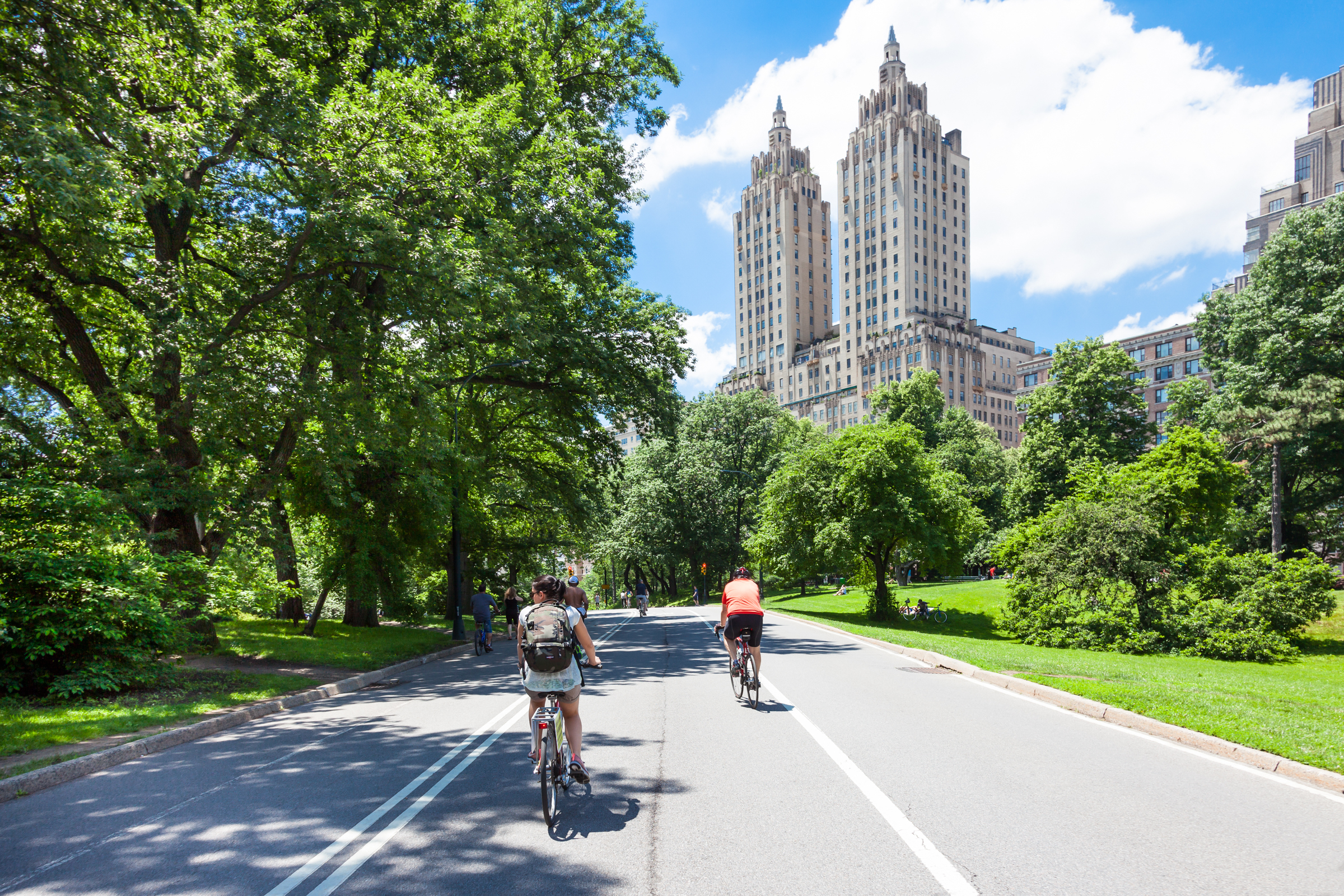 It takes around 30 minutes to complete the 3.35-mile (5-kilometer) loop that runs along the interior perimeter of Brooklyn’s most beloved green space. That leaves plenty of time to enjoy the highlights of Prospect Park: the Grand Army Plaza, elegant boathouse, carousel, farmer’s market, sports courts and more. 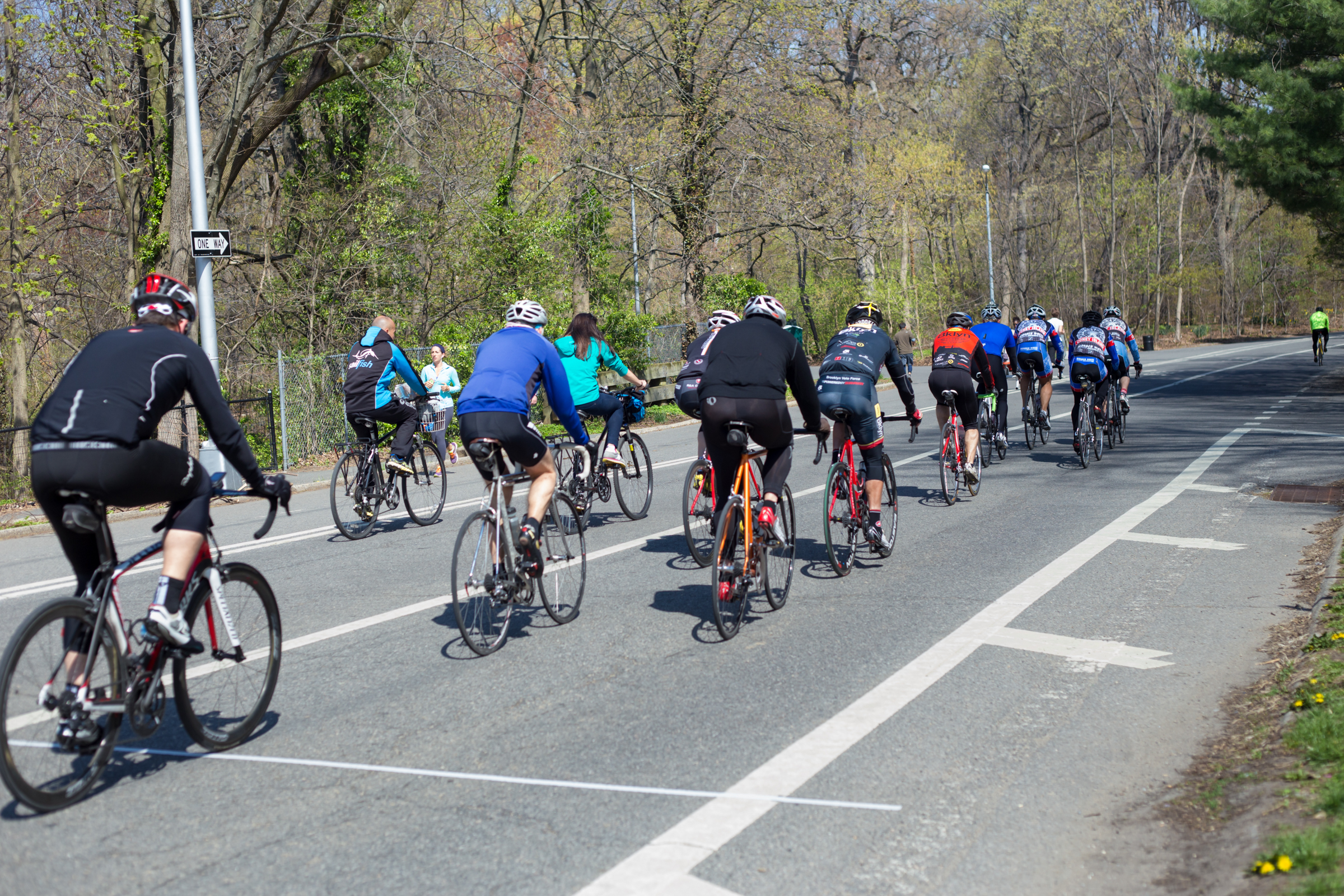 Situated at the point where the East River forks, between Manhattan and Queens, the conjoined Randall’s and Wards Islands create a 255-acre park with an intriguing history. (At various times it was a hospital for immigrants, a British military base and home to The New York City Asylum for the Insane). The view of the Harlem River and Manhattan on the west side is really pretty, and the bike path is pleasingly underutilized and quiet.

For a less touristy path ride north from Pier 84 in Midtown Manhattan and across to the Bronx, begin on the Hudson River Park bike path, pass under the George Washington Bridge and head up to Inwood Hill Park. Follow the route over the Harlem River and east through the Bronx Park. Eventually a series of smaller bridges will lead you to City Island – a quaint village with a New England feel where you can stop for lunch, shop for antiques and visit the nautical museum. 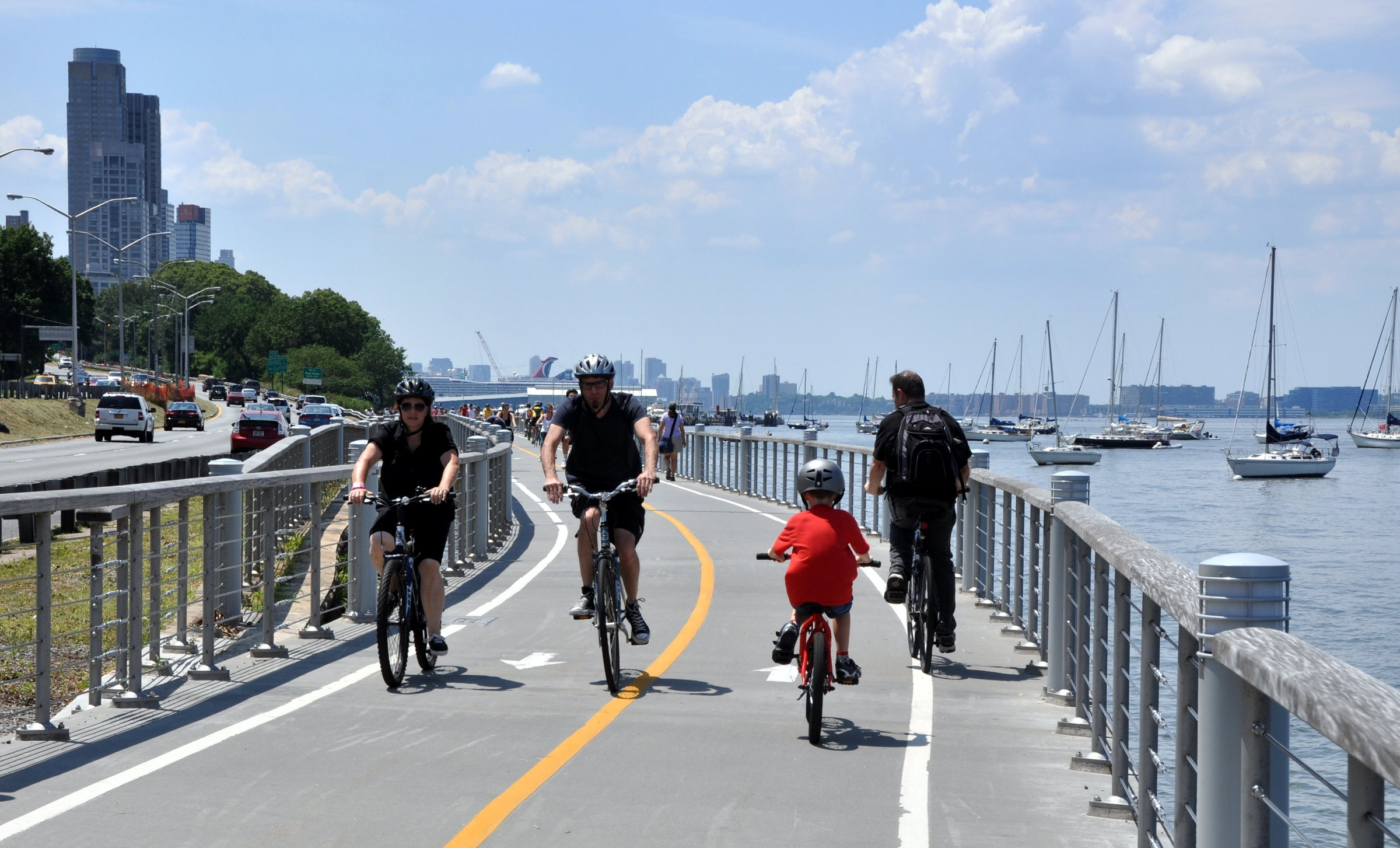