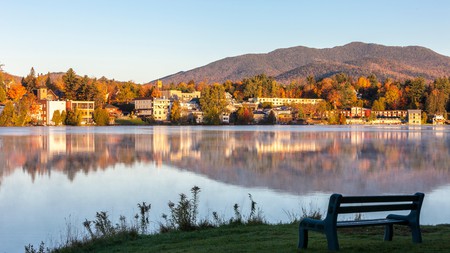 Whether you’re planning a weekend getaway or an afternoon escape from the city, New York State provides a wealth of scenic towns and villages to visit. With rich histories and booming culture surrounded by pristine countryside for walkers, hikers and explorers, there’s something for everyone in these 10 stunning locations throughout upstate New York.

Located along Skaneateles Lake in Onondaga County, the village of Skaneateles exudes natural beauty all year round. From charming inns and B&Bs to its historic downtown district with unique restaurants and one-of-a-kind shops and galleries, Skaneateles is a popular place for tourists, offering something for everyone. 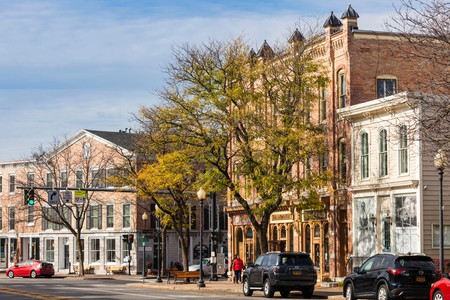 With a spot on the National Register of Historic Places, Cold Spring in Putnam County is a popular weekend getaway for New York City residents. The village center is quaint, featuring restored 19th-century buildings and independent shops. It’s the perfect place for a quiet stroll and is home to shopping, restaurants and charming bed and breakfasts. Here, hiking, biking, boating, golfing and kayaking are also at your fingertips. 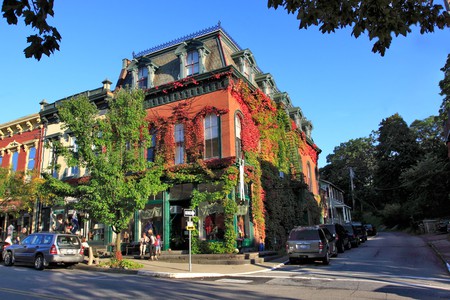 Located in Essex County in the Adirondack Mountains, the village of Lake Placid was listed in US News & World Report as one of the “6 Forgotten Vacation Spots” in North America. Surrounded by pristine natural beauty, Lake Placid is a popular destination for snow skiers, hikers and bikers. The village was founded in the 19th century, and today maintains much of its original small-town charm. 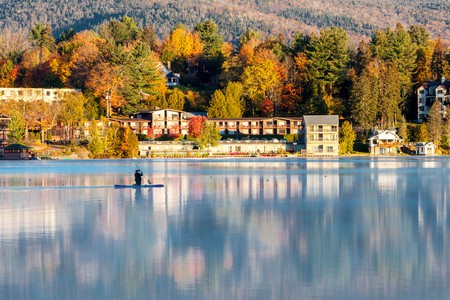 The city of Ithaca is a popular destination, widely known for its stunning natural beauty and thriving local culture. Dine at Ithaca’s one-of-a-kind restaurants, wander in and out of galleries, attend live-music events and explore the nearby gorges and the shores of Cayuga Lake. Home to a notable population of university students, Ithaca possesses a diverse community full of history and culture. 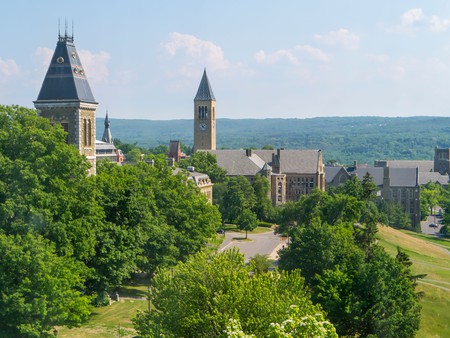 Less than an hour from Manhattan, this legendary village was made famous by Washington Irving’s celebrated tale. Having preserved much of its historical charm, Sleepy Hollow is home to several points of interest, including the Philipsburg Manor, the Old Dutch Church of Sleepy Hollow and the Sleepy Hollow Cemetery, where famed historical figures such as Andrew Carnegie, Brooke Astor and Elizabeth Arden are buried. In proximity to Tarrytown and scenic walking trails throughout the Hudson River Valley, Sleepy Hollow offers the ideal combination of nature and culture. 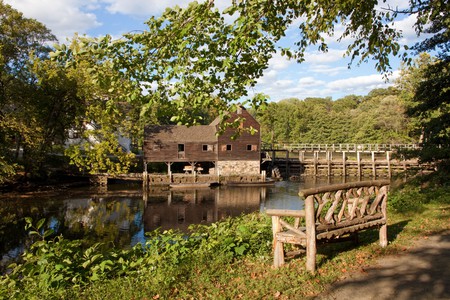 The town of New Paltz, located in Ulster County, lies approximately 88mi (142km) from New York City and 70mi (113km) south of Albany. Largely characterized by its student population, New Paltz is home to boutique shops and restaurants. The town offers countless outdoor activities and features several cultural and historical points of interest, including the Historic Huguenot Street and the Elting Memorial Library. 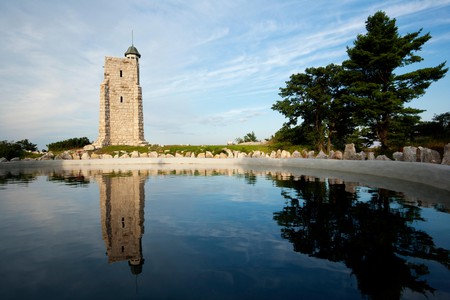 Located only 31mi (50km) north of New York City, Tarrytown sits on the eastern shore of the Hudson River. Steeped in local history, with original Dutch settlements dating back to the 17th century, Tarrytown is an ideal destination for New Yorkers looking to escape the city for a day. Points of interest include Lyndhurst Mansion (Jay Gould’s Gothic Revival estate), Sunnyside (the home of famed American author Washington Irving) and Castle Hotel & Spa (a 19th-century Norman-style castle on the Hudson River). 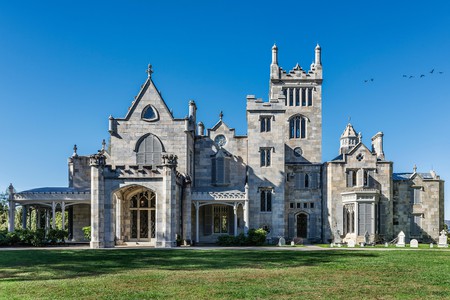 Ranked one of the top 10 places to live in New York State, Saratoga Springs is a picturesque city located north of Albany. The area was settled by English colonists in the 17th century and played an important role in the Revolutionary War. Today, Saratoga Springs is best known for horse racing but prospers culturally from the Saratoga Performing Arts Center as well as the summer residencies of the New York City Ballet and the Philadelphia Orchestra. 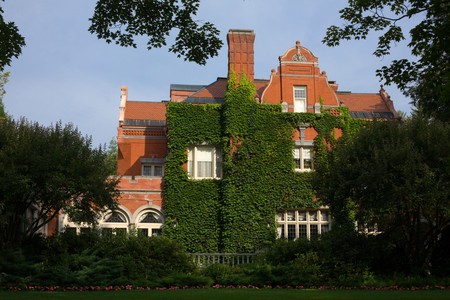 One of upstate New York’s cultural center points, Woodstock is best known for sharing a name with the legendary 1969 music festival, which took place 60mi (97km) away in Bethel, NY. Today, it remains a historical and cultural haven for visitors. A popular place of congregation for artists due to its natural beauty, the town was a leading site of the Hudson River School in the 19th century, followed by the Arts and Crafts Movement in the early 1900s. The founding of the Byrdcliffe Arts Colony further defined Woodstock’s cultural influence. 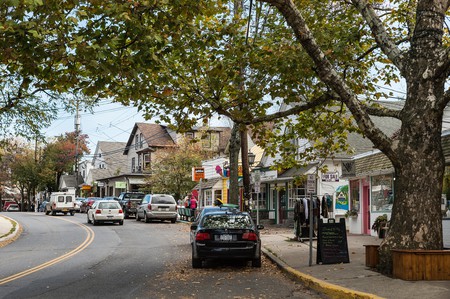 Popular thanks to its proximity to the bucolic Watkins Glen State Park, the village of Watkins Glen lies at the intersection between Seneca Lake and the Chemung River. It’s perhaps most widely known for its ties to auto racing throughout the 20th century and continues to attract tourists each year with summer festivals and outdoor activities such as hiking, camping and fishing. 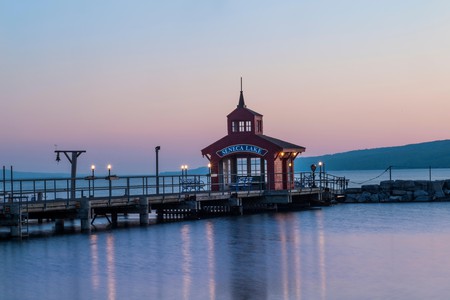